Simon Glendinning invokes Shakespeare’s King Lear to explain what Brexit means to someone who wholeheartedly supported the Remain side. While comparing the vote to a self-inflicted wound, he shies away from fatalistic projections about the future and compares it to other events in Europe’s modern history when many had thought things couldn’t get much worse.

In a bizarre twist of fate I was in Brussels in the week when the referendum took place in the UK. Working with a group of academics from across the EU and beyond, I had enjoyed a few days of happy speculation about a very close result, all the while quietly expecting a small Remain majority, which is what I wanted.

Waking to the result in my hotel room I spent the next hour in a stunned but solitary silence. As I walked over to the morning meeting, I felt my speechlessness becoming public. I struggled for something to say, but had absolutely nothing of my own that seemed up to the task. I still feel a little like that now. But at that moment in Brussels someone else’s words came to me, ran through me, and gave me the terms for coming to terms with what was going on. Shakespeare, so often the supplier of our English words, gave me words. I could not speak them, I was speechless remain. So after a few moments of unaccountable coffee-talk, I took up a marker pen and simply wrote my speech on the meeting room whiteboard:

And worse I may be yet. The worst is not, So long as we can say, ‘This is the worst’. (King Lear) 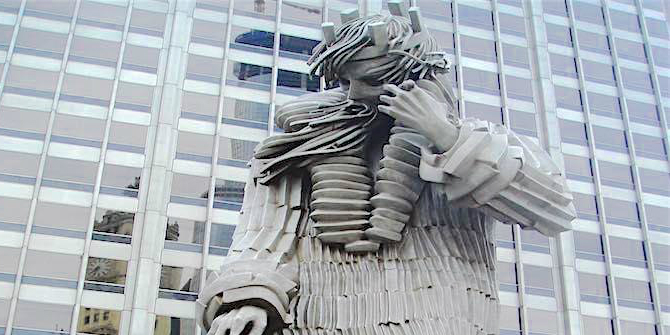 I was saying, I could say, ‘This is the worst’. And hence it was not the worst. Instead of a dying King speaking of the movement of his own life’s ending, I wanted these words also to voice the voice of my country speaking, from its already fragile union, but able still to speak in its name—which so dramatically, if not entirely eloquently, it had just done in a narrative that seemed to me to announce only the moment of a self-inflicted wound, a wound which could leave it more radically speechless than I had yet become.

Starting the meeting in Brussels, the EU official in charge found other words for us. As if simply for information, but putting in the air the words that would occupy me for the following days, he read out the Article of the Lisbon Treaty that related to the formalities relating to a Member State’s decision ‘to withdraw from the Union’. I had never heard of Article 50 before, but only a few hours later it became the centre of political attention when Prime Minister David Cameron, in announcing his resignation, announced that he would not invoke it, leaving it to his successor instead. Having so recently heard the words read out that everything begins with that event—‘a Member State which decides to withdraw shall notify the European Council of its intention’—I knew that this parting gift would become the beginning of everything before everything begins. Without such notification we remain, and a path to the worst is not yet. My first hope was that perhaps it may never be invoked: that we will always be only on the verge of another Brexit. That hope is all but extinguished, but most of the life-giving words that have come to me have found their breath in the thought that even if ‘Brexit means Brexit’, the window of possibilities of what that might mean is narrow.

But on that first day I was trying to find words to come to terms with the event, to participate in it mentally and psychologically, words that gave it shape and direction, words which would allow me to think still, ‘This is the worst’, and hence that the worst was not. These days the relieving words circulate around an ‘interim’ agreement that would hold off a ‘hard Brexit’—and which, like an uninvoked Article 50, could last forever. No doubt the terms for my relief will continue to mutate, as we begin to find out what Brexit means.

Finding words to accommodate the event also raised a wider question of what was going on—in the UK, in Europe, and beyond—that might have precipitated the UK’s (as I saw it) wounding blow against itself. One friend wrote to me that she felt we were in 1847, ‘the year before revolution’. John Grey saw ‘the magnitude of the upheaval that has occurred’ in equally world-historical terms, announcing, at least, the ‘unravelling’ of the European Union.

I am not comfortable with that apocalyptic tone. History, as Wittgenstein noted, rarely unfolds in the direction of expectation, and we have no clear idea of what ‘the year before’—the time in which we can still say, ‘This is the worst’—is like. Lear’s darkest silence may not even be preceded by anyone’s saying them.

Yet the referendum result certainly announces an end—and a certain imminence of that end haunts everything, if not its being imminent. To find our bearings in this event, I want to recall a brilliant essay by the French poet and essayist Paul Valéry, ‘The Crisis of the Mind’. The essay was written in 1919, and thus at the close of the most devastating war in Europe’s bloody history, with the death of millions. It is written with the melancholy sadness, a sort of mourning-before-the-fact, of someone who though feeling ‘everything has not been lost’, felt too that ‘everything has sensed that it might perish’.

The military crisis may be over. The economic crisis is still with us in all its force. But the intellectual crisis, being more subtle, and by its nature, assuming the most deceptive appearances […] this crisis will hardly allow us to grasp its true extent, its phase.

He looks back to the Europe before the war, to Europe in 1914, and tries to say something, after the event, about ‘the day before’ the event. And reflecting on this he sees ‘the most perfect state of disorder’.

This is not a state he entirely shies from. He calls it, precisely, ‘modern’, and speaks in the name of ‘we moderns’, using that in a boldly generic sense concerning any time or place of ‘formidable’ intellectual energy and ‘the free coexistence, in all […] cultivated minds, of the most dissimilar ideas, the most contradictory principles of life’; a time of intense cultural vitality, and, in pre-War Europe, he thought, of near ‘infinite potential’. Nevertheless, Valéry conceives the Europe of 1914 as having ‘reached the limit of modernism’; its ‘wealth of contrasts and contradictory tendencies was like the insane displays of light in the capitals of those days: eyes were fatigued, scorched…’. Perfect disorder (just as much as perfect order in fact) threatens the life of a culture (it has limits at both ends). That the upshot was war, which left Europe in ruins, seems to belong seamlessly to a phase already underway. Valéry’s essay had famously begun: ‘We later civilizations […] we too now know that we are mortal’. Have we reached such a perfect state of disorder in our time—or, more likely I think, is it just another moment in which we can say, ‘This is the worst’?

This post first appeared on The Forum and it represents the views of the author and those of the LSE Brexit or the LSE. Image credit: Will, ‘King Lear‘

Simon Glendinning is Professor of European Philosophy and Director of the Forum for European Philosophy in the European Institute at the LSE. His forthcoming two-volume book Europe’s Promise (Oxford University Press) traces the unravelling of Enlightenment Europe’s cosmopolitan hopes. His research interests include European identity, European modernity, and European politics. 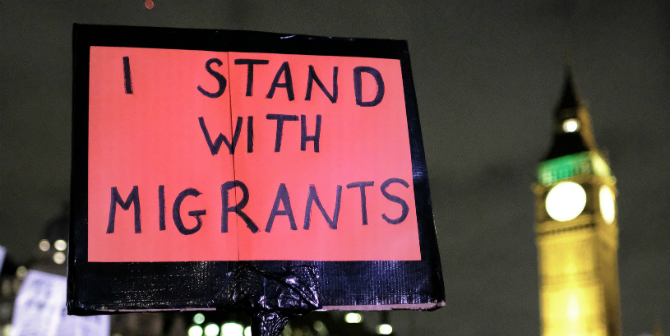 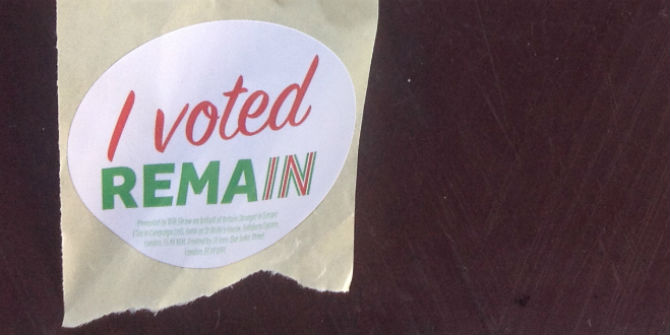