Post Brexit, the ensuing lack of EU agricultural subsidies will have a detrimental effect on the less developed regions of the UK, potentially more so than the end to EU regional development funds that have been benefiting already fairly well-functioning constituencies. In this piece Riccardo Crescenzi and Mara Giua explain the (un)intended consequences of Brexit in this regard.

What is the impact of European Union spending on the economic performance of beneficiary cities and regions? EU Regional and Rural Development policies do improve regional growth in recipient areas.  However, these policies are most effective in those regions which are already performing better socially and economically. Conversely, the often criticised agricultural subsidies of the Common Agricultural Policy (CAP) can be a more effective way of channelling resources to the most deprived areas than interventions which rely on the direct action of local people. This is because they do not require a lot of planning capacity locally – which deprived areas are unlikely to have.

The analysis of almost 90% of the funds coming from the EU budget over the two decades between 1994 and 2013, reveals a potential paradox of the EU Cohesion policy. It works better in the relatively stronger (and better performing) regions with comparatively smaller (although still positive) gains for the most disadvantaged areas of Europe.  Rural Development Policies – that have attracted increasing resources from the progressive reduction in funding of the more traditional market-based agricultural policies – are not systematically linked with regional economic growth. Some positive influence of these forms of territorial intervention only emerges in the most advanced and better-endowed areas: the rural areas of the ‘core’ of the EU not the most disadvantaged and peripheral.

The ‘traditional’ agricultural market-related CAP funding has also no direct link with regional growth. However, the influence of CAP on regional growth emerges in the most disadvantaged areas of the Union (those with a poor infrastructural endowment and less innovation). This suggests that traditional agricultural policies might be capable to channel their funds to the most deprived regions of the Union with some positive influence on overall economic growth. On the contrary, the planning and administrative complexity of bottom-up locally-driven interventions might lead to the concentration of their benefits in stronger areas. 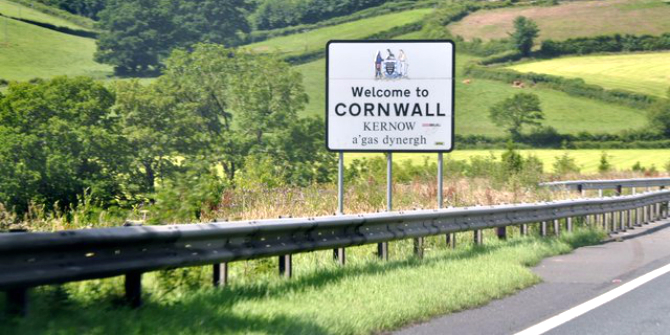 Where institutions are weak and local lobbies can form strong anti-growth coalitions the identification of local needs and the design and implementation of locally driven actions might be too difficult. In these contexts, ‘traditional’ centrally-controlled policies might be more effective in earmarking resources to support basic investment in physical and human capital in the most deprived areas. As a consequence, the current EU model to regional development policies is not necessarily the best possible solution for all regions. The experience of the EU suggests that it is necessary to carefully assess the best mix of bottom-up and top-down interventions to match the specific conditions of the various countries and regions. In the same vein, a national-level coordination and agenda-setting might also favour the coordination among various policies, overcoming existing conflicts and contrasts between various implementation agencies.

This evidence challenges the conventional wisdom that bottom-up policies (the approach that inspires the existing model of intervention of the EU Cohesion Policy) are intrinsically better able to promote regional development by tailoring programmes to local conditions and maximising local involvement. In fact, the top-down approach of the CAP is more effective in areas of highest economic distress.

As the UK considers what forms of support to fund after 2020 – when its guarantee to fully replace current funding from the EU expires – it needs to consider all possible intended and unintended effects of existing interventions, the consequences of their possible termination as well as the ‘optimal’ mix of top-down, centrally controlled funding versus a more locally driven approach. The ‘renationalisation’ of regional development and agricultural policies might offer the opportunity to reconsider the overall model of intervention in areas of socio-economic deprivation and economic stagnation. Providing effective support to the poorest regions is essential if the UK Government is to avoid exacerbating existing social and territorial disparities in the UK. However, in the absence of an evidence-based public debate on the best use of these resources, it is highly likely that local interest groups and sectoral lobbies – free from supra-national counterbalancing forces – will take this opportunity to reinforce their position and further increase their financial pay-offs.

This article is based on the evidence discussed in The EU Cohesion Policy in context: Does a bottom-up approach work in all regions?. This post represents the views of the authors and not those of the Brexit blog, nor the LSE. Image copyright Lewis Clarke and licensed for reuse under this Creative Commons Licence. 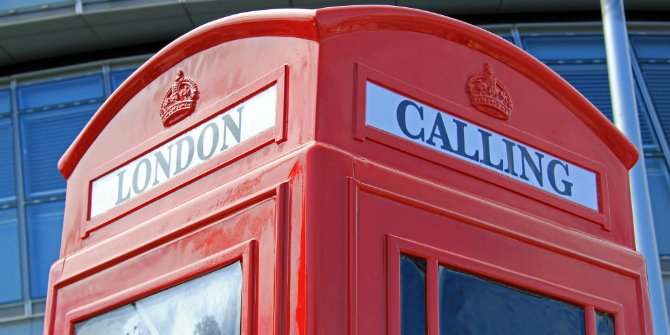 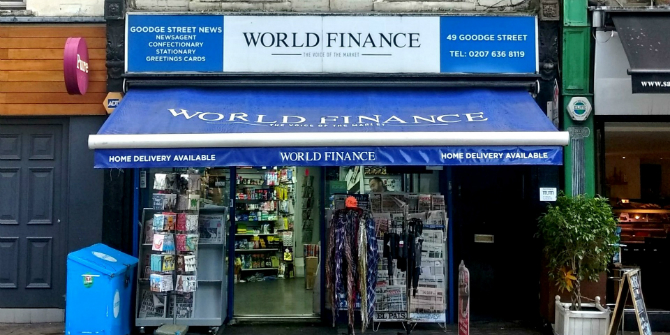