After denial, there is acceptance. Some in Labour have not yet reached this stage, but increasingly Labour MPs are discussing Britain’s future outside of the European Union. Richard Johnson writes that at the centre of this debate are two issues: Britain’s trading relationship with the European Union and immigration.

On immigration, there is a burgeoning debate within the Labour Party about whether or not Labour should argue for retaining freedom of movement, even after Britain leaves the European Union. There have been some surprising voices who have not only accepted the EU referendum result but also recognised that concerns over immigration were at its heart. These concerns were largely a product of people’s dissatisfaction with the effects of EU free movement since the European Union expanded in 2004. Hitherto ardent Remain campaigners such as Stephen Kinnock, Emma Reynolds, Rachel Reeves, and others have recognised that Britain cannot continue to accept limitless immigration from EU countries.

This is a positive step and essential for Labour’s survival as a mainstream political party. However, accepting the end of free movement is far from settled party policy. Some in Labour continue to have a tin ear. Clive Lewis, Labour’s Shadow Defence Secretary, stated last week that drawing connections between freedom of movement and low pay or pressures on public services was ‘pander[ing] to xenophobia or intolerance’. Lewis is right, of course, that individual EU migrants should not be blamed. They are simply following the economic logic of existing rules. Lewis does not acknowledge, however, that opposing prejudice against immigrants is also compatible with believing that governments should govern the laws of economic migration in the interest of labour.

In his speech to Labour conference this year, Jeremy Corbyn stated ‘It isn’t migrants that drive down wages; it’s exploitative employers and the politicians who deregulate the labour market and rip up trade union rights.’ For Corbyn, it seems, immigration does not need to be controlled as long as there are strong labour rights in place.

There are a few problems with this position. First, by being willing to work for less pay than others, low-skilled immigrants have driven down wages. To say this is not to blame them personally or cast malice on them; it’s economic reality. They are working in a system which makes them richer, but which makes the existing low-skilled population in their new country poorer. A study from UCL found that in Britain immigration  has depressed wages below the 20th percentile of the wage distribution, but led to slight wage increases in the upper part of the wage distribution.

In a system with free movement across the EU but with unequal political economies in each member state, this pattern only intensifies. For example, when the minimum wage in some EU countries is as little as £1.36 per hour, the incentive to move to United Kingdom to do the same job at the £7.20 per hour minimum is intense. If workers in Britain had been doing the same job for £10 per hour, they now would have to accept lower wages or find a new job. Additionally, new immigrants are more likely to take jobs which require fewer skills than they are qualified to do because even lower-skilled jobs will pay more than their higher-skilled job in their country of origin. As a result, EU free movement has damaged most the living conditions of low-skilled workers in rich EU countries.

Second, Corbyn’s position provides no answers to the 4.66 million people who are self-employed, the fastest growing occupational class in Britain. There’s no unscrupulous employer to go after. Minimum wage enforcement doesn’t help. These workers still get undercut. Labour is offering them nothing, a major failing of party policy.

A third point is that labour regulation should not be seen as an alternative to immigration control. Regulating immigration is a form of labour regulation, one which can restrict supply to protect workers in a country while also meeting demand in industries where there are labour shortages.

Perhaps a small glimmer of comfort in Corbyn’s speech was that he did not explicitly commit Labour to support continued free movement. Corbyn offered only the vague comment, ‘We will tackle the real issues of immigration instead whatever the eventual outcome of the Brexit negotiations and make the changes that are needed.’

Sceptical about globalisation, Corbyn may personally be ambivalent about open borders. Shortly after the referendum result, Corbyn wrote a piece in the Guardian arguing, ‘If freedom of movement means the freedom to exploit cheap labour in a race to the bottom, it will never be accepted in any future relationship with Europe’. However, Corbyn will be under tremendous pressure from Labour Party members, who are wildly out of step with the British public on immigration and the EU, to support continuing free movement. 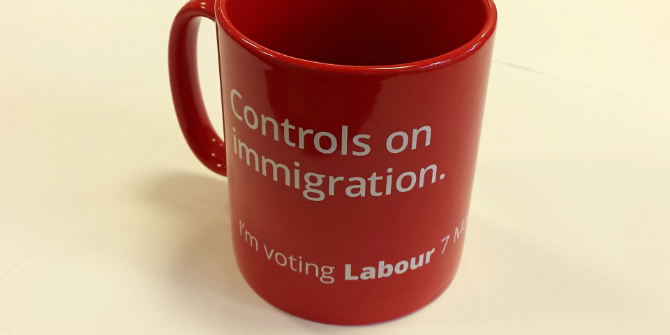 The electoral consequences of capitulating to Labour Party members on free movement would be disastrous. While people mocked Ed Miliband’s ‘Controls on Immigration’ mug, the policy on the mug is supported by the vast majority of the British public, including many who voted to Remain. Seventy-seven percent of the British public want to see levels of immigration brought down, while only 4 percent of the public want to see immigration increase.

People’s concerns about immigration haven’t been invented out of thin air. The real experience of immigration in Britain since the EU expanded into Central and Eastern Europe has been one of rapid change, over which people have felt little control. As Geoff Evans and Jon Mellon have shown, the salience of people’s concerns about immigration has closely tracked actual levels of net migration since 2004. Areas which saw the fastest increases in migrant populations were more likely to vote Leave. In areas where the migrant population increased by 200 percent or more between 2001 and 2014, there was a 94 percent chance of voting Leave.

The EU referendum was a great democratic moment. The British people decisively, with a majority of over 1 million and in the largest turnout in a British election since I was in nappies, voted to end the forty-year political union which Britain shared with, initially, eight and, now, twenty-seven other countries. The key concern was not an ill-judged slogan about NHS spending on the side of a bus. It was immigration. The seeds to the referendum result were sown twelve years ago when the New Labour government agreed to EU expansion into countries which were economically unprepared and without transition controls on immigration, leading to unprecedentedly high levels of migration.

To oppose new controls on immigration is to speak for, at best, the 4 percent who want higher immigration and the 17 percent who are satisfied with current levels. It is not a 48 percent strategy; it is a 21 percent strategy. Too many in Labour seem to want the party to become the Lib Dems of c2005 – one which appeals to liberal, university-educated, cosmopolitans in big cities and university towns. It’s a fine strategy, but only if you want to win 60 seats in Parliament.

This article gives the views of the author, and not the position of BrexitVote, nor of the London School of Economics. Image source. 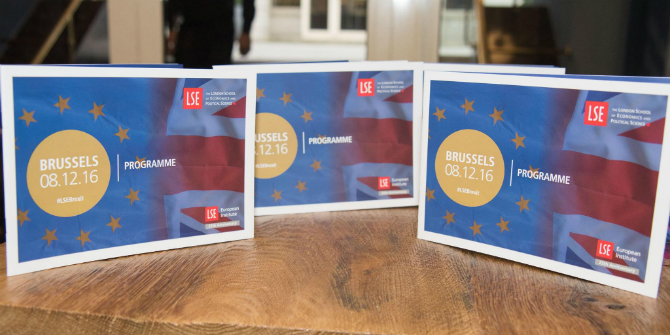 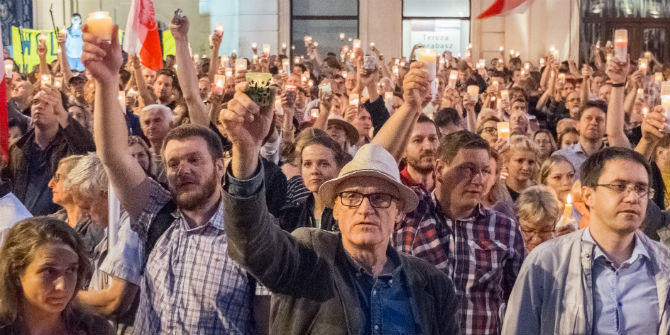 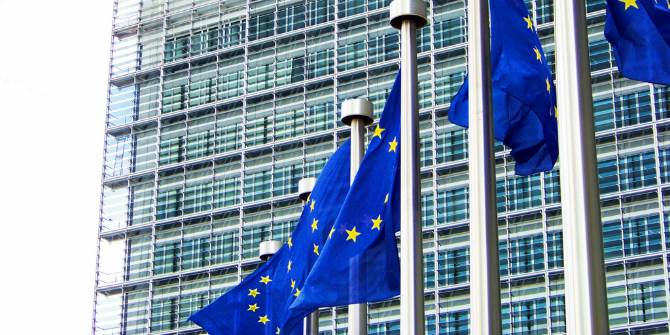