Several Labour MPs – as well as LSE Brexit contributor Richard Johnson – have argued Labour needs to abandon its support for freedom of movement within the EU. But Alexander Gard-Murray says they are confusing immigration with freedom of movement. The polls show voters do not want a drop in immigration to come at the expense of single market membership. Instead, Labour needs to show that austerity policies and not migration are to blame for declining public services.

Richard Johnson argued on LSE Brexit last week that the Labour Party should abandon support for free movement with the EU.  While I respect him and know his commitment to the Labour party and the country, I believe he is wrong on this issue.  The academic evidence doesn’t support his case, and neither do the polls.  Labour would serve the country better by continuing to advocate for free movement, while responding to people’s underlying concerns about job opportunities and the quality of services by championing more public investment.

Johnson makes two broad arguments. The first is economic–that free movement undermines wages.  It’s a popular sentiment, and one that certainly played a role in motivating people to vote Leave in June. But it is undermined by Johnson’s own evidence: the UCL study he cites found that immigration actually raised the wages of four out of five British workers.  That would still mean wages went down for the least well-off.  But that study was done in 2008, based on data from before the recession.  If we look at more recent work by the LSE’s Centre for Economic Performance, we find that “areas with large increases in EU immigration did not suffer greater falls in the jobs and pay of UK-born workers.” Even focusing on less-educated and lower-skilled UK natives, the LSE’s review still found no correlation between EU immigration levels and changes in pay and unemployment.  The falling wages that too many have suffered since 2008 have more to do with the global financial crisis and a slow recovery than with immigration.

Of course, just because the empirical evidence shows that EU immigration makes the country better off doesn’t mean that people believe it does.  And that brings us to Johnson’s second argument: that Labour should oppose free movement because polls show people want less immigration.

Picking policy based on polls is dangerous.  And policy stances should be evaluated on their merits, not just their poll numbers.  As the evidence discussed above suggests, free movement has brought more benefits than costs to the UK.  And that’s without accounting for the fact that EU immigrants pay more in taxes than they consume in welfare (which they do, according to both the Office of Budget Responsibility and two of the same UCL researchers whose work Johnson cites).

Chasing polls can also diminish your credibility.  There’s a reason all parties don’t just crowd around the same set of policies whenever new polls are released.  Johnson argues that “capitulating to Labour Party members on free movement would be disastrous.”  But ignoring doesn’t seem like a recipe for success.  If Labour abandons free movement, it risks shooting itself in both feet: alienating those voters who have stuck by it, while failing to attract anyone new.  Who is going to believe that Labour is more serious about reducing immigration than the Conservatives or UKIP?  Even if the party sincerely changed its position, it doesn’t have much room to credibly demonstrate its commitment to this drastic policy shift.  Labour won’t be in power for another four years at least, and the government doesn’t seem inclined to let Parliament have much say over the Brexit negotiations.

Finally, even if following the polls were a good plan, Johnson is following the wrong ones.  The survey Johnson cites is about immigration levels in general, not EU free movement.  Yet people could be in favour of free movement, especially as part of a deal with the EU over remaining in the common market, while still preferring lower levels of immigration.  And that’s what the polls show.

In the YouGov survey conducted after Brexit, 79 per cent of respondents believed keeping free trade with the EU was very or fairly important.  And crucially, 52 per cent of respondents believed that allowing EU citizens the right to live and work in Britain in exchange for keeping free trade would be worth it, versus only 33 per cent who thought it wouldn’t be.  That’s a gap of nearly 20 percentage points in favour of keeping free movement to secure free trade.  Even if the 15 per cent who didn’t know where they stood were persuaded to oppose free movement, it still wouldn’t outweigh the majority in favour of it.

The Labour party has two choices

Or it can present a pragmatic, social-democratic case for continuing free movement alongside a robust campaign of investment in public services.  For many people, the problem is not immigration itself, but the impact on things like job opportunities, housing, education, and the NHS.  Cutting immigration isn’t going to fix these problems: if we trust the economic evidence, it may make them worse.  But these people are potential Labour voters, if only the Labour party can convincingly draw the line between weakened job opportunities, weakened public services, and the sustained underinvestment of the last six years.

Labour’s message to voters concerned about immigration should be this: if our country wants to keep the benefits of immigration and trade, and weather the costs, we need to make stronger investments in our public services, in our schools, in our hospitals, and in our local economies.  Britain should grow, not shrink.

It will be an uphill climb.  Labour has no easy path to victory.  But the best way to deal with immigration, an issue where Labour lacks trust, is to link it with issues where the party still has credibility, like the NHS and being on the side of ordinary people.  The Migration Impact Fund is a good idea, but is too small to be anything but a first step.  Spending plans across the manifesto should be considered and framed in terms of helping the country deal with pressures from immigration.

Brexit does not change parties’ responsibility to promote the policies they think will best serve the country’s interest.  Labour’s journey to victory will be hard enough without going against sound economic evidence, the positions of its membership, and the opinion of the public all at the same time.  The party should stand by free movement.

Alexander Gard-Murray is a doctoral candidate in politics at Nuffield College, Oxford.  His research interests are in political economy, climate change policy, and computational methods. 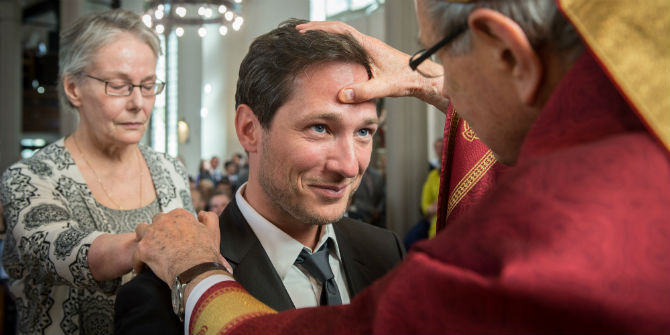 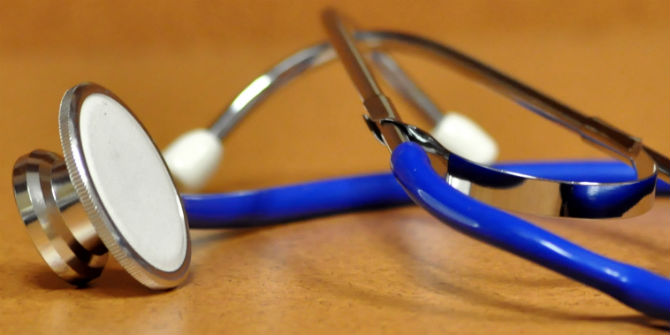