Tim Vlandas had hoped the referendum would have been the end of the obsession with immigration. Brexit would allow the UK to ‘take back control’ of  its immigration policy, thereby nullifying the need for politicians to talk about it on an almost daily basis. He argues, however, that in fact the reverse is happening. Having decided to leave the EU, the vote is increasingly interpreted as a call to end immigration almost entirely and, furthermore, it is discussed even more often and more negatively than before the referendum.

Instead of just imposing immigration controls if the government wishes to do so, we now hear a flurry of xenophobic policy proposals which are ironically unlikely to have any noticeable effect on immigration flows. There were suggestions that companies would be ‘named and shamed’ for hiring foreigners. Other ideas included preventing the government from seeking advice from non-UK citizens about Brexit-related matters, presumably for ‘security’ reasons. Immigrants should not, we are told, “take jobs British people could do”.

These proposals are economically illiterate as they implicitly accept the lump of labour fallacy that there is a fixed quantity of jobs in the economy. They are also clearly nationalist insofar as they posit work should be shared first and foremost among ‘deserving’ natives,  that we must identify and count foreigners, and that both companies and the government should not rely on foreigners to advise or work for them, at least in some instances. The question remains, however, whether these policy proposals and this obsession with immigration represent the preferences of the wider population? Or put differently, is it the case that the UK is noticeably more sceptical of immigration than other European countries?

Is the UK noticeably more sceptical of immigration than other European countries?

To investigate this question, I turned to the survey data available from the European Social Survey; without a doubt one of the best cross-national academic surveys available. The 7th wave of the ESS was carried out in 2014 and covers 20 countries of western and eastern Europe (one is not an EU member: Switzerland). I analysed the responses to the available questions on immigration. For each question, I then ranked countries according to their responses as a rough indicator of where the UK sits in Europe. Obviously, a more complex analysis could be – and should be – carried out, but the following discussion gives us a first glance at the magnitude of the anti-immigration sentiment in the UK.

Concerns about immigration do not seem to be primarily driven by ethnonationalism, i.e. a conception of the nation being premised on a certain ethnicity and/or religion. Or put differently: these questions are not where the UK ranks worst.

In the UK 1.4 percent of respondents thought it was ‘extremely important’ for someone to be white in deciding whether someone born, brought up and living outside the country should be able to come and live here. It is difficult to assess in and of itself whether this is high, but we can say that this is the 10th highest response (Hungary scores highest with 13.1 percent of respondents believing this is extremely important).

This only captures those respondents that selected 10 on a 10 points scale ranging from 0 ‘extremely unimportant’ to 10 ‘extremely important’. We can broaden the net by adding all those that selected 6 to 10: 7.7 percent in the UK did so, which again ranks them 10th, compared to more than 40 percent in Hungary and Lithuania (the two countries with the highest two percentages).

Overall, 17.3 percent of UK respondents answered ‘allow none’ to the question: how many Muslims should be allowed to come and live in one’s country? This is a very high percentage, but it still ranks the UK 13th with the top 2 countries (the Czech Republic and Hungary) having more than 55 percent of respondents choosing none. As much as 13 percent in the UK chose to ‘allow many to come and live here’ and 42 percent chose ‘allow some’ while 27 percent chose ‘allow a few’.

Overall, 12.1 percent of respondents in the UK ‘strongly agree’ it is better for a country if almost everyone shares the customs and traditions, which ranks it 10th (the Czech Republic ranked first with 29.5 percent), while 30.7 percent ‘agree’, 25.5 percent ‘neither agree nor disagree’, 25.9 percent ‘disagree’, and 5.8 percent ‘strongly disagree’.

The following question is clearly not about immigration but may tell us something about interaction between people: “Do you have any close friends who are of a different race or ethnic group from most [country] people? IF YES, is that several or a few?” In the UK, 21.7 percent responded ‘Yes, several’ which is the 3rd highest share after Sweden and Switzerland, and 36.9 percent said ‘Yes, a few’, but 41.5 percent said ‘none at all’.

Anti-immigration and negative perceptions of immigrants

As much as 17 percent of respondents in the UK want to ‘allow no’ immigration from poorer European countries (3rd after Hungary and Lithuania) and 31.9 percent say ‘allow a few’. Only 10.1 percent think we should allow many to come and live in the UK.

We can unpack this further by analysing differences between high and low skill immigration. Responses are quite different when comparing whether to allow professionals from poorer countries and whether to allow unskilled labourers. Only 6 percent of respondents in the UK want to ‘allow no’ professionals from poorer European countries (11th highest) compared to 35.1 percent for labourers (3rd highest), and 19.9 percent want to ‘allow a few’ professionals compared to 28.7 percent for labourers. Policy proposals that want to limit immigration into the NHS or highly skilled occupations may not have as much popular support. Questions about the importance of good educational qualifications for immigration provide consistent answers: 75.5 percent believe the educational qualifications of immigrants is ‘important’ (which ranks it 5th highest in the sample, after Austria, Germany, Estonia and Lithuania – the answers are ranked from 0 ‘extremely unimportant’ to 10 ‘extremely important’ and I added the numbers who chose 6 to 10). 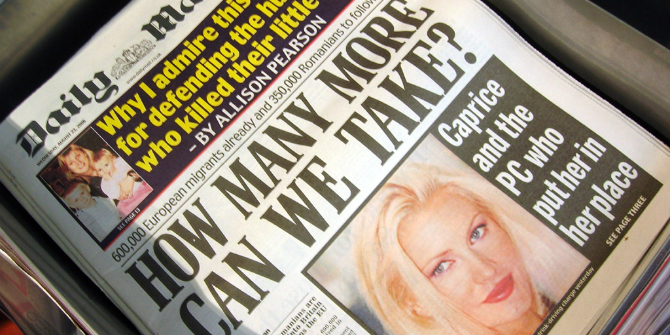 Moreover, many respondents were convinced that immigrants take out more than they put in in terms of taxes and public services – contrary to what the evidence suggests. Indeed, 42.8 percent chose a number between 0 and 4, where 0 is ‘generally put in less’ and 10 is ‘generally take out more’. This ranked the UK 6th worst in the countries under consideration in the ESS.  The ESS also asked respondents: Compared to people like yourself who were born in [name of a country], how do you think the government treats those who have recently come to live here from other countries? 19.7 percent responded ‘much better’ which ranks the UK 1st highest (followed by Ireland and France) and 26.4% responded ‘a little better’.

Overall, there is a strong anti-immigration preference among a significant part of the population, which is rooted in associations between immigration and a number of problems including higher crime, way of life, and insufficient jobs and public services. These associations clearly helped the Brexit camp and play into the hands of the far right, which has long promoted these associations. Misperceptions seem to abound about the effects of immigration. But even the assessment of the number of foreigners in the country is widely off the mark for most people. Indeed, when asked, “out of 100 people how many were born outside the country?” 3 percent said 60, about 9 percent said 50, about 9 percent said 40, more than 10 percent said 30, and more than 10 percent said 20, just to give some examples. In reality, a recent House of Commons library briefing paper placed the percentage of people living in the UK who were born outside the UK at 13 percent (Hawkins, Oliver (2016) House of Commons, library, briefing paper, migration statistics, Number SN06077, 5 September 2016: page 18). More than 40% of respondents grossly over-estimate the number of immigrants in the country.

The survey data reveals that the UK has among the highest anti-immigrant survey responses, especially within Western Europe. These results suggest that recent policy proposals tap into widespread anti-immigration sentiment, which may, of course, have been created by the media and political discourse that has been framing the issue so negatively for a long time now.

At the same time, the problem seems to be not just about whether immigration should or should not be restricted, and if so how, but more importantly about how to promote a more facts-based discussion of immigration. The fact of the matter is that a large part of the electorate has now wholeheartedly embraced anti-immigration attitudes.

Note 1: Design weights are applied throughout.

Note 2: I use the exact language and wording of the ESS for simplicity.

This post represents the views of the author and not those of the Brexit blog, nor the LSE. Image credit: (CC BY 2.0).

Dr Tim Vlandas is Lecturer in Politics at the University of Reading. For more of his research please go to timvlandas.com. 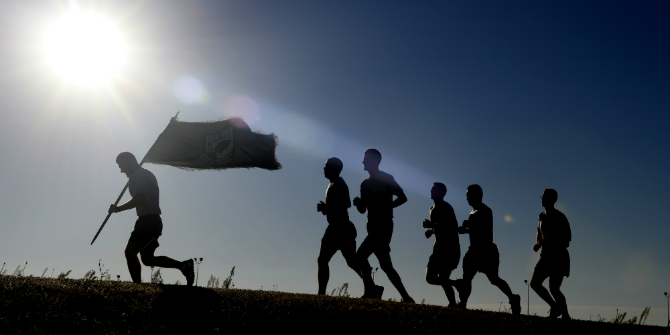 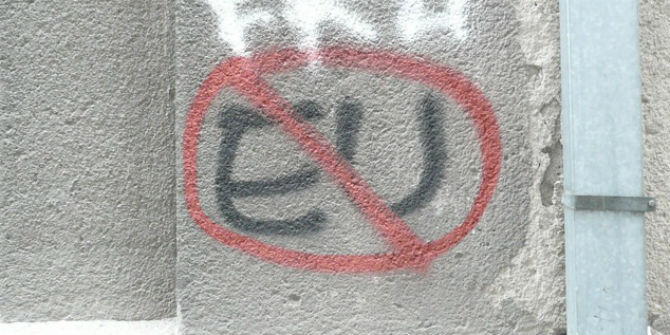