Despite the threat of populist nationalists seizing the day in the maelstrom of Brexit, the British centre-left has refused to reconsider its basic understanding of European capitalism. Douglas Voigt argues that for Europe’s sake, social democrats must recognise this economic system as the very source of injustice.

Since June 23, this obstinacy is reflected in the contrast relentlessly expressed by figures in politics and the media, such as Peter Mendelson and Polly Toynbee, dividing an ‘open’ and ‘fact based’ Europe governed by the free movement of capital, labor, goods, and services, and a ‘closed’ Europe governed by the echo-chamber of populist fantasies. This narrative effectively equates the xenophobic nationalism of Nigel Farage with the democratic socialism of Jeremy Corbyn. Yet, while the former has already marched through the Conservative party and into power, the center-left plunged Labour into a power struggle while seeking to defend the very ‘credible’ understanding of capitalism that had already been rejected by the public. This suggests a dangerous inability to grasp the nature of contemporary political economy – a weakness emerging from the intellectual origins of what has been called ‘neoliberal social democracy’.

Influenced by scholars like Anthony Giddens and Anton Hemerijck and implemented by Tony Blair and Gerhard Schröder, neoliberal social democracy celebrated the so-called ‘new economy’ of the 1990s, conceived of as an objective arbiter of talent, productivity, and consumer choice. The democratic state became subservient to global capitalism in this formulation, oriented only towards making its citizens more attractive investments through loosened labor laws, harsher welfare regimes, and job-focused educational schemes. After conducting extensive field research on the effects of such policies in Germany, my findings suggest two important elements applicable across Europe, shedding light on why we are witnessing the rise of populist nationalism today.

First, capitalist class relations clearly survive in the so-called ‘new economy’ and dismissing class conflict as Marxist claptrap is ignorant and self-defeating. Instead, class structure originates in law. For instance, European policy emerging from the Directorate General for Competition protects private investors from public competition regardless of the social need for investment in a given region. This deliberately enhances the power of private capital vis-à-vis citizens without financial assets. At the same time, through abandoning social policy to the open method of coordination, the EU effectively encourages a ‘race-to-the-bottom’ between welfare states seeking such investments. Both create a hierarchy in the legal code between groups of people, enhancing the power of those owning capital assets at the expense of those on welfare or working for a wage. Consequently, a useful model for identifying social class is not level of income, but its source. Although more complicated on the ground, in this analytical model, four basic classes are distinguishable: one, financial operatives focused on investment returns, traditionally described as rentiers; two, capital, which focuses on generating profits from sales; three, labour, which derives income from wages; and four, dependents on the welfare state or family generosity. This pattern of social differentiation has been integral to capitalism since its onset and continues to exist today. 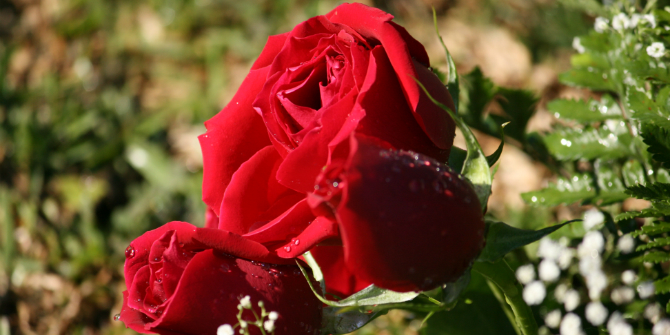 Recent evidence suggests this class structure is becoming both more entrenched and more unequal. Predictably, lower income intensifies everyday struggles for workers and dependents, as well as immobile and indebted small firms struggling to compete with large conglomerates or manufacturers outsourcing labor to China – hardly a paragon of democracy or labor rights. Alongside this transnational competition, small firms are obliged to pay off debt to globalized ‘rentiers’ which offer little flexibility and community-friendly compromise. In such an environment, the bottom line takes intensified precedence, requiring firms to treat wage laborers as expendable tools, undermining the social norms and equal respect at the heart of capitalist social democracy. The EU promotion of labor flexibility and competitiveness is consequently experienced as inflexibility and intolerance for workers, whose everyday struggles such as juggling childcare providers are increasingly disregarded by employers. Employers justify this through citing debt and competition – a logic cascading downwards from European competition law. EU policy thus enriches the rentier class while undermining the basic social norms underpinning a productive and mutually beneficial employer-employee relationship – an unjust system with the effect of increased inequality.

A second characteristic of neoliberal social democracy is moralizing labor market participation through welfare policy. Participation in wage labor becomes a moral duty in itself, instead of a means to enhance other pursuits such as citizen engagement, cultural development, and family happiness. This links a distinctly Protestant set of norms around the concept of work with virtually every aspect of social policy – education, welfare, housing benefits, pensions, and indeed immigration. The state thus communicates to its own citizens that work is the source of individual moral worth and the only avenue towards a respected social status. This traps workers between a relentless discourse on the moral imperative of wage labor and employers who increasingly treat them as expendable instruments. This is demoralizing and enraging. I’ve found the disgust is particularly evident among older individuals lacking labor market flexibility by owning a home, having depreciating skills, and moreover raised in a period when loyalty between firm and worker, state and society, were reciprocal rather than one-sided concepts.

Nevertheless, despite paying lip-service to the problems of inequality, we have yet to see any tolerance across Europe for what that actually means in practice, with debt-servicing for global rentiers clearly taking precedence over social justice. By refusing to accept that capitalism can indeed also be an enemy of social justice, precious time fighting the real adversary has been wasted. The problem with outright rejection of globalization and the EU is of course the misery of being governed by right-wing nationalists. Under the façade of national identity, they restrict the freedom of self-expression, personal choice, gender equality, and cultural diversity, replacing them with petty tyrantsenforcing racial and gender hierarchies, as well as modes of behavior that reflect narrow-minded conceptions of national character – as is already evident for minorities and women in Hungary and Poland.

The antidote to populist nationalism has always been a social democracy which recognized the inherent injustice of capitalist class hierarchies while also recognizing its benefits for personal freedom and economic productivity. In practice, this means subordinating the power of rentiers to the public good and empowering the working classes. Consequently, proposals to eliminate zero-hours contracts and strengthen unions’ capacity to collective bargain make sense. Eliminating EU regulations which restrict public investment and enforce the privatization of public services also makes sense. Such policies increase the strategic power of workers, reduce public dependency on rentiers, and allow public and private entities to work together to produce goods and services of social value. Yet, EU regulations hinder a great deal of these policies. Worse yet, neoliberal social democrats battle to uphold them primarily against political adversaries to their left – effectively hindering the very things which can save the EU from populist nationalism.

If anything is to be learned from Brexit therefore, it is that the benign conception of capitalism emerging in the 1990s and still glorified by the center-left (and center-right), usually described as neoliberalism, is dead and was wrong to begin with. Instead, the class-based conception which built post-war social democracy is very much alive and present in citizens’ everyday lives. By simply accepting this, EU leaders and center-left politicians can ally with the left to save both the EU and the UK from nationalist populism, reforming both in favor of an economic order which promotes equality by empowering the working classes and economic democracy.

This post first appeared on Social Europe and it represents the views of the author and not those of the Brexit blog, nor the LSE.  Red Roses by Sasukekun22 – image credit (CC BY-SA 3.0).

Douglas Voigt is a PhD Candidate in International Political Economy at King’s College London and an Associate Lecturer at Oxford Brookes University, UK, as well as an Associate Fellow at the Post-Growth Societies College at the Friedrich-Schiller-University of Jena, Germany. 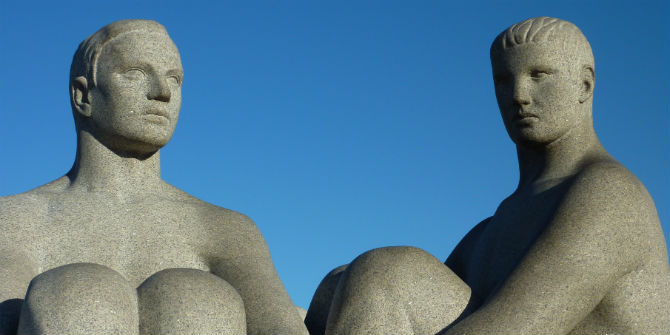 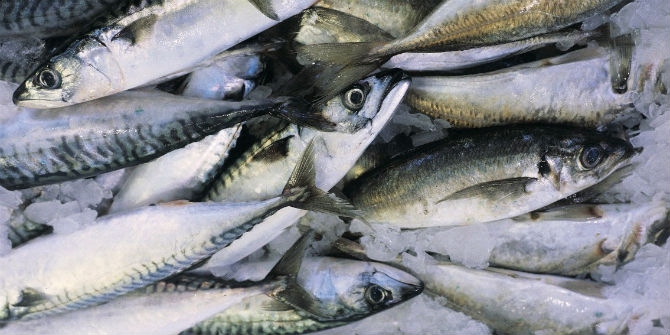 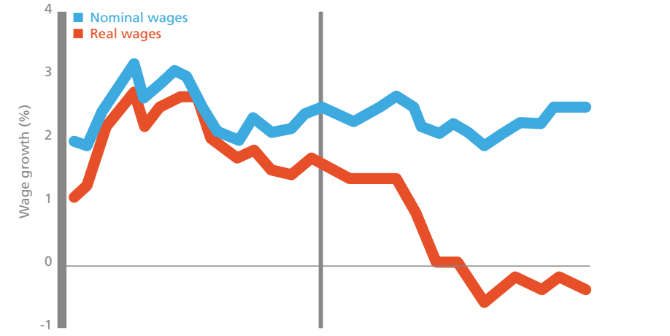