The Brexit debate is filled with free trade fallacies, writes Matthew L. Bishop. He argues that modern trade politics is about regulatory harmonisation and attracting flows of investment, and this calls into question the very idea of ‘trade’ as we have understood it until now.

On taking up office as Secretary of State for Brexit, David Davis caused consternation – and mockery – when he appeared not to understand EU trade law, suggesting the government would be able to easily negotiate new free trade agreements (FTAs) with Berlin, Paris and others.  Davis seemed apparently oblivious to the fact that, like Britain, they no longer have their own trade negotiators and neither the inclination nor ability to actually do so.

Indeed, why would they? EU member states have at their fingertips within the EU’s Directorate General for Trade the most powerful negotiating machinery ever assembled in human history, and which is adept at extracting concessions from – and imposing its trade agenda on – others.

Most serious, disinterested research on Brexit – from HM Treasury and the Office of Budget Responsibility to the Institute of Fiscal Studies and IPPR – has continually revised Britain’s long-term growth prospects down.  Uncertainty about our future trade agreements is a significant factor behind this.  Depending on its ultimate form, Brexit is going to impose large, massive or enormous costs in terms of lost GDP and somewhere between tens and hundreds of billions of extra borrowing (which until recently we were told was completely unaffordable lest we ‘end up like Greece’).

But still they bluster: leading Brexiters use uncertainty over the numbers to deny the costs altogether, and continue to wilfully ignore Britain’s asymmetrically disadvantaged position vis-à-vis the various EU institutions charged with negotiating different facets of Brexit and its aftermath.  Boris Johnson put it particularly crudely when he raised the spectre of tit-for-tat tariff increases with the Italians, saying ‘you don’t want to lose your prosecco exports’.

Why do some of the people who are supposed to be leading the most delicate negotiations in modern British history continue to use such glib tropes? Do they really believe we might stop buying (superior) German cars, French cheeses or Italian wines, even with a tariff added?  Or are they so perplexed by the tremendous complexity of the foolhardy process they have unleashed and the demonstrable lack of anything approaching a meaningful plan that they can only speak in trite platitudes?

Our politicians simply do not comprehend modern trade politics

I think there is a deeper, and altogether more worrying, explanation. Our politicians (and many pundits) simply do not comprehend modern trade politics.  For them, trade still is about staple goods going back and forth between sovereign countries.  This is a dangerous misreading of the world as a zero-sum game between nation states competing to export their main finished products, when, under globalisation, things are inordinately more complicated and potentially – though not necessarily – positive-sum.

As the United Nations Conference on Trade and Development (UNCTAD) has noted, 80 per cent of all trade actually takes place in global value chains (GVCs) controlled by multinational firms and inexplicably dense webs of public and private regulation.  This in itself calls into question the traditional understanding of ‘trade’ as represented in classical Ricardian political economy: i.e. as something that is entirely domestically embedded, thereby facilitating the establishment of national industries predicated on a measure of natural or constructed comparative advantage, which, over time, serves to create a degree of convergence between economies.

The contemporary world is very different to that of 200 (and even 20) years ago. Not only has it long been characterised by great economic divergence, but as Nicola Phillips has put it on these pages, economic activity is now so ‘geographically dispersed’ that the ‘stages and functions of production are fragmented’.  It is less about ‘the international exchange of final goods’, but rather the insertion of sectors of an economy into GVCs which are ‘typically coordinated by lead transnational corporations, and feature hugely complex webs of affiliates, suppliers and contractors, dispersed across countries and regions, and with different types of relationships to lead firms’.

Consequently, contemporary ‘trade negotiations’ and any resultant FTAs actually have very little to do with ‘freeing’ trade in the classical sense of the word (i.e. reducing tariffs on exports of finished goods). Indeed, the word ‘trade’ itself might be so misleading that we need a new language to accurately describe what is happening.  So-called ‘deep’ trade agreements, such as TTIP – or, of course, the EU single market itself – are barely about tariffs at all: they are overwhelmingly geared towards eliminating non-tariff barriers and, crucially, harmonising the regulations under which GVCs operate.  They reach ‘behind the border’ and influence patterns of domestic regulation on an array of issues relating to standards, licensing, environmental and labour rules, and so on; things most people would never consider to be about ‘trade’.  This is particularly so given that so much trade involves the exchange – often within firms or between them and their affiliates – of services, data, money (and even labour) that do not cross physical borders or transit through ports where tariffs could be levied. 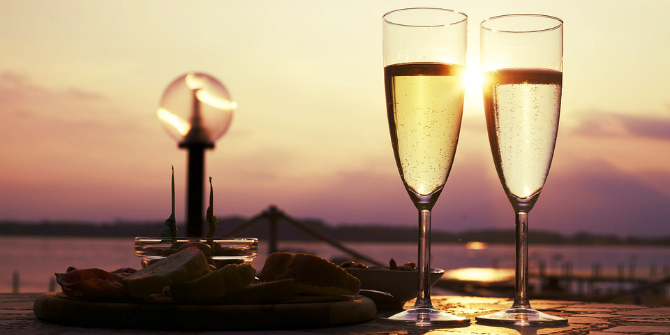 In short, the enduring focus on tariffs for finished products in post-referendum debates about trade spectacularly misses the point that trade negotiations are no longer really about them. They are not irrelevant, of course, but they are only about as important as the deckchairs were on the Titanic as it hurtled towards the iceberg.  Our trade negotiators – if we ever manage to recruit them – will not spend much time seeking simple low-tariff or tariff-free access to the EU for goods.  This will happen anyway: regardless of Brexit, we will continue to import cheese and prosecco; though they might be a bit more expensive.

Rather, the crux of the issue is the regulatory environment under which firms located in Britain operate. What is at stake is not our ability to buy and sell goods, but to attract and retain investment, particularly in high value-added sectors of the UK economy such as financial and legal services.  These are the sectors most tightly integrated into GVCs and by far the most complex.  Because the agreements governing them are so carefully calibrated, they will require the most delicate, convoluted and tedious negotiations, and are characterised by the most difficult trade-offs.

Non-tariff barriers and regulations are also ironically the areas in which British freedom to loosen regulation will be most circumscribed. From the perspective of a Japanese car manufacturer, changes to tariff levels, although undeniably important, matter less than rules of origin, quotas, the regulations surrounding accounting or emissions standards, or indeed their ability to hire the brightest minds from across the continent.  These affect the myriad intermediate activities in which companies like Toyota and Nissan engage.  The calculations that they consequently make regarding where to locate costly long-term investments are determined fundamentally by the regulatory environments under which they will operate.

The recent trade mission by the May government to India illustrated the problem well. This was an (excruciating) attempt to drum up support for a putative ‘trade agreement’.  Yet tariffs barely featured: New Delhi’s offensive ‘trade’ interests are about freedom of mobility for Indian people to study and work in the UK.  Similarly, the UK, outside of the EU, will carry even less weight in Africa post-Brexit than at present, despite pronouncements about reinvigorating Commonwealth trade, as it has so little to offer.

For Britain, then, slashing tariffs or regulatory standards is pointlessly and dangerously chimerical. It is difficult to envision firms risking non-compliance with more stringent European legislation in the event that the UK waters its own down in a bid to be ‘competitive’.  Undisclosed ‘sweetheart’ deals designed to keep firms here – like that presumably promised to Nissan – could also easily fall foul of state aid rules, whatever the UK’s ultimate relationship with the EU, therefore representing a significant potential risk burden for the companies involved rather than the boon intuitively expected by Brexiters who conflate free markets with minimally regulated ones.  Such palliatives are, in any case, no substitute for full access to the EU single market or, indeed, a serious industrial strategy, nor are they replicable across an entire economy.

Overall, it is unfortunately likely that the UK will experience a gradual decline in investment as globally mobile firms seek to relocate activities elsewhere in a more secure and harmonised regulatory environment. This will further propel Britain’s ongoing decline into a bargain basement, lowest common-denominator, hollowed-out, rentier economy.

It is astonishing, in my view, that our political elites either do not seem to understand this, or they are deliberately exploiting public credulity to further their own malign agendas. Perhaps they do not actually care whether investment collapses and we all become poorer.  Either way, it is poisoning a public debate in which most people remain utterly unaware of what is actually at stake in our future trading relationships.  Trade really isn’t about tariffs or prosecco – it’s far more complicated and in part two of this blog I’ll explore this further.

This article first appeared on SPERI and gives the views of the author, and not the position of LSE Brexit, nor of the London School of Economics. Image: CC0 Public Domain. 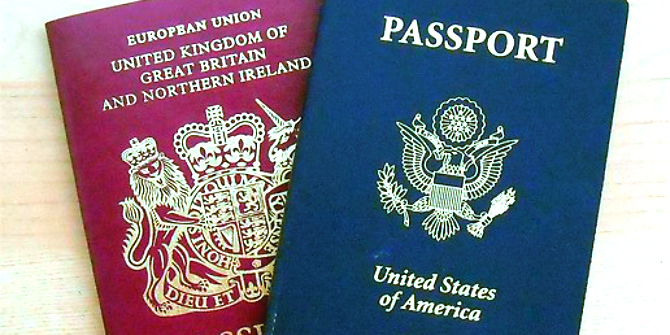 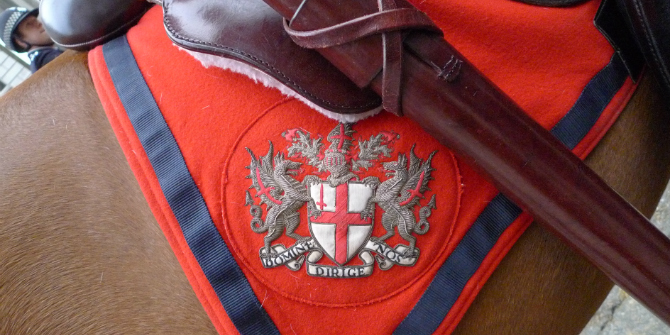 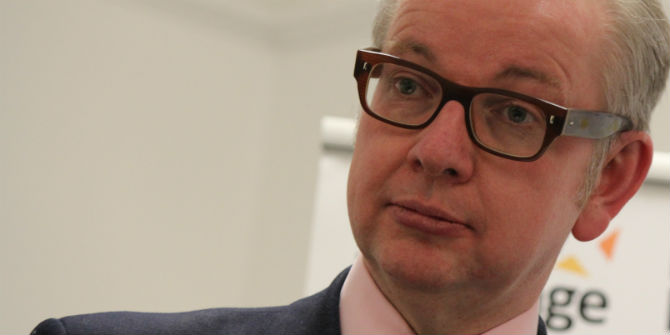