Analysing the results of a new expert survey, Aleks Szczerbiak and Paul Taggart write that Brexit has so far had a very limited impact on national party politics across Europe beyond the UK, particularly compared with the earlier Eurozone and migration crisis. While the longer-term, dynamic effects of Brexit on party Euroscepticism might be greater and there are a number of countries to watch where such impacts might develop, perceptions of its ‘success’ or ‘failure’ will be filtered through competing narratives and questions raised about whether broader lessons can be drawn from the British case.

A distant and abstract process

In 2015 and earlier this year we conducted two expert surveys in which we examined the impact the Eurozone crisis, the migration crisis and Brexit on Euroscepticism on party politics across Europe. We drew on expertise from the University of Sussex-based European Parties Elections and Referendums Network (EPERN) to gather data on all EU member states together with Norway, Serbia and Switzerland. The project was funded by the ESRC’s ‘UK in a Changing Europe’ project. (We are extremely grateful to the ESRC and all of our respondents, although analysis and interpretation of the comparative findings are our own).

Our main finding is that there has been a clear difference between the impacts of the different crises. The Eurozone crisis had a particularly powerful effect, perhaps unsurprisingly, in the party systems of those countries most affected by the bailout packages: Germany, Greece and Ireland (to a lesser extent, Slovakia, Finland, Spain, Portugal). The migration crisis had a particularly strong effect on party politics in the post-communist states of central Europe (Poland, Hungary, Slovakia, Czech Republic), and also Bulgaria – but, interestingly, not most of the post-communist Balkan EU members (Croatia, Romania, Slovenia) and candidates (Serbia), nor the post-Soviet Baltic states.

The UK’s June 2016 referendum vote to leave the EU has, on the other hand, had a very limited impact on national party politics, particularly when compared with these two earlier EU crises. Its main effect has been to re-inforce and legitimise existing what we term ‘Soft’ or ‘Hard’ Eurosceptic narratives, rather than lead to an increase in Eurosceptic party politics overall or shifts from Hard to Soft Euroscepticism. In our earlier writings, we defined: Hard Euroscepticism as principled opposition to the project of European integration (based on the ceding or transfer of powers to supranational institutions such as the EU); and Soft Euroscepticism as when there was not a principled objection to EU European integration but there was opposition to Union’s current or future planned trajectory (based on the further extension of competencies that it was planning to make).

Beyond the immediate news impact of the actual referendum vote, Brexit has hitherto been a rather distant and abstract process, with little apparent popular resonance – certainly compared with the two earlier crises which, in some countries at least, appeared to have a powerful public salience and perceived impact upon many people’s day-to-lives. The survey was conducted before Article 50 was invoked and this meant that EU states had not formally reacted to Brexit. However, the initial nature of the process, even after Article 50, would seem to suggest that it will be complicated, elite-driven and multi-institutional. For this reason, the process may continue to have low public resonance throughout the Brexit negotiations; except in Britain, of course, where it is dominating and over-shadowing virtually all other political issues.

What might change this is the chance that particular issues which have a public salience in particular countries may flare up in the course of the negotiations, such as the post-Brexit status of EU citizens currently in the UK. However, it is also possible these will be contested as so-called ‘valence’ issues over the competence (or lack of it) of the governing party that is conducting the negotiations. It is also important to note that Brexit might decrease as well as increase Euroscepticism, especially of the Hard variety, if it becomes associated with too much economic, political and social uncertainty and dislocation.

Within this overall framework there are a number of countries ‘to watch’ where we think that there have been interesting responses to the Brexit crisis or where such responses might develop, particularly when the impact of this is re-inforced by or linked to the two earlier crises:

There are also two cases where the impact of the Brexit crisis was not, or does not appear to have been, as significant as some commentators expected:

However, when considering the impact of Brexit it is also important to distinguish the short-term and long-term – and the dynamic effects of one of the largest member states leaving the EU on the organisation, both in terms of perceptions and the reality of how it operates (or even survives) in the future. Put simply: it is too early to tell what these might be. On the one hand, if the Brexit process is a relatively smooth one and Britain is, or appears to be, successful outside the EU bloc there is a possibility that it could be used as a model for other Eurosceptic parties who could then shift to adopting a (Hard) Eurosceptic stance. One the other hand, if it is not a success, or not perceived to be one, this could discourage Soft Eurosceptic parties from adopting a Hard Eurosceptic stance, and all kinds of Eurosceptics (especially Hard ones) from articulating their position (as appears to be happening in Ireland at the moment).

However, there are two reasons why even then the perceived ‘success’ or ‘failure’ of Brexit may not lead to a long-term changes in the levels, nature and salience party Euroscepticism. Firstly, unless developments are completely unambiguous (which is unlikely) the question of whether or not Brexit is a ‘success’ or ‘failure’ is likely to be highly contested, with any subsequent developments filtered and interpreted through the different narratives of Euroenthusiasts and Eurosceptics respectively. Second, even if the outcome is seen as more clear-cut, questions will still be raised about British exceptionalism and whether broader lessons can really be drawn from the British case; this is particularly likely to be the case if Brexit is a ‘success’.

A version of this article first appeared at EPERN / EUROPP. The article gives the views of the author, and not the position of LSE Brexit, nor of the London School of Economics.

Aleks Szczerbiak is Professor of Politics and Contemporary European Studies at the University of Sussex. Paul Taggart is Professor of Politics at the University of Sussex and Director of the Sussex European Institute. They are Co-Convenors of the European Parties Elections and Referendums Network (EPERN), co-editors of Opposing Europe: The Comparative Party Politics of Euroscepticism (Oxford University Press, 2008), and are currently running a project on ‘The Impact of the UK’s Referendum on Euroscepticism in Europe’ supported by ESRC ‘UK in Changing Europe’ programme. 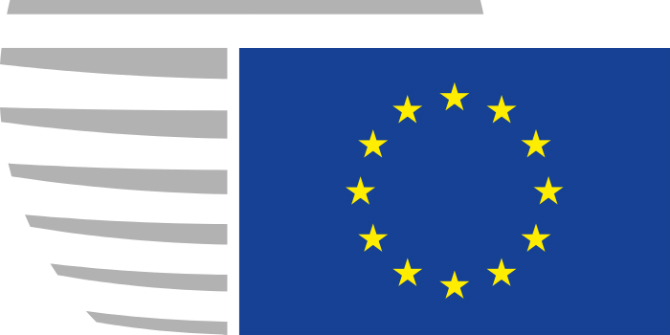 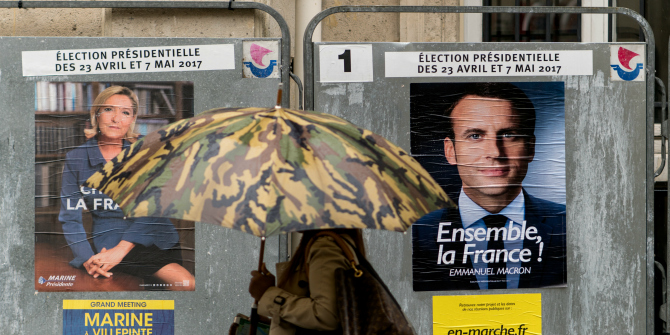