UK economic performance has been poor since the vote to leave the EU in June 2016, but has not been the catastrophe that many predicted. Nicholas Bloom (Stanford – on left) and Paul Mizen (Nottingham University) draw four results from the evidence gathered in the new Decision Maker Panel survey of around 2,500 businesses in the UK. While most firms expect a negative impact of Brexit on sales, investment and costs, only larger firms and those that are more exposed to international markets are likely to think that they might move part of their business abroad.

First, we should do something economists need to do more often – apologise for making bad predictions. In advance of the June 2016 referendum on Brexit, one of us in particular – Nicholas Bloom – predicted a collapse in investment and growth. Thankfully, so far this has yet to happen. Yes, Brexit had lowered growth – UK growth rates are now falling and about 0.5% lower versus trend compared to Europe and the US (see Figure 1). But there has not been the catastrophic growth collapse we feared (e.g. Dhingra et al. 2016) – at least not yet.

Figure 1 UK growth versus the rest of the G7 economies Notes: Plots the two quarter moving average of UK growth less the average of the growth rates in the other six G7 economies (Canada, France, Germany, Italy, Japan and the US).

Four reasons have saved the UK from a more serious post-Brexit growth collapse. First, the pound fell about 20% after Brexit, while access to the EU markets has been maintained, providing a temporary honeymoon for exporters. Second, growth in the Eurozone has been rising, boosting demand. Third, monetary policy has loosened with lower interest rates. Finally, growth expectations of the approximately half of the voters supporting Brexit have remained strong.

But what now – is the Brexit collapse about to happen, or will economic growth remain lower but not disastrous, or maybe growth will now accelerate as some Brexit supporters claim? A year on we are in better shape to assess the evidence. In collaboration with the Bank of England, we have worked to set up a new Decision Maker Panel survey of about 2,500 UK firms (Bloom et al. 2017). Each month we ask panel members made of CFOs and CEOs from a broad range of UK companies about their current business conditions. We ask for their data on past growth, current levels, and possible future changes (with the probabilities they ascribe to each) in three areas: investment and borrowing; employment and costs; and sales and prices. We also have a few one-off questions on the possible impact of Brexit on business conditions.

This has revealed four results about the impact of Brexit.

1. Brexit is a major source of uncertainty for firms

Figure 2 Brexit as a source of uncertainty 2. Most firms expect a negative impact of Brexit on sales, investment and costs

Companies believe it is more likely than not that Brexit will reduce their sales and investment, and increase their exports, unit costs, labour costs and financing costs. Figure 3 shows the net probability that companies attach to Brexit having a positive rather than a negative effect on each variable. According to our survey the average probability attached to Brexit increasing sales by 2020 was 20%, while the average probability of a negative impact was 42%. The net effects shown in the chart below is a net balance of -22% for the effect of Brexit on sales by 2020. It means that companies place more weight on Brexit reducing sales than on increasing them. There was a net negative expected effect on investment, and a positive effect pushing up unit costs, labour costs and financing costs.

Figure 3 The expected impact of Brexit 3. The majority of firms are not considering moving any operations abroad, but a few larger firms are

Most firms see no possibility of shifting the location of their operations abroad – many have no presence abroad and export little or nothing. Firms accounting for 80% of employment attached zero probability to moving any operations. Among larger firms and exporters, however, the story is different. Larger firms and those that are more exposed to international markets were more likely to think that they might move part of their business abroad compared to firms that are smaller or domestically focused. By sector, firms in manufacturing were most likely to say there was a chance of moving. Across all respondents, the average (employment-weighted) probability of moving some operations abroad was 7%, with companies who accounted for 7% of employment thinking that it was more likely than not that they would move some operations abroad (Table 1). These probabilities are still quite small at this stage, but not negligible.

Companies that reported higher probabilities of moving abroad were more likely to expect to move within the next two years, before the UK has actually left the EU, whereas those reporting lower probabilities were less likely to plan on moving within two years. The higher productivity parts of the country voted to remain in the EU (Figure 4). After the vote in the referendum they became less optimistic about future prospects for the economy (Figure 5), and have likely lowered investment and employment growth. Notes: Results are from the Electoral Commission and the Bureau van Dijk Fame dataset covering 14,896 UK companies. Total factor productivity is measured as a natural logarithm of profits less 0.7* the log number of employees and 0.3* log of tangible assets demeaned at the industry level. The productivity measure, which is based on 2015 data (2014 if 2015 not available), has been winsorized at the 1% and 99% to reduce the impact of any possible outliers. Results for average wages – another proxy for productivity – look similar across regions. Notes: Results are from the Electoral Commission and the Decision Maker Panel survey based on 606 responses between May-17 and Jul-17. Growth rates refer to the difference between the expected and current level of capital expenditure in terms of a percentage of their average value. The investment growth rates have been winsorized. Results are weighted by employee size.

Authors’ note: Principal Investigators Bloom and Mizen have received £683,636 in the form of an ESRC standard grant for “Measuring the Impact of Brexit on UK Investment, Productivity, Sales and Employment”. The funding will support an online survey and research into the impact of Brexit on the UK for three years, 1 Sept 2017 – 31 August 2020. The project is carried out with the collaboration of HM Treasury, Bank of England, the Universities of Nottingham (UK) and Stanford (US).

This post represents the views of the author and not those of the Brexit blog, nor the LSE. It first appeared at VoxEU.

Nicholas Bloom is Professor of Economics at Stanford University.

Paul Mizen is Professor of Monetary Economics at the University of Nottingham. 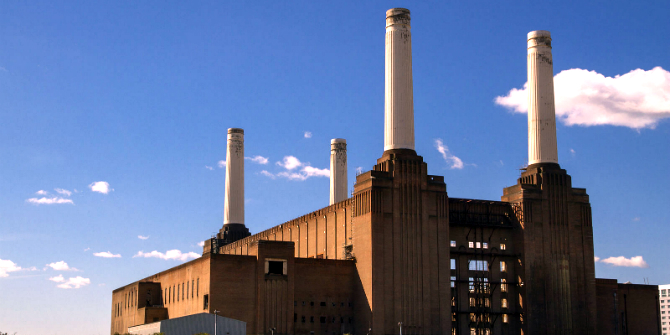 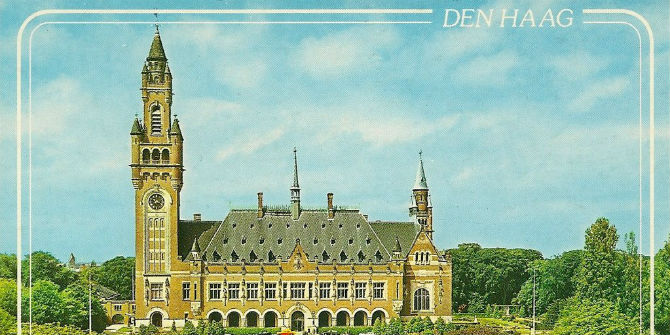