One of Brexit’s potential advantages is the UK’s freedom to negotiate its own trade deals instead of being dependent on the EU. Of course, trade will continue with the EU after Brexit, probably little changed, and there is little doubt that the EU will continue to be a major trading partner after Brexit. But it is widely expected that the share of UK exports going to the EU will continue to decline, reflecting the maturity of the EU markets and the continuing decline of the EU’s share of global output. New deals are likely to be with countries as diverse as the US and Japan – and, of course, individual Commonwealth countries. Australia and Canada, for example, have already expressed interest in a free trade agreement. In this post, Ruth Lea, CBE (Arbuthnot Banking Group), explains why trading with the Commonwealth offers buoyant economic prospects. 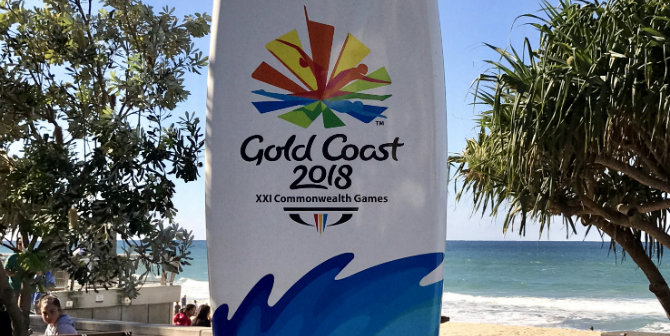 The current biennial Commonwealth Heads of Government Meeting (CHOGM), being held in London on 16-20 April, seems a suitable time to analyse the economic importance of Commonwealth countries and consider their potential as future growth markets for UK exports.

Commonwealth countries are rarely considered together as an economic entity. Yet they account for over 17% of world GDP in Purchasing Power Parity (PPP) terms (chart 1a) and contain 2.4 billion of the world’s 7½ billion people. Moreover, many Commonwealth countries have favourable demographics compared with several major European countries, where working populations are expected to age and shrink. Today’s 53-member Commonwealth spans the five continents and contains developed, emerging and developing economies. It also comprises some of the world’s largest economies and many of the smallest. In its diversity, it captures the character of the 21stcentury globalised economy as no other economic grouping can. The Commonwealth’s membership includes two of the world’s largest ten economies (the UK and India), two members of the G7 (Canada and the UK) and five members of the G20 (the UK, India, Canada, Australia and South Africa).

Charts 1a and 1b show the IMF’s latest forecasts to 2022 for EU28, the US, China and the Commonwealth in Purchasing Power Parities (PPPs) and at Market Exchange Rates (MERs).1-2 Chart 1a (in PPPs) shows just how profoundly the world economy has changed since 1980 and is projected to continue changing up to 2022. EU28 countries accounted for 30% of world GDP in 1980, whilst the US contributed nearly 22% and the Commonwealth contributed 15%. China’s share was just over 2%. By 2017, China had increased its share to over 18%, reflecting China’s staggering growth over the past 30 years, which exceeded the Commonwealth (over 17%), the EU28 (down to 16.5%) and the US (still over 15%). Crucially these trends are expected to continue to 2022, with China and the Commonwealth (not least of all because of India’s buoyant growth) expecting to gain share over the EU28 and the US.

Chart 1b (in MERs) shows how currency effects can affect the GDP data. For example, the strong dollar in 2000 “boosted” the US’s share (in MERs) to over 30%. Inevitably, the forecasts are dependent on forecasts of currency movements, which make them even more than usually non-robust. The decline in the EU28 share in MERs over the forecast period less pronounced than in PPPs because GDP in MERs favours developed countries. But, nevertheless, the global share had dropped from 34% in 1980 to 21½% in 2017 and is projected to slide further by 2022. The rise in the Commonwealth’s share is considerably dampened in MER terms, not least of all because the significance of India, where GDP in MER terms is significantly lower than in PPP terms. But it is still expected to more than hold its share.

The second point notes that the potential in any export market does not, of course, just reflect the size of the economy. It is also a matter of the relative incomes per capita in various export markets. Especially when it comes to consumer goods, potential consumers need to have the kind of disposable incomes that will allow them to buy the cars, televisions and other goods that have been staples of “middle class” life in the West for decades. And, on this metric, developed countries still have a very appreciable lead over emerging and developing countries. According to the IMF, income per capita was 7 times as high in Germany as in India in PPP terms in 2017, and 24 times as a high in MER terms. The corresponding figures for China were still as high as 3 times and 5 times respectively.

But, looking forward, the potential growth of the middle classes in the emerging markets, not least of all in India and China, is expected to change matters radically. A report by Ernst & Young (EY) on this issue concluded:4

Turning to the UK’s current trade with our major Commonwealth partners the main conclusion is that it is still relatively modest compared with the EU. This is not, of course, surprising given the relative size and wealth of many of the EU’s members. UK-Commonwealth trade is also modest relative to the US (especially) and, arguably, China. Clearly, there is potential for expansion.

Chart 2a shows exports grew by just over 31% to the top eight Commonwealth countries over the decade 2006-2016 compared with total export growth of 40%.5 Trade with India, Pakistan and South Africa, in particular, was disappointing. As a consequence, the share of UK exports to these eight Commonwealth destinations actually fell from 7.5% in 2006 to 7.0% in 2016. Commonwealth trade, nevertheless, outstripped the rise of just over 11% to the EU28. Exports to the US (which took over 18% of UK exports in 2016) were up over 55% and exports to China more than tripled, though from a very low base. Other buoyant non-EU markets included Switzerland, Saudi Arabia, the Residual Gulf Arabian Countries and Hong Kong. Chart 2b notes that, even if exports growth to the top eight Commonwealth countries over the past decade has been relatively subdued, at least overall trade has been in small surplus, whereas trade with the EU28 and China is heavily in deficit.

In conclusion, Commonwealth countries seem to have a bright economic future and offer expanding domestic markets that could greatly benefit UK exporters. There is, therefore, considerable potential for them to be future growth markets for UK exports. 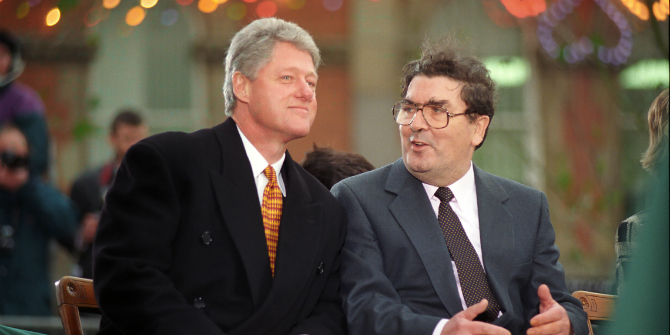 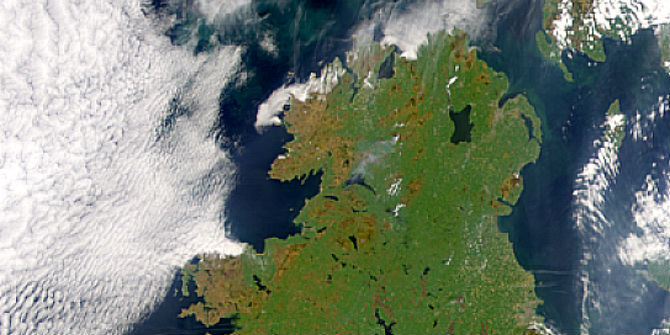