Britain is making the same mistake about the EU now as Harold Macmillan did about the European Community in the 1960s, writes Piers Ludlow (LSE). Personal appeals to Général de Gaulle proved fruitless. The EU27 are unbending – not because they bear ill-will towards the British for voting to leave, but because the nature of the EU demands internal unity. Only if the UK makes major concessions is progress likely to be made.

Watching the stuttering progress of the Brexit negotiations as a historian of Britain and the European integration process, I can’t help being struck by a depressing sense of familiarity.  In far too many ways, we’ve been here before.  And with no period are the gloom-inducing parallels more striking than with the UK’s very first attempt to join the then EEC, back in the early 1960s.

Then, as now, the negotiations began with a hopelessly optimistic assessment of how long it would take to agree membership terms.  When Harold Macmillan’s government applied to join the Community in the summer of 1961, at least one newspaper confidently predicted ‘certainty by Christmas’.  In fact, the outcome of the talks was still hanging in the balance when General de Gaulle intervened with the first of his famous vetoes in January 1963. If joining the comparatively new and simple Common Market of the early 1960s proved more complex and difficult than most had foreseen, how much more unrealistic are those who expected it to be easy to disentangle over 40 years of UK membership of the now much larger EU, with its vastly wider policy remit?

In 1961 Britain approached the fledgling EEC with the confident expectation that the six member states would be so glad to have the UK join them that the negotiation would involve extensive give and take on both sides. A degree of French intransigence was expected, it is true, but Macmillan and his key negotiator Edward Heath were confident that the ‘friendly Five’ – the remaining member states – would weigh into Community discussions on Britain’s behalf. Instead, the UK negotiators watched with dismay as the Six bound themselves with a negotiating procedure designed to maximise their internal unity and to minimise the extent to which the applicant could play upon differences of view within the EEC.  This involved far more extensive discussions amongst themselves – negotiations about Britain, rather than with Britain – than two-way discussions with the country seeking to join.  And despite repeated attempts by British diplomats and negotiators to play upon the very sincere Anglophilia (and desire for British membership) felt in most European capitals other than Paris, this unity just about held until de Gaulle’s decisive – and unilateral – intervention.

This unity amongst EEC negotiators was built around a determined defence of the Community system as it had been created, and as it might develop.  Britain, as a prospective member state, would be allowed some special adaptations to smooth its path into the Community, especially with regard to the Commonwealth. But such arrangements would be temporary only, designed to lessen the shock of entry but not intended permanently to exempt the new member from any EEC rules. Britain was very welcome to join the club, in other words, but it was for the applicant to adapt its traditions, trading patterns, and global links to the Community, not vice versa.  The EU27’s insistence that a departing UK should not be allowed to cherry-pick those parts of the EU’s system that it likes, and opt out of those it does not, is thus wholly in line with the stance that the founder members adopted.

This parallel is no coincidence. The determined defence of internal unity and the protection of what has been agreed amongst the members is a defining characteristic of the EC/EU as an international negotiator. Reaching agreement within the Community/Union has always been a painstaking – even painful – process.  But once it has been attained, none of the members has any interest in seeing these hard-won bargains being reopened at the behest of an outsider, even one regarded as a friend. This became crystal clear to the British as they sought to join in the 1960s, culminating in the resigned acceptance by Sir Con O’Neill, the chief negotiator at official level in 1970-2, who commented that the only possible British approach to existing Community body of rules was ‘Swallow the lot, and swallow it now’.[1] But it was also a lesson learnt by the Americans during much the same period as they tried, and failed, to modify the emerging Common Agricultural Policy (CAP), and as they tangled with the Community when seeking to redefine the terms of world trade during the so-called GATT (General Agreement on Tariffs and Trade) Kennedy Round. One American diplomat of the era lamented the fact that the Community was ‘a strongly-muscled, leaden-footed beast’.[2]

But this inflexibility and unwillingness to give ground did not reflect ill-will or animosity towards either Britain or the US, any more than the EU’s current rigidity reflects a desire to punish the UK for voting to leave.  It is an inevitable result of the way in which a complex multilateral entity has to prioritise the needs and desires of insiders over and above those of outsiders, however well-liked.

All of this means that flights of fancy about the Brexit impasse being broken by a well-timed deal struck between the British government and Angela Merkel and/or Emmanuel Macron are likely to be every bit as unrealistic as Macmillan’s delusional hopes that he could sort out the painfully slow Brussels negotiation by means of direct personal diplomacy towards General de Gaulle.  Huge time and effort was put into the three de Gaulle-Macmillan summits of the 1961-2 period, including semi-serious contemplation of some type of nuclear deal involving aid to France’s putative nuclear deterrent in return for a smooth path in Brussels – but no real bargain was ever on the cards.  Nor would Harold Wilson prove any more successful in his personal charm offensive towards de Gaulle in 1966-1967.  And even Edward Heath’s seeming breakthrough with Georges Pompidou in May 1971 appears, from the latest historical research, to have been a largely stage-managed occasion, at which the two leaders made public a substantive narrowing of the gap between the French and British positions that had been largely secured by UK concessions on several key controversies on which the Heath membership talks centred.[3] No high-diplomatic shortcut is likely to allow the UK to avoid the difficult and slow negotiations in Brussels.

Instead, getting out of the EU seems likely to require the same readiness to give ground on the part of the departing country as most countries have had to display when seeking to join the EC/EU.  If the UK wants a deal, it is likely to be bought through British concessions and the abandonment of some of its initial negotiating aims, rather than large-scale giveaways by the EU27.  And it is here that one final parallel with the 1961-3 negotiations becomes worrying.  Because just as Macmillan’s ability to make the concessions needed to reach a breakthrough in Brussels was all but destroyed by growing cabinet splits on Europe, dwindling government popularity (1962 was the year of the famous Orpington by-election) and by a Labour opposition increasingly willing to seek party-political advantage through opportunism over the European issue, so too Theresa May’s scope for flexibility seems ever more circumscribed.

The present situation, though, is much more uncomfortable and potentially painful than that of 1963. The implications of failure are far greater. Britain’s inability to join the EEC in 1963 was a hammer blow to Macmillan’s government and a disappointment to many on both sides of the Channel. But ultimately it meant no more than a temporary prolongation of the status quo, and the postponement rather than the end of the UK’s European ambitions.  Failure now would be much more serious, confronting the country with all the economic, legal and political consequences of a cliff-edge Brexit.  The British government urgently needs to stop repeating the mistakes of its predecessor over half a century ago.  A breakthrough in Brussels is a national necessity – even if achieving it requires awkward and painful climbdowns.

[3] Daniel Furby, ‘The Revival and Success of Britain’s Second Application for Membership of the European Community, 1968-71’. Unpublished PhD, Queen Mary, University of London 2009. 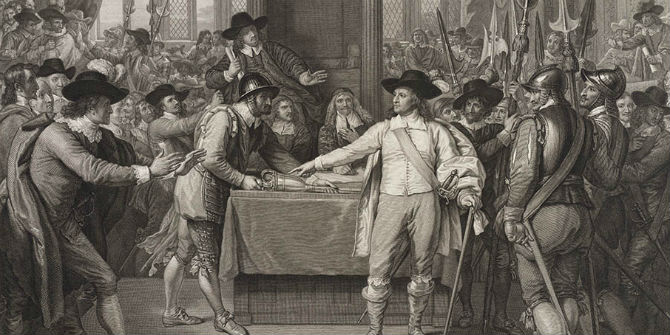 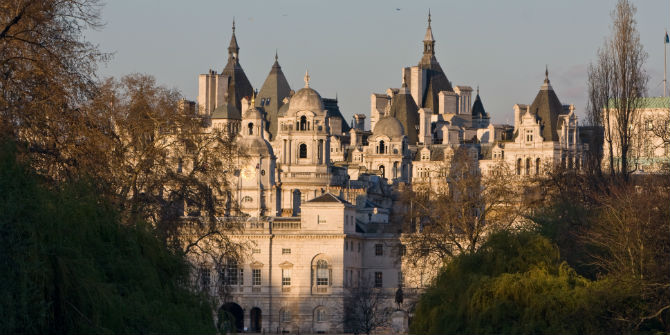