Why do we persist in holding the ‘white working class’ accountable for Brexit and Donald Trump’s win, when the evidence suggests it was the backing of the white middle classes that secured them? Gurminder K Bhambra (University of Sussex) argues that a pervasive ‘methodological whiteness’ has distorted social scientific accounts of both these elections. It has enabled commentators to offer economic disadvantage as an explanation for the results, conveniently overlooking the fact that ethnic minorities did not vote Leave – nor African-Americans and Hispanics vote for Trump – in significant numbers, despite the fact that they themselves constitute a large proportion of the working-class.

When the result of the referendum on membership in the EU was announced in the UK, many commentators immediately announced that it had been delivered by the ‘left-behind’ white working class. The equivalent constituency in the US was subsequently argued to have secured Trump the presidency. Yet in both places it has been demonstrated that the white working class vote was less significant than that of the white middle class.

In the context of Brexit, for example, Danny Dorling suggests that most people who voted ‘Leave’ lived in the south of England and the majority were in the middle classes. Lorenza Antonnuci and colleagues similarly argue that the result was delivered more by the ‘squeezed middle’ than the working class. In the US, data from the Pew Research Centre suggests, it was middle class communities that overwhelmingly shifted to Trump in 2016 and were largely responsible for his victory.

So the question needs to be asked: why is the white working class being held responsible for decisions taken by the white middle classes?

One explanation, I suggest, is in order to deflect consideration of race in the motivations of the vote. If the white working class had voted disproportionately for Brexit or Trump then the racism implicit in such a response could potentially be mitigated by economic reasoning – they are not fundamentally racist, they are concerned about their jobs, living conditions, etc. If we accept that the white middle class have disproportionately voted for Brexit and Trump, then it is less plausible to deflect consideration of race on the basis of the same presumed economic anxieties, and a more serious conversation on race would need to ensue. But why did many academic commentators miss this?

‘Methodological whiteness’, I suggest, is a way of reflecting on the world that fails to acknowledge the role played by race in the very structuring of that world, and of the ways in which knowledge is constructed and legitimated within it. It fails to recognise the dominance of ‘whiteness’ as anything other than the standard state of affairs and treats a limited perspective – that deriving from white experience – as a universal perspective. At the same time, it treats other perspectives as forms of identity politics explicable within its own universal (but parochial and lesser than its own supposedly universal) understandings.

In effect, ‘methodological whiteness’ entails a denial of its own politics of identity and constitutes the standard social scientific discussion of race – which tends to understand it primarily in terms of issues of identity or inequality applying to the situation of non-white others. In contrast, I want us to understand both the ways in which race, as a structural process, has organised the modern world and the impact that this has had on our ways of knowing the world.

To discuss the ‘left behind’ simply in terms of the white working class, and to rationalise their vote for Brexit and Trump in terms of their economic position, conflates socio-economic position with racialised identity while claiming to speak only about class and to repudiate identity politics. If class was the key issue at stake for academics and media commentators then there would also have been reflection on the fact that ethnic minorities in the UK, and African Americans and Hispanics in the US – who disproportionately constitute the category of the ‘working class’ – voted neither for Brexit, nor for Trump in any significant number.

This post represents the views of the author and not those of the Brexit blog, nor the LSE. It draws on ‘Brexit, Trump and ‘methodological whiteness’: on the misrecognition of race and class’, British Journal of Sociology.

Gurminder K Bhambra is Professor of Postcolonial and Decolonial Studies across the Departments of Geography and International Relations in the School of Global Studies, University of Sussex. 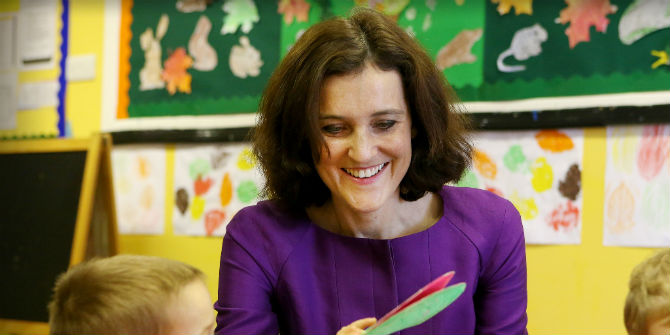