Avoiding a nuclear meltdown: how we might resolve the Euratom question

Avoiding a nuclear meltdown: how we might resolve the Euratom question

David Davis admitted last Tuesday that although there is no ‘systematic impact assessment’ of Britain leaving the European Union he did claim that the government had produced a ‘sectoral analysis’ of several industries. One sector that it would be wise to examine the impacts of leaving without any negotiated arrangement would be the nuclear power industry as the UK leaves Euratom. Through examining the UK’s relationship with Euratom before it joined in 1973, Joshua McMullan highlights some potential foundations for a future agreement between the two.

As Britain leaves the European Union through the Article 50 process, it also signalled that it would leave Euratom, the European nuclear regulator, when it leaves in March 2019. However, several MPs and prominent Vote Leave officials, such as Dominic Cummings, have criticised the government’s plans to leave the organisation as a ‘huge misjudgement.’ The government have responded to these claims by producing the Nuclear materials and safeguards issues position paper. However, the position paper does not set out any of the details by which the UK government will ensure the ‘smooth transition to a UK nuclear safeguards regime, with no interruption in safeguards arrangements’. In fact, it does little more than set out why the UK government believes it is within the interest of both parties to continue co-operation – something that has not satisfied those objecting to Britain’s exit from Euratom. Perhaps it is worth noting that this highly technical policy sector was a salient concern for remainers and leavers alike, but highlights how complex and multifaceted the process of disengaging from the EU, and its various associated institutions is. Yet there are solutions outside of the narrow mindsets of vague position papers and membership of Euratom, people just need to look back into the past relationship between Euratom and the UK.

Most of the discourse so far has centred around the possibility of an association agreement between the UK and Euratom, a solution which many believe will provide the stability and certainty that the industry so desperately needs. However, as Dan Phinnemore and Stuart Butler rightly point out in their respective articles, this is not a credible solution. Firstly, there is currently no such thing as Associate Membership of Euratom. There are ‘Co-operation Agreements’ that exist between Switzerland and Euratom and Article 342 of the Ukraine Association Agreement that provides for extensive co-operation. Nonetheless, these are not association agreements and would not cover the level of co-operation that the UK requires. It would also potentially mean the involvement of the ECJ, a red line in the Brexit negotiations. Then there is the issue of history, I am referring to the difficult and complicated nature of negotiating with the Community, exemplified best by the rejection of UK EEC membership twice and the difficulty in renegotiating membership as David Cameron found out in 2016. Yet, despite this complication, an answer may yet lie in the agreements signed after 1959 leading up to the UK becoming a full member of Euratom in 1973.

Too often do politicians and commentators on all sides forget to study their history. In this case, it would be prudent for UK officials seeking to find an answer to this problem to examine the 1959 Agreement between the Government of the United Kingdom of Great Britain and Northern Ireland and the European Atomic Energy Community (EURATOM) for Co-operation in the Peaceful Uses of Atomic Energy. This agreement stated the ‘mutual desire for close co-operation in the peaceful uses of atomic energy’, and this was before the UK applied to join Euratom formally in 1962. The agreement covers several areas, including research as covered by Article I through to VIII. As well as Articles IX through to XII, that deal with the supply and use of materials and fuel needed for the research and production of nuclear energy. Although this treaty alone is not sufficient to just copy and paste to the present, it does show two vital points. First, it is a historical precedent for UK-Euratom relations which does not involve the UK being a part of Euratom. Secondly and most crucially, it can provide the foundations for future negotiations with Euratom.

Indeed, there are three other such UK-Euratom agreements between 1963 and 1973, these all show the potential for continued and fruitful relations between the two. The first in March 1963, two months after the British application to join the EEC was vetoed by France, was a contract which saw Britain supply France, the same country that two months before vetoed the UK’s entry into the EEC with plutonium oxide. In November 1964, another contract was signed for the UK to supply France with 45kg of plutonium. Finally, in March 1965, the UK Atomic Authority signed an agreement with Euratom on the full exchange of information in the field of fast reactor physics. These contracts and agreements, made in a time of strained relations between the UK and primarily France, show that not only is nuclear co-operation with the continent outside of Euratom possible, it is also advisable for both parties to make such arrangements. The same is true today with the UK still being the major reprocessing centre for nuclear waste across the continent.

Of course, these treaties alone are not the basis for our future relationship with Euratom; the world we live in today is vastly different to what it was in the 1960s and our nuclear industry is not the size it once was. These old agreements do not cover medical isotopes at all, or nuclear safety regulations to the extent it is now. However, the very existence of these old treaties shows that new agreements that would include medical isotopes can be made. The time between the original 1959 agreement, the suspension of the application to Euratom and then the new contracts shows that such agreements can take place if the political will is present. This is before we even begin to consider the role of the International Atomic Energy Agency has with nuclear power station inspections or the Nuclear Energy Agency, formerly the European Atomic Energy Agency, has in ensuring the safe running of nuclear reactors and the spread of research to member states. There is also something to be said for the role of private industry in finding practical solutions to the continued safety and commercial success of Britain’s nuclear power industry.

It is politically unfeasible for the government to withdraw the Article 106a notification, without it raising questions about the possibility of withdrawing the notification of Article 50 due it being mentioned in the Article 50 letter of notification. Furthermore, ECJ jurisdiction over Euratom, something that crosses one of the Prime Ministers “red lines”, regardless of whether this is right or wrong, would mean that the government would still seek to leave Euratom even if it was possible to withdraw Article 106a. Rather than continue this endless circle of debate, let’s put pressure on Parliament, not just the negotiators to use historical inspiration to be inventive, and resolve this crisis. The 1959 agreement alone would be a strong foundation, something that can be built on over time.

Finding a solution to this problem is vital for the industry. Euratom is part of the global network of agencies which seek to maintain the effectiveness of nuclear power to provide energy for the future, particularly in the climate of reducing our dependency on fossil fuels. Regardless of how the UK government eventually resolves this, perhaps self-inflicted dilemma, negotiators and officials would do well to read up on their history. Not only would it help with Euratom, it could just help David Davis with his impact assessments by understanding what the situation was before joining the Community in 1973. It might just save them a whole lot of trouble.

Joshua McMullan is an AHRC Collaborative Doctoral Partnership student at the University of Leicester and the National Archives, researching Britain’s civil nuclear power programme and public communication and inclusion in the twentieth century. 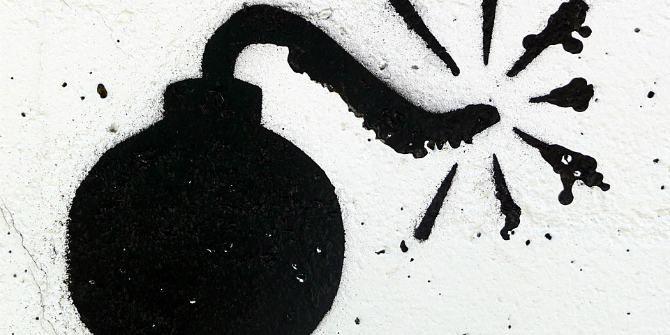 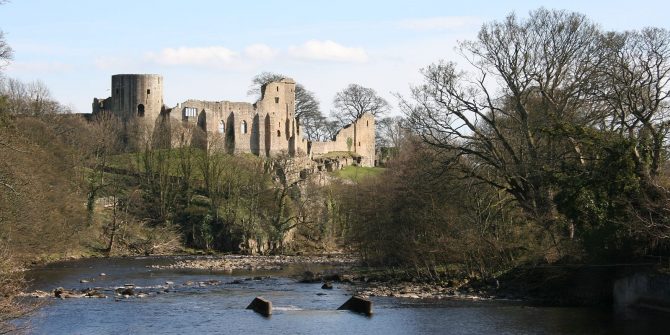