A pro-Brexit minister and MPs have accused the Civil Service of pursuing a ‘Remain’ agenda. Steve Bullock, a former civil servant, argues that the consequences of undermining civil servants in this way are potentially disastrous. By encouraging distrust in the impartiality of the Service – which has no right of reply – they increase the chances of sliding towards a system like that in the US, where civil servants are political appointees, or one where they can no longer speak truth to power.

In the last week we have seen what appears to be a concerted and coordinated campaign by Brexit ultras to discredit the Civil Service. Politicians attacking civil servants is not, of course, a new phenomenon. Sir Ivan Rogers, for example, was widely briefed against by cabinet members and Conservative Party advisors, and routinely attacked in the press. Nigel Farage called for British ambassadors to be sacked if they were not practising Brexit believers. Readers of Tim Shipman’s All Out War will also be aware of Michael Gove’s desire to end the power of the Cabinet Secretary, Sir Jeremy Heywood.

Now, though, the low murmur of disapproval that lots of civil servants happen to have voted Remain has been ramped up. It has become a concerted attack by ultras on a key part of the UK’s system of government.

Steve Baker, junior Minister at DExEU and ex-chair of the hard/no-deal Brexit European Research Group group of MPs, had spent the first part of the week claiming that his own department’s analysis of the economic impact of Brexit scenarios was not to be trusted.  In response to a loaded question by Jacob Rees-Mogg, he added to this, remarkably, by confirming to the Commons that Charles Grant, the highly respected head of the Centre for European Reform, had told him of a plot by Treasury civil servants to deliberately fix their economic model to make harder versions of Brexit look bad. Not only was it appalling for Rees-Mogg to attribute this accusation to Grant in the Commons, where he has no right of reply, but the Minister then gave it credence by agreeing that he had indeed heard this from Grant.

After denials from CER, and corroboration from others that Grant had not in fact said this, Baker has now said that he will apologise to Grant, and that he has the highest regard for civil servants.  The damage, however, is done.  The plan is working. The absurd idea of this plot is now out there, and it continues to feed the false narrative being pushed by other ultras that the Civil Service is not to be trusted.

Earlier in the week, Nadine Dorries MP dismissed the leaked impact assessments because e they were “put together by civil servants from the Treasury & Cabinet Office Brexit Unit run by #Remainer Olly Robbins.” She has not apologised to Olly Robbins, or to the Cabinet Office and Treasury officials whom she was seeking openly to undermine, though the tweet was deleted eventually. Again, though, the accusations do not need to stand to have their desired effect. Doubt is cast on the impartiality and integrity of the Civil Service, with no evidence.

In a similar vein, Andrew Bridgen MP has called repeatedly for Treasury economists to be “named and shamed”, and blacklisted from employment by the government. Phillip Davies MP said that the civil servant authors of the leaked report were “London-centric Remoaners” who “put up some dodgy figures to back up their case.”

Why does this matter? Are civil servants so fragile as to be above criticism? No. It matters because, since the reforms after the 1845 Northcote-Trevelyan Report, the UK’s ‘Westminster model’ system of government has relied upon having a professional civil service, appointed by merit not patronage, with the values of integrity, honesty, objectivity and impartiality.  This is essential for civil servants to advise and implement the policies of ministers, who are accountable to Parliament, and to do this no matter what the political persuasion of the government of the day.

This is not designed to fetter ministers. It is designed to ensure that even if ministers, as they will, make decisions based on political considerations, they still do so in full possession of the best available objective evidence and impartial advice. Good government, for the common good, requires this.

What happens when this system breaks down? The UK could move to a US-style system, where senior civil servants and diplomats are appointed by political patronage, and change with the administration. We’ve seen the results of this system most starkly in the Trump administration, where appointments have either been not made, or those with no experience have been appointed, and policies have been made with neither knowledge of or regard for their consequences.

Alternatively, the system may evolve into one where civil servants will no longer speak, as Ivan Rogers put it, truth to power, for fear of being either publicly castigated, or having their careers ruined.

Why is this an essential task of the ultras? Firstly, to debase the currency of objectivity and truth in politics. Their entire case – the most extreme Brexit at absolutely any cost – relies upon a denial of reason and evidence in favour of ideological fantasy. As such, the objectivity and evidence-based methods of the Civil Service represent a direct threat to them. The second reason is to ensure that there are a series of scapegoats available when Brexit turns out to be neither remotely positive, or done in the extreme way that they want.

Civil servants are the perfect scapegoats. They are forbidden from defending themselves publicly, from revealing the advice they give ministers, or divulging details of negotiations. Worst of all, some of them are even experts. Ministers and the MPs in their party can absolutely control the publicly available account of events, with little chance of comeback from the civil servants involved.

I believe that this is now a dangerous, deliberate and concerted effort by a group of MPs, with the complicity of some ministers, to undermine an essential part of the UK’s system of government for their own political ends. The PM, as minister for the Civil Service, and the Cabinet Secretary as head of the Civil Service, must take urgent steps to prevent this succeeding – because the consequences for the governance of the UK are potentially disastrous, and may be irreversible.

With thanks to Martin Stanley, whose excellent website Civil Servant was used as a reference for this article. 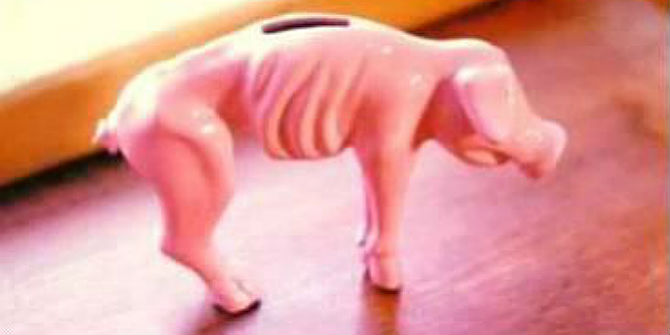 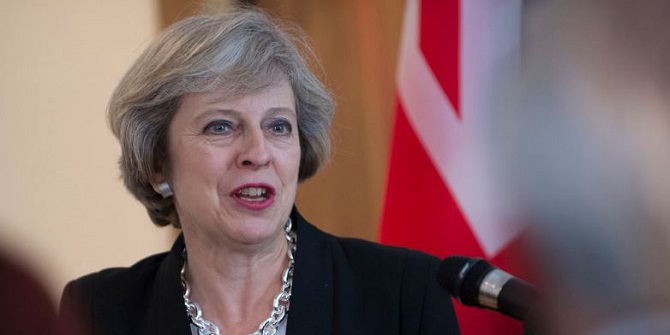