The recent surge in US protectionism constitutes a serious challenge to the global trade regime. The EU and China are likely to retaliate against American tariffs of 25% on steel imports and 10% on imported aluminium. The implications of the looming global trade war for Brexit Britain are severe, warns Robert Basedow (LSE).

The protectionist agenda of the Trump administration has been gaining momentum over the last weeks. Several signs underpin this assessment. First, Trump’s recent announcement to impose high tariffs on steel and aluminium imports seems to become reality. Nothing suggests that the US government may reverse its course. Second, the recent shake-up in Trump’s team suggests that the protectionist camp in the US administration is gaining in influence. Trump’s economic advisor, Garry Cohn, and secretary of state, Rex Tillerson, have stepped down this week. Both were critical of Trump’s protectionist rhetoric and agenda. Instead, Larry Kudlow and Mike Pompeo take over, who reportedly support Trump’s protectionist agenda. Finally, the US government has further spelt out its demands to China on how to rebalance their trade relationship. The new US demands are likely to amplify tensions over trade between the two powers.

The risk of tariff retaliations spiralling out of control

The surge in US protectionism constitutes a serious challenge to the global trade regime. The announced increases in tariffs on steel and aluminium are likely to primarily hurt US firms and consumers. Prices for steel and aluminium are likely to increase in the USA. The tariffs are, however, unlikely to have a significant negative effect on the European or Chinese economies. So while the economic effects of the tariff increases may be marginal, they are of significant political importance. The EU and China are under pressure to retaliate against US exports. They must signal to the USA and the global community that protectionism is not acceptable and does not pay off. The EU, China and other countries are thus likely to introduce safeguard measures to retaliate against the USA, which may trigger a spiral of retaliatory tariff increases. A classic trade war would occur.

The EU, China and other affected countries are moreover under pressure to launch a case against the USA before the dispute settlement body of the World Trade Organisation (WTO). The looming WTO case has the potential to do significant long-term damage to the global trade regime and world economy. The Trump administration justifies the increase in tariffs on steel and aluminium imports as a measure to protect national security. It is argued that a functioning domestic steel and aluminium industry are necessary to maintain the country’s defence capacity. This argument is not very convincing. Most experts agree that the tariff increases have the sole purpose of market protection. Yet, the US’ reasoning implies that the WTO’s dispute settlement body will have to assess whether the increased steel and aluminium tariffs indeed constitute an appropriate measure to protect national security under WTO law. WTO members and the WTO’s dispute settlement body have always tried to stay away from disputes touching on national security safeguards. The question was always deemed too politically sensitive. The current developments may leave the EU, China and other countries no other choice than to press ahead and launch a proceeding against the USA.

The dispute settlement body will be put between a rock and a hard place. The dispute settlement body may rule that the US measures comply with WTO rules and open the floodgates for other countries to follow suit and use the national security safeguard to engage in hidden protectionism. Significant damage to the rules-based global trade regime would be done. On the other hand, the dispute settlement body may rule that the US measures cannot reasonably be construed as measures to protect national security and are thus illegal under WTO rules. This ruling would increase tensions between the USA and the WTO. The USA and WTO are, however, already on very bad terms. Trump has repeatedly criticised the WTO as a bad, ‘broken’, organisation and has sought to weaken and to paralyse the WTO. If the dispute settlement body was to qualify the US tariff increases as illegal under WTO rules, it may give the Trump administration the political ammunition to take more determined action and to leave the WTO altogether. The rules-based global trade regime, which constituted an anchor of stability for the world economy since the end of World War II, would cease to exist.

Implications for the UK after Brexit

A weakening or collapse of the WTO and the rules-based global trade regime would constitute an economic threat to the entire world. All countries would face considerable economic uncertainty and reduced prosperity. The United Kingdom, however, would be more affected by these developments than most other countries. Why is that? First, the United Kingdom – after Brexit – must be considered as a small open economy. The prosperity of small open economies relies more on international trade than the prosperity of large economies. Large economies are typically more self-sufficient. A fall in global trade activity and rise in protectionism would thus harm the UK more than the USA, EU, China and others. Second, the UK will not have any bilateral trade deals in place to substitute for contested WTO rules once it leaves the EU. For the first couple of years, the UK will fully rely on WTO rules to trade with other countries. If respect for WTO rules and jurisprudence vanishes, the UK may face an anarchic world economy.

What can the UK do to avoid a worst-case scenario?

All countries should strive to avoid this scenario. But what can the UK – as a country particularly at risk – undertake to prevent such a worst-case scenario? The UK may use its ‘special relationship’ with the US to ease the protectionist tendencies in the Trump administration. Certainly not an easy task. The UK may moreover use fora such as the upcoming G20 meetings to encourage discussions on a common problem definition. All major trading powers agree that the current global trade regime is flawed and needs reform. They disagree, however, over the actual problems and consequently reform options.

The US’ turn toward protectionism must be seen as an attempt to turn up the heat and get other trading powers – such as China and the EU – to recognise US reform demands. The UK may want to play a mediating role and try to foster a common problem definition. Third, the UK may need to put much greater emphasis on signing a transition deal to at least keep secure access to the Single Market. It should furthermore step up efforts to negotiate bilateral trade agreements. Liam Fox’ plan to negotiate one of the first bilateral trade agreements with the USA may be the wrong way forward. The USA is among the toughest negotiating partners in trade deals and the UK should first gain some experience with trade negotiations before taking on the USA. Finally, the UK may want to reconsider the Brexit decision all along. The emerging multipolar world of the 21st century is a much less stable and secure place than the uni- or bipolar world of the late 20th century.

The post gives the views of the author, not the position of LSE Brexit or the London School of Economics. 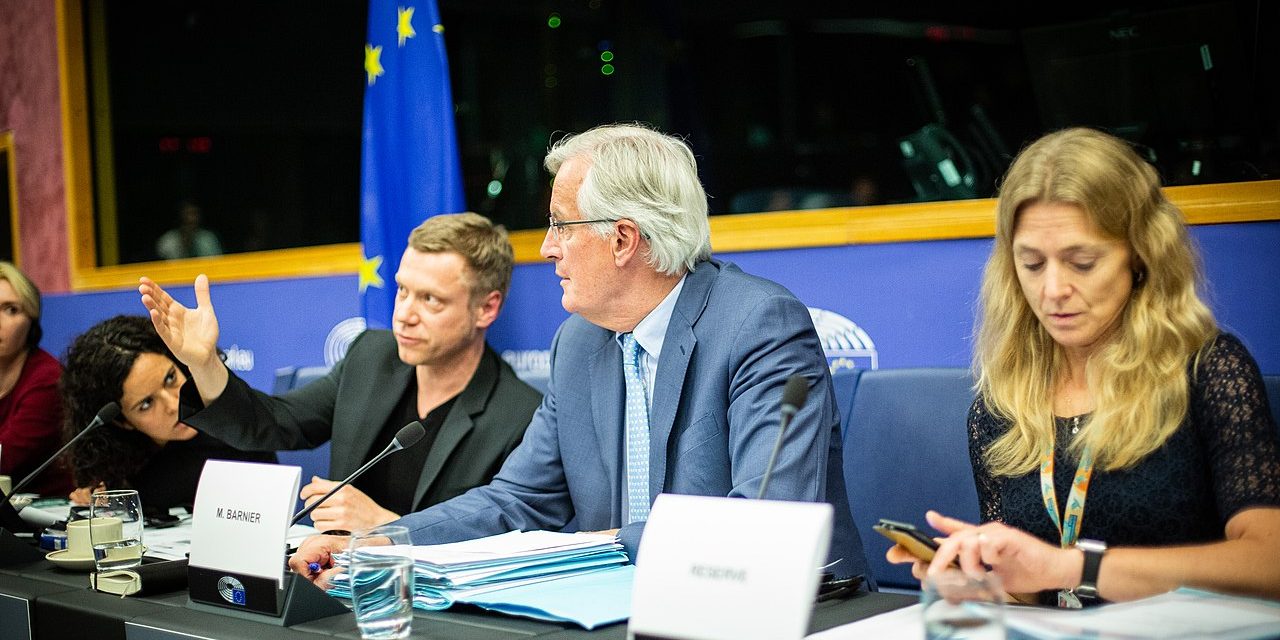