In an extract from Next Steps: Implementing a Brexit deal for UK citizens living in the EU-27, Meghan Benton (left), Aliyyah Ahad, Michaela Benson (right), Katherine Collins, Helen McCarthy, and Karen O’Reilly (Migration Policy Institute) explain how access for Britons who use health, benefits and social care systems in the EU27 will change after Brexit. In Spain – where many elderly Britons live, and where social care is hard to access – there are likely to be gaps in provision, and a number may decide to return home.

UK citizens covered by the draft withdrawal agreement will enjoy many of the benefits and services after Brexit that they do currently. For example, the agreement preserves the existing EU rules on social-security coordination and pensions uprating for all EU and UK nationals covered by the agreement. Contributions made before and after the transition period will be taken into account when aggregating periods of social-security insurance. However, unlike earlier versions of a deal, the 19 March draft withdrawal agreement includes a provision under which future changes to the EU legislation it refers to will not automatically be incorporated into the withdrawal agreement. Instead, the UK-EU Joint Committee can decide ‘in good faith’ and within six months of the European Union adopting a new regulation whether or not the United Kingdom will have to implement the changes it details. This offers fewer guarantees to UK and EU nationals living abroad and looking to export their benefits. Moreover, the latest draft agreement imposes new limits on citizens’ access to such benefits: instead of having permanently portable benefits, UK citizens living in an EU Member State can only benefit from the existing social-security coordination rules if their residence in the host Member State is ‘uninterrupted’.

Other outstanding issues associated with access to benefits and services fall into three categories: eligibility, proof, and coverage. Brexit may expose existing deficiencies in health- and social-care systems, especially as affects pensioners, regardless of whether the withdrawal agreement resolves reciprocal health-care issues. In terms of eligibility, significant gaps exist in access to and provision of care. For instance, while pensioners are entitled to an S1 card, which allows them to access care in their country of residence, the cost of which is then reimbursed by the country in which they draw their pension, early retirees are ineligible for such a card. This means that they have to get private health insurance (both for the sake of securing residence rights and to access the care itself). As a result, there is thought to be some fraud related to EU-national residents of other Member States routinely using the European Health Insurance Card (EHIC), which is supposed to be for temporary visitors, and to the common practice among UK nationals of returning to the United Kingdom to access the UK National Health Service (NHS). If Brexit leads these British populations to register in their Member State of residence, this could effectively mean they can no longer access care from the NHS.

In terms of the proof needed to access benefits and services, EU countries are facing a shift from needing (in most cases) only to see a UK national’s passport to requiring them to furnish alternative forms of verification. As a government official in France described it, ‘as long as you have your EU passport, no one will ask you questions.’ In future, it is likely that Member States will have to put into place new systems for verifying that UK nationals are entitled to services. One exception is Ireland, where the situation will likely remain the same after Brexit, with a passport being the main route to accessing services and the labour market, as long as the Common Travel Area (which long predates and is not dependent on the European Union) remains in place. In other countries, access will depend heavily on other forms of documentation.

Existing limitations in Member State social-care systems could also become more important after Brexit. In Spain, social care is difficult to access (and there is no in-home care), leaving many pensioners to rely on voluntary services and informal social networks. Community support systems in the country also help pensioners access public health care by providing translation and helping them navigate the idiosyncrasies of the Spanish system. Often, this entails savvier British residents or Spanish locals explaining the cultural differences Britons may encounter in the Spanish health-care system and helping temper expectations of service provisions. Without free movement for extended family members, it may also become harder after Brexit for older UK nationals to call upon family members living in the United Kingdom to visit them to offer temporary support.

Finally, although EU and UK negotiators committed in the joint report (and the draft withdrawal agreement) to continuing pensions uprating and social insurance arrangements for Britons living in the European Union, many UK nationals are nonetheless facing a loss of income that may leave some at risk of destitution. The depreciating value of the pound—and, as a result, UK pensions and savings—has hit pensioners hard. Unrelated changes to private pension rules could further impact the net income of retired Britons abroad. On top of that, several countries (including Cyprus, France, Italy, Portugal, and Spain) are not recognised as having Qualifying Recognised Overseas Pension Scheme (QROPS) approval, meaning private pensions cannot be exported from the United Kingdom to these countries.
Even if most of the issues likely to affects UK pensioners in the EU-27 are resolved on paper, many individual Britons will likely still face tricky situations. Retired populations abroad already lack social support networks; post-Brexit communities may find themselves receiving fewer younger retirees, and restrictions on bringing in non-dependent family members limit another source of support. Studies conducted in Spain have found that some older Britons, facing deteriorating health and mobility, find their only option is to return to the United Kingdom. The combination of declining net income, unaffordable or inaccessible social care, and potentially more costly health care (at least for some) or declining quality of care as costs go up could be the perfect storm, forcing many to return home. And in the event that travel between the two countries becomes more difficult, there is likely to be a gap in provision for elderly Britons and more pressure on voluntary organisations to step in.

The implications for the balance of payments between the United Kingdom and the remaining Member States are unclear. A 2017 report estimated that ‘if all the British pensioners who currently receive health care in other countries through EU agreements had to return, caring for them would require the NHS to spend an extra £1 billion a year.’ Currently, the UK Department of Health estimates they are covering the health-care costs of some 190,000 pensioners abroad. While the United Kingdom pays out more than it receives in reimbursements from other Member States, this partly reflects a greater propensity among UK nationals towards early retirement and retirement migration.

All of these factors combined, it is likely the United Kingdom will have to prepare for the return of some Britons, perhaps not because people are no longer legally eligible to stay in their countries of residence, but because it is no longer a viable option financially. Even before the UK referendum, surveys found some UK pensioners in Spain were considering returning home, in part because of the tougher financial situation following the economic crisis. However, if British nationals in need of medical care are forced to return to the United Kingdom permanently and at short notice, they may struggle to pass the ‘habitual residence test’ that ties non-emergency access to the NHS and local-authority services to having an established residence in the country. The prospect of thousands of pensioners returning in need of support in settling back into life in the United Kingdom is thus a possibility the UK government can ill afford to ignore.

This post represents the views of the authors and not those of the Brexit blog, nor the LSE. It is an excerpt from Next Steps: Implementing a Brexit deal for UK citizens living in the EU-27. Migration Policy Institute, April 2018.

Aliyaah Ahad is an associate policy analyst at the MPI.

Michaela Benson is a reader in sociology at Goldsmiths, University of London and the research lead for the project BrExpats: Freedom of Movement, Citizenship, and Brexit in the Lives of Britons Resident in the EU-27.

Katherine Collins is a research associate at Goldsmiths, University of London.

Helen McCarthy is a doctoral candidate at Middlesex University.

Karen O’Reilly is Professor Emeritus at Loughborough University and Professorial Research Fellow on the BrExpats: Freedom of Movement, Citizenship, and Brexit in the Lives of Britons Resident in the EU-27 research project.

Karen O'Reilly is Emeritus Professor of Sociology at Loughborough University and a freelance qualitative research trainer. 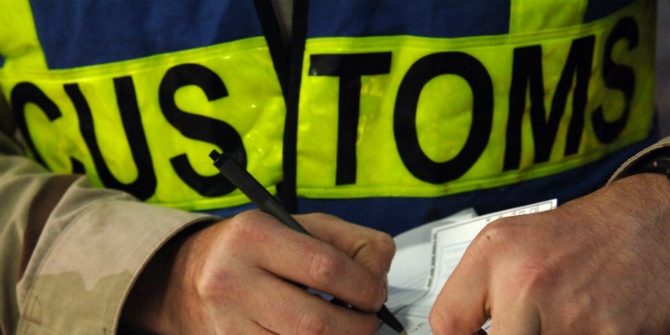