Should there be a second referendum on EU membership? For obvious reasons, it is Remainers who are leading to call for a second ‘people’s vote’. But there are good arguments for Leavers to favour a second referendum, argues Albert Weale (University College London). It may sound odd, but it is true.

As I explain in The Will of the People: A Modern Myth, the idea of the will of the people is a sloppy and misleading way of talking about majority voting in a democracy. It relies on a mythical view of democracy as direct popular decision making and opens the political process to control and manipulation by the executive.

Democracies do need to be based on majority opinion, but it is only misleading to talk about a vote as revealing the will of the people.

But let me put aside these concerns for the sake of argument, and accept that majority voting does yield something we can call the ‘will of the people’. What follows about the need for a second referendum?

The principle of majority rule is simple when there are only two options. Between two alternatives, the one that secures 50% plus one vote wins. Generally this is a good rule for public decisions in a democracy because it is fair to those with different views.

Everyone’s vote counts for one and for only one. In this case, majority voting gives equal voice. Applied to the question put in the referendum, the result was clear.

However, Leave was never one alternative. If this was not clear before Chequers, it certainly is now.  Is the Chequers plan better or worse than leaving the EU on WTO terms? Leavers themselves disagree on this question. So leaving the EU turns out to be not a two-way decision, but a three-way decision. The question then is: what does majority rule mean in this three-way choice?

Looking at Figure 1, you might think that Remain was really the majority choice.  Since the referendum result was close, it is unlikely that either the Chequers plan or the WTO alternative would gain as much as 48% of the vote.

But that thought is too quick. In June 2016 there may have been lots of people who voted Remain, not because they were enthusiastic to remain, but because they thought the WTO alternative was the worst of all worlds, and cast a cautions vote to avoid that outcome.

Similarly, there may have been some people who voted Remain, although they really wanted the UK out of the EU, thinking the most likely outcome was a half-way house like the Chequers plan. We simply do not know about what went on in people’s minds about these possibilities.

There are two common explanations given. The first says that the way to define the will of the people is to take the option favoured by the single largest group, even if that falls short of an absolute majority. The second answer says that the right way of defining majority preference is to see which alternative wins when placed against all the others in a pair-wise choice.

A three-way choice also shows the importance of how the political agenda is defined. When there is a choice to be made over three alternatives, the order in which those alternatives are voted on matters greatly.

Suppose Remain was the majority preference over either Chequers or the WTO option. Since it has been discarded as a result of the first referendum, it is no longer on the policy agenda. So, without a second referendum, the UK risks ending up with an alternative that a majority of the electorate actually opposes.

Even if Remain did not beat both Chequers and WTO, it is still true that the final choice could have a substantial majority opposed to it. For example, Remainers may well prefer Chequers to WTO as their second choice, and so would be part of a majority favouring Chequers.

But we could end up with the WTO outcome. Because we do not know what the majority is without a second vote, we risk a silent majority that ends up with policies with which it strongly disagrees and cannot change.

I fully accept that organising the mechanics of three-way voting might look difficult in practice. The most straightforward way would be to list three options on a referendum paper and ask voters to rank them 1, 2, 3. This was the idea put forward by Justine Greening in July, which some thought too complicated.

But it is no more complicated than the underlying issues, and a referendum organized on these lines would mean that we would know what the majority of the people preferred. If Leavers really want to act in accordance with the will of the people, that is what they should favour. It is certainly what should be favoured by anyone who believes in the principle of majority rule.

Albert Weale is Emeritus Professor of Political Theory and Public Policy at UCL and the author of The Will of the People: A Modern Myth (Polity Press), due out in September. 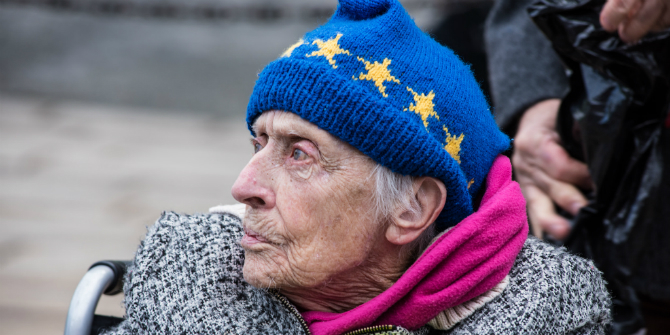