Lessons from Norway: The case for a second referendum on Brexit

Lessons from Norway: The case for a second referendum on Brexit

Britons did not vote over what type of relationship or association the UK should have with the EU post-Brexit. The UK should hold a second referendum over the final deal of the negotiations with the EU. In this blog, Erik O. Eriksen (ARENA Centre for European Studies) draws on Norwegian experiences in arguing that there should be a second referendum on Brexit. After all, he argues, the UK is a parliamentary democracy and referenda are only advisory.

The main problem in the Brexit negotiations is that the EU does not accept the UK’s wish to stay in the single market without also accepting its rules and obligations. There should be no cherry-picking, it maintains. In the debate on forms of association with the EU, Michel Barnier, the European Union’s Brexit negotiator, recently stated that ‘the British have a choice. They could stay in the single market, like Norway, which is also not a member of the EU – but they would then have to take over all the associated rules and contributions to European solidarity. It is your choice’. In the UK, however, there is no agreement on what Brexit really means. Two pro-Brexit ministers have left the government and Prime Minister May only has a slight majority in Parliament. A debate on a second referendum has emerged. Many people disagree with the suggestion to hold a second referendum, arguing that it is only an attempt by sore losers to get a second chance. Apart from practical difficulties with arranging a referendum before the UK is set to leave the EU in March next year, there are no good reasons not to hold a new referendum. After all, the UK is a parliamentary democracy and referenda are only advisory.

The unknowns of Brexit – lessons from Norway

Britons did not vote over what type of relationship or association the UK should have with the EU post-Brexit. What exactly Brexit would entail was not debated and the alternatives were not clear. In contrast, Norway in 1994 voted over the final results of the negotiations with the EU. It was rejected by a slight majority. The Norwegian parliament then voted to join the already existing European Economic Area Agreement (EEA), which gave Norway access to the single market. Since then, the EEA has become a ‘blueprint’ for the EU’s relations with its neighbours; the ‘second-best’ model after full EU membership. Would this model meet the UK’s request of taking back control?

The EEA Agreement comes with its own court (the EFTA Court), and its own surveillance authority. The decision-making process under the EEA Agreement is characterised by a two-pillar structure. Since EEA member states have not transferred legislative competencies to the EEA institutions, they cannot accept direct decisions of the EU. The EEA Agreement, therefore, established the EEA EFTA bodies to match those of the EU. The joint EEA bodies bind the two pillars together. The EEA Committee transposes the relevant legal acts from EU to the EEA law. Decisions in the Committee are unanimous, and if agreement is not reached on the implementation of a legal act, the EEA countries can reserve themselves collectively against the inclusion of the act in the Agreement. However, this right is very difficult to apply in practice. If it were to be used, the entire EEA arrangement would come under threat. Such reservations would create an imbalance in the single market, which could lead to counter-reactions from the EU in the form of protective measures. The reservation right has therefore remained latent in the 24 years that the EEA Agreement has been in force, and it is doubtful whether any government would be willing to risk the uncertain consequences of using it. In reality, Norway is subjected to EU law like EU members. It must pay and obey but has no say! The Norwegian prime minister, Erna Solberg, warned the Brits before the referendum on EU membership: ‘don’t leave, you’ll hate it’.

The question is how close to this status the UK will come after Brexit, even if they succeed in putting up an EEA-like agreement of their own (or a Canada plus model, for that matter). The experiences with the EEA Agreement from Norway show that being outside the Union but inside the single market entails being subjected to EU-law like the EU members. Is this what the Brexiteers voted for? The UK should, therefore, hold a second referendum over the final deal of the negotiations with the EU. 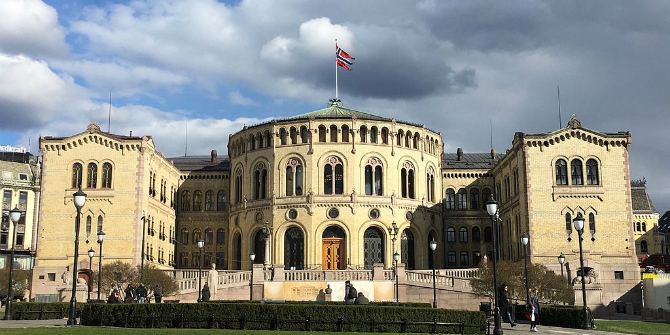 Violations of the spirit and the letter of the law

The Brexit campaign has been accused of breaking the electoral law by exceeding spending limits. Two people working on the ‘Vote Leave’- campaign have already been penalised for violating these rules. More than 50 members of the UK Parliament, including some Conservatives, have reported the Vote Leave campaign to the Metropolitan Police and the National Crime Agency asking them to investigate the campaign activities. Former Labour Cabinet Minister Ben Bradshaw, who did the reporting said that ‘there has been no bigger decision – beyond questions of war and peace – before the British people in the last half century’ and that the Vote Leave campaign violated both the spirit and the letter of the law. There was, after all, only a slight majority of votes cast for Brexit and, for example, many British people living abroad were not allowed to vote. Furthermore, there was a majority voting to remain in both Scotland and Northern Ireland. The electoral commission has already found that the Vote Leave campaign violated electoral law, and a group of British expats living in France, Italy and Spain has launched a legal challenge against the Brexit referendum, arguing that the vote was unconstitutional.

Have one’s cake and eat it

It has become clear that the conditions set by the UK in the negotiations cannot be accepted without undermining the EU. The UK negotiators would like to have their cake and eat it. They want access to the single market, but do not want the rules and regulations that it entails. They do not want to accept the jurisdiction of the European Court of Justice or the four freedoms of the single market, especially not those pertaining to labour immigration. As, Michael Barnier, has stated: ‘the UK wants to take back sovereignty and control of its own laws, which we respect, but it cannot ask the EU to lose control of its borders and laws’. However, the issues relating to the UK’s commitments to Europe or to European integration were not a part of the debate before the Brexit referendum. Would the people have voted differently if they knew what the consequences were? The UK has played an important role in shaping the EU that we know today, and therefore has a responsibility for its future functioning. Do the British people want the EU to dissolve? Is this really in the UK’s best interest?

Only a new referendum can overrule an old one

Referenda are not well suited to handle complicated questions, and are often misused and exploited to serve other purposes. It were the concerns of the Conservative party that pushed former Prime Minister Cameron to hold the referendum on EU membership in the first place. Referenda are not good measures of the people’s will, but the only way to solve the conflicts that we see in the UK is by holding a new referendum. Only a new referendum can legitimately overrule an old one. It is far from certain that the result of a second referendum on the UK’s membership in the EU will be any different, but at least the citizens are in the position to make a more qualified choice.

Erik O Eriksen is the Director of ARENA and Professor of Political Science at the University of Oslo. 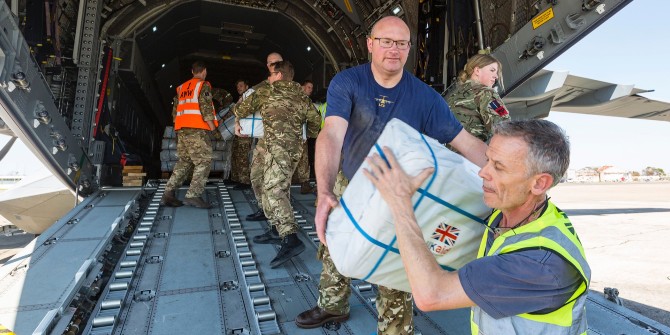