Bemused by Brexit? If you aren’t, you haven’t been paying attention

Bemused by Brexit? If you aren’t, you haven’t been paying attention

Brexit seems to get more complex and impenetrable by the day. Even experts can’t agree what’s going on. As the stakes get seemingly ever higher and the time-scales shrink, the confusion grows. But in reality, the choices and the issues are relatively simple, argues Colin Talbot (University of Cambridge). He outlines the possible choices available to the UK at this critical juncture.

To Brexit, or not?

The first issue is should the UK exit the EU or not? This is the simple question that the referendum asked and on which the country is still deeply divided. Those who think the UK must Brexit – including the Prime Minister – regard the 2016 referendum as a democratic mandate set in stone that cannot be overturned. That is a political, not a legal or constitutional choice. The referendum was only ever supposed to have been ‘advisory’. Some politicians chose to promise in advance, or in some cases after the result, to accept the result as a mandate.

Moreover, it was advisory to Parliament. It didn’t replace representative democracy, it was meant to be a supplement to it. Parliament – or more precisely the House of Commons – could if it wished to choose to ignore the result. Indeed, it wasn’t even this Parliament that enacted the referendum, it was the previous one. It is perfectly legitimate to argue – as many MPs do – that the 2016 vote cannot be ignored or that the political promises made at the time, and since, have to be followed through. But it is equally legitimate to dispute this and say that in the end, Parliament can decide. 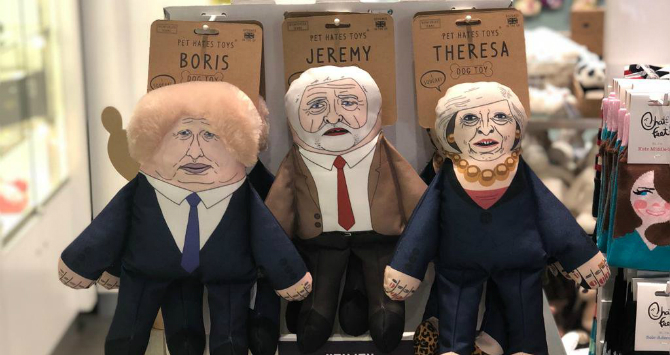 Several arguments and pieces of evidence have been advanced to suggest the 2016 vote was corrupted. These include: the franchise was deliberately manipulated to exclude Remain voters; there was significant rule breaking by the Leave campaign; there was foreign (Russian and possibly US ‘dark money’) interference in the campaign; etc. All of these are contentious. The rule-breaking and interference clearly took place but its scope and what the impact was is unclear. There are also arguments that both sides told lies or distorted facts, which is true. What the balance of lying was, and its effects, are highly contentious and probably irresolvable.

Some very vocal political scientists have argued that all of this is irrelevant and what really matters is why so many ordinary voters chose “Leave”. That is indeed an important question, but it’s a different one from whether the very close result was affected by illegitimate actions and actors. This is an empirical question that could be investigated – both by academics and, more crucially, by the authorities. But the latter seem remarkably uninterested in it because it is clearly politically inconvenient in the short-term.

What is to be done?

The choices facing the UK remain simple, even if their resolution appears complex both as a political process and in the details (where devils do lurk). Parliament could simply decide to revoke Article 50 and Remain. This might be rationally justifiable (and I think it is) but is probably not politically possible.

Parliament can make a choice between two ‘Leave’ options: these can be summarised broadly by two country names – Norway or Canada. That is ‘Leave’ but remain very close to the EU for trade and most other things or establish a much more distant relationship. But this choice is not being presented to Parliament. The Withdrawal Agreement simply kicks this can another 20 months down the road. The Political Declaration offers a “broad spectrum” of options, which in reality boil down to Canada or Norway. Passing these through Parliament resolves precisely nothing about the UK’s future outside the EU.

One option Parliament, it is clear, will not choose is to ‘Leave’ without a deal – the so-called ‘WTO’ option. About 90% of MPs recognise this would be disastrous for the UK. Which is not to say it cannot happen by accident. The game of chicken being played by the Prime Minister could easily lead to such a disaster.

The final issue is whether Parliament should make these decisions itself at all. Having effectively abrogated its responsibility to the referendum perhaps the only way ‘out’ now is to go back to the people with a fresh vote. Given Parliament appears deadlocked, this has increasing appeal to some. But this raises the question of whether such a fresh consultation should include the option to vote ‘Remain’. And, something rarely discussed, what such a votes status would be.

There is probably a majority in Parliament for something like either ‘Norway’ and/or a second referendum to choose between: first Leave or Remain (again); and second, if Leave, on what basis – Canada or Norway?

Whether such that majority can find its way to realisation – against the effective opposition of both main parties’ leaderships – remains to be seen.