In the result of the Brexit turmoil, the idea of a united Ireland is gaining traction. However, what would unifying Ireland actually entail, asks Aoife O’Donoghue (Durham University)? She outlines the legal aspects of the potential process for bringing about such unification.

Of the many things thrown up in the air by Brexit, the potential for it to bring about a united Ireland is gaining increasing attention. This ought not to be a surprise to anyone. Economics has long since played a part in the history of partition, the border and the questions about the consequences of unifying both polities on the island. This blog post focuses on the legal aspects of the potential process for bringing about unification, it doesn’t map a substantive vision of a unified Ireland (beyond foregrounding important social, cultural, economic and political questions), because that will be for the people of the two polities to decide. 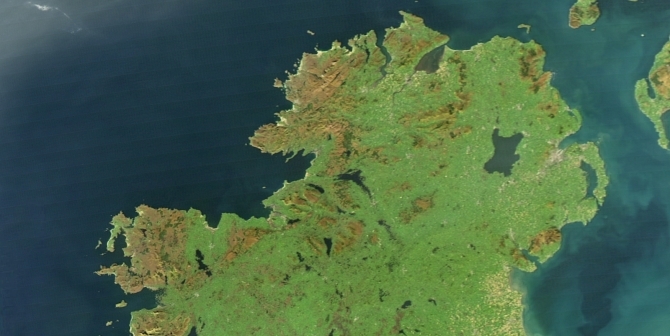 The Good Friday/Belfast Agreement (GFA) provides a basic template for how to go about asking both polities whether unification is something they desire. Nonetheless, beyond the GFA there are a range of critical issues that require the forethought that was largely absent before the Brexit vote. While Ireland has a long history of referenda (including, as with abortion or divorce, returning to the same issue several times) the UK’s use of the practice is more sporadic. Although the Scottish independence referendum does provide some valuable experience, the context of joining (to two) polities together as would happen in Ireland makes the scenario different in significant ways.

One of the first tasks is to address international law and in particular the right to self-determination. In many ways, the GFA cuts short debate as to the type of self-determination to which Northern Ireland is entitled, by acknowledging the right in the text. How that right is manifested remains relevant. While there may appear to be obvious examples such as Germany or Vietnam of unification, rarely are examples exactly aligned and the potential for peoples in the two polities to have differing views of what self-determination means for them needs reflection.

A further issue arises from the question of successor states. If unification were to happen, there would be two. While not wanting to make assumptions as to future possible names, they would be Ireland and Great Britain. It is unlikely that anyone will contest Great Britain’s continued permanent seat on the Security Council, as the Russian Federation kept its seat after the break-up of the USSR, other issues around sovereign debt, state pensions and continuing human rights obligations – some of which will emerge from the GFA itself – remain to be decided.

Democracy also plays a critical part. The GFA and the Northern Ireland Act envisage a border poll in Northern Ireland, but questions regarding the franchise and timings remain to be decided. In this regard a ‘thick’ conception of democracy is necessary. The discourse around Northern Ireland has always relied upon a division between two groups; Unionist and Nationalist. This has long silenced women in Northern Ireland’s political discourse – and for different reasons is replicated in Ireland. Other groups including the Traveller Community, LGBTQ, immigrants and those with disabilities are either pushed into identifying with one of the two groups or are entirely excluded as incapable of meeting the criteria of membership. Much as parity of esteem under the GFA requires that the fundamental division within Northern Ireland’s society be reflected in decision making, this can no longer be to the exclusion of whole sections of the populace. Any discussions about unifying Ireland must ensure that, throughout the island, those who have been marginalised are brought into the core of democratic engagement.

A further consideration, particularly for Ireland, is the form of referendum which should be held. In 1998 Ireland held a contingent constitutional referendum regarding the GFA. Contingency was based on all sides fulfilling their immediate obligations under the GFA before the Irish Constitution would be changed. This process could be replicated. A further option would be a non-constitutional plebiscite. Ireland is only now planning its first attempt at such a vote ­– on the election of local mayors. As part of this decision – and critical in both polities – will be the nature of the franchise. The Scottish independence vote’s extension of the franchise to 16 will surely prompt a debate that both Ireland and Northern Ireland will need to consider. The GFA’s framing of the ‘people of Northern Ireland’ and the legalisation of this term through the Brexit process creates a very narrow understanding of who ought to make that decision for Northern Ireland – it would exclude from voting, for instance, Irish citizens born in Cork and living in Belfast who did not have a Northern Ireland parent. A constitutional referendum in Ireland is limited to citizens, which may make a stronger case for a non-constitutional referendum to extend the vote to individuals from Northern Ireland who are living in Ireland who have not chosen to adopt Irish citizenship, rather than assuming that they want to make this choice (let alone imposing this identity) in a similar manner to that which the UK Home Office is doing in the de Souza case.

The continuation of key elements of the GFA even after unification will also require reflection. Strand three of the GFA and East-West co-operation will remain, dual citizenship for Northern Ireland must be accommodated and parity of esteem maintained. Human rights obligations will also persist. This will be essential in considering any federal or devolved system for Northern Ireland. Hard-won reproductive rights and marriage equality in Ireland, as well as other human rights obligations under the European Convention on Human Rights and broader international law, should be extended to Northern Ireland. Currently, the reciprocity in human rights across the island, which the GFA requires, is being stretched to its limit.

Brexit has required populations to mostly watch protracted processes of political negotiation. Those in Northern Ireland are well versed in such processes. Any processes of entering into debate on unifying Ireland will require long periods of engagement and tolerance from both polities on the island and indeed in Britain. What will be essential is that both polities are directly involved at all levels of discussion and not just bystanders to decisions made behind closed doors and then presented with a finished product. Both politicians and indeed academics should not assume that they know what the people want, or would hope for, in any future governance structures on the island.

This post represents the views of the author and not those of the Brexit blog, nor  LSE. Image: Public Domain. 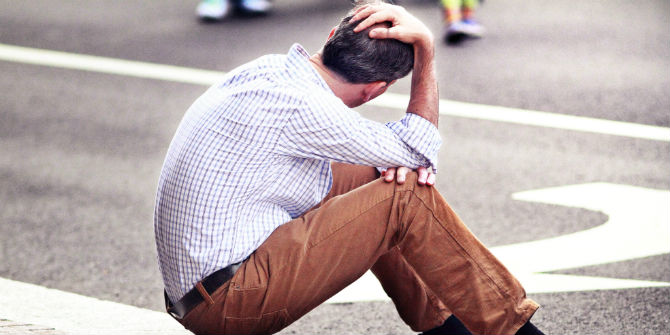