Brexit has left EU nationals feeling vulnerable and sometimes unwelcome in the UK. Sara Benedi Lahuerta and Ingi Iusmen (University of Southampton) carried out research among Polish nationals in Southampton, who explained how an increasingly hostile climate has affected them.

Recent evidence shows that anti-immigration and xenophobic attitudes in the UK reached a peak during the Brexit referendum campaign and shortly after the Brexit vote. Racism and discriminatory incidents have become normalised as a result. The findings of our empirical project – using mixed methods and focusing on Polish nationals in Southampton – demonstrate that the referendum campaign and vote led to significant changes in the vulnerability of EU nationals in the UK.

We found not only changes in objective vulnerability (i.e. linked to external events such as hate incidents or discrimination explicitly based on the individual’s national origin), but also changes in subjective vulnerability (i.e. individuals’ feelings of anxiety, fear and insecurity due to the worries about experiencing racially-motivated hate incidents or institutional discrimination). Our data illustrates the increase in the vulnerability experienced by Polish nationals after the referendum, compared to the period before it. While our analysis is based on the case study of the Polish community in Southampton, related research and data suggest that these experiences may be representative of a large proportion of EU nationals residing in the UK.

Discriminatory attitudes and incidents involving EU nationals were already apparent before the referendum. First, state policies permitting institutional discrimination created obstacles for EU nationals trying to exercise their free movement and social rights. For instance, Home Office migration policies in the 2000s differentiated between various groups of EU nationals according to their alleged desirability, with A2 nationals (Romanians and Bulgarians) subject to stricter migration controls. Second, media discourse blamed EU migrants for economic and social problems. For instance, it portrayed EU migrants as responsible for higher levels of crime, as a social and economic threat and the cause of unemployment and housing shortages, as a strain on social and public services, and as triggering a race to the bottom regarding low-skilled jobs. This rhetoric was embraced by both far-right parties such as UKIP and to a certain extent by mainstream parties. These factors legitimised an ‘us’ versus ‘them’ mentality among Britons, and paved the way for discriminatory and hate crime incidents even before the referendum.

Our study shows that the referendum and its aftermath triggered heightened subjective vulnerability among Poles (and probably more widely among EU nationals) in at least four ways. First, the objective vulnerability experienced by Polish nationals increased, due to the surge in hate incidents. Our findings mirror the general post-Brexit trends that indicate a rise in hate-based and prejudice-driven incidents. Polish nationals in Southampton experienced verbal abuse, with frequent references to ‘going back to their country’, incidents in schools (where Polish children were bullied by their British classmates), smashing of Polish shop windows and name-calling.

Second, Polish nationals reported a heightened sense of being different, which contributed to fear and anxiety (subjective vulnerability) in anticipation of the mere possibility of being treated differently following the Brexit vote. For instance, Poles reported feeling much more self-conscious about things that would identify them as a migrant post-referendum. Some noted being uncomfortable about speaking Polish, having an accent or poor English, and even avoiding Polish shops and not engaging with the Polish community for fear of having the ‘migrant tag’ applied to them, even if they had never personally suffered any discrimination or hate incidents.

Third, Poles are increasingly feeling unwelcome. The migration-centred media and public discourse that dominated the referendum campaign means that many Poles perceive that the general atmosphere has changed, and that broader society has become more hostile towards them. Strong anti-migrant rhetoric in the referendum campaign and the understanding that the result somehow legitimised it left many Poles feeling collectively prejudiced and judged by the very fact of the Brexit result. Our survey participants explained:

‘After the referendum and the decision to leave the EU, I started to feel unwelcome and that I am worse than British people, because of my foreign origin’.

‘The most profound change [between 2014-15 and 2016-17] has been in the public discourse of the presence of Eastern Europeans in the UK which changed from positive to very negative; it did not affect me directly but made me feel less welcome. I also felt like I was being judged by the general public as if there was a suspicion I had done something wrong (topic of benefit abuse, drug abuse, inability to integrate, etc.)’

‘I think that other people’s attitude towards me has not changed but because of the new political and social atmosphere, the perception of being welcomed has changed.’

Finally, a key contributing factor to Poles’ subjective vulnerability is the uncertainty about their future legal status, including their right to reside in the UK and their entitlement to access social rights post-Brexit. This uncertainty led to a significant increase in the number of Polish nationals who considered returning to Poland shortly after the referendum.

Indeed, there has been little clarity regarding the documents and evidence required by EU nationals when applying for ‘settled status’ post-Brexit, and they have often encountered problems due to the ‘hostile environment’ characterising Home Office dealings with immigrants more generally. This uncertainty about administrative and legal status, along with the realisation that belonging is suddenly contingent, has contributed to the fear and anxiety (i.e. subjective vulnerability) experienced by EU nationals, including Poles.

Our evidence shows that the referendum has not only worsened the pre-existing ‘hostile environment’ experienced by EU nationals, but has also created a socio-political environment where Britons feel more entitled to express xenophobic views against EU nationals, leading the latter to feel unwelcome and to fear that their national origin, foreign names or accent may now start to be an aggravating problem in their dealings with UK institutions and in social interactions, both in the private and public sphere. Under the Equality Act 2010 (section 149) public authorities have a general equality duty to have due regard to the need to ‘eliminate unlawful discrimination, harassment and victimisation’ and ‘foster good relations between people who share a protected characteristic and those who do not’ (under the Act, ‘race’ is a protected characteristic, which includes national origin and nationality). However, they have so far done little to address the higher levels of xenophobic behaviours towards EU nationals, their heightened sense of vulnerability and the deep cleavage between ‘us’ (Britons) and ‘them’ (foreigners) that has been increasingly dividing the British society since the referendum. While some voluntary initiatives like the Existential Academy have provided psychological and emotional support to EU nationals, local and central authorities have so far done little to address this heightened sense of subjective vulnerability.

This post represents the views of the authors and not those of the Brexit blog, nor LSE. It draws on The impact of Brexit on EU nationals’ vulnerability: the case of Polish nationals (ESRC, University of Southampton).

Sara Benedi Lahuerta is a Lecturer in Employment Law and Director of the Stefan Cross Centre for Women, Equality and Law at the University of Southampton.

Ingi Iusmen is a Lecturer in Governance and Policy within Politics and International Relations at the University of Southampton. 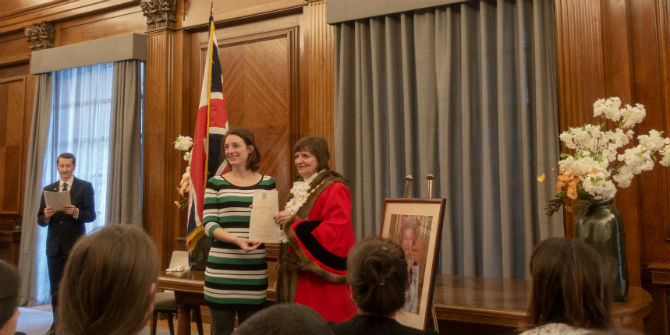 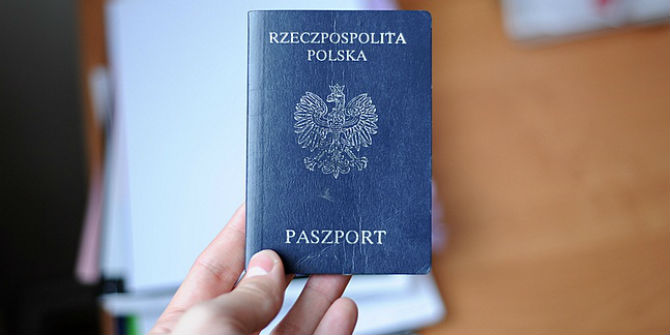