Robert Brett Taylor (University of Aberdeen) examines the UK Supreme Court’s ruling on the prorogation case. He explains what it means for ministerial responsibility, constitutional conventions, and Parliament’s ability to politically check government. Political accountability has been strengthened, rather than weakened, by the Court’s decision, he argues.

On 24 September 2019, the UK Supreme Court handed down its judgment in Cherry/Miller (No.2).  All eleven Justices unanimously held that the Prime Minister’s advice to the Queen to prorogue (suspend) Parliament was unlawful, thus meaning that the prorogation itself was ‘unlawful, null and of no effect’ (para. 69).  Parliament, despite closing its doors on 9 September 2019, was therefore deemed to have never been prorogued at all (para. 70).  As a result, Parliament could resume business as normal without any further action required by the Prime Minister, and accordingly did so the very next day.

The Court’s reasoning behind this monumental decision can be briefly summarised as follows. Prorogation, as a prerogative power, is amenable to review by the courts. The courts are thus capable of determining both the existence and extent of a prerogative power, and therefore of determining whether the executive’s exercise of it falls within its legal limits. If a power exists, and has been exercised within its legal limits, the courts can also review the lawfulness of that exercise on the recognised grounds of judicial review (para. 35).  In determining the lawfulness of any prorogation, the Court held that consideration had to be given to two fundamental constitutional principles: parliamentary sovereignty (paras. 41-45) and parliamentary accountability (paras. 46-48).  If the effect of prorogation is to frustrate these principles, without reasonable justification, then it can be held unlawful (para. 50). This, the Court said, was a legal standard which concerned the limits or extent of the prorogation power (para. 52), but one which nevertheless had to be determined on the facts (para. 51).

In this case, the Supreme Court was of the view that the effect of proroguing Parliament for five weeks during the closing stages of the Brexit process clearly frustrated Parliament’s ability to scrutinise the executive (paras. 56-57).  The Court was further of the view that no reasonable justification was given by the UK Government for this interference, hence its decision to hold the prorogation unlawful (para. 61).

Central to the case was the issue of justiciability, in other words, the question of whether the decision to prorogue Parliament was a legal matter which could be determined by the courts, or a political matter which was best left to politicians.

Prorogation is a prerogative power vested legally in the Queen. Her use of that power, however, is governed by the constitutional convention (a political rather than a legal rule) that she should only do so on the advice of her ministers. In practice, therefore, the use of the Queen’s prerogative powers is at the discretion of Government Ministers, subject to any restrictions imposed on them by statute, common law or convention. The problem with prorogation, however, is the absence of any express legal limits on its exercise, specifically its purpose and duration. This was acknowledged at first instance by the Divisional Court in Miller (No.2), including crucially the absence of any constitutional conventions on the issue (paras. 54-55) which are in any case unenforceable by the courts (para. 51, see also Miller (No. 1)). Furthermore, this absence of any express legal restrictions was fundamental to the decision of the Divisional Court that the matter was a political one and thus non-justiciable. As the Divisional Court noted, ‘there are no legal standards’ against which the Prime Minister’s decision can be judged by the Court (para. 51).

The absence of any express legal limits on prorogation was not a deterrent for the UK Supreme Court, however, which instead held that the power was essentially limited by the extent to which it interfered with fundamental constitutional principles, namely parliamentary sovereignty and parliamentary accountability. This is accordingly a common law restriction on the exercise of the prorogation power. In other words, it is the product of the judges rather than Parliament, the latter of which restricts powers using statute. As the Supreme Court noted (at para.38):

Since a prerogative power is not constituted by any document, determining its limits is less straightforward.  Nevertheless every prerogative power has its limits, and it is the function of the court to determine, when necessary, where they lie.  Since the power is recognised by the common law, and has to be compatible with common law principles, those principles may illuminate where its boundaries lie.  In particular, the boundaries of a prerogative power relating to the operation of Parliament are likely to be illuminated, and indeed determined, by the fundamental principles of our constitutional law.

This may create the appearance that the Supreme Court has extended its legal reach into the realm of politics, albeit not necessarily without good reason. Lord Sumption (now retired from the UK Supreme Court) said the following in response to the decision in The Times:

The present government has taken an axe to convention … The natural result of constitutional vandalism on this scale is that conventions have hardened into law.  That is the effect of the Supreme Court’s decision.  It is infinitely regrettable that it should have come to this, but better than leaving a void governed by neither convention nor law, in which the government can do whatever it likes.

It is not entirely clear from Lord Sumption’s comments to which conventions he is referring. As noted above, prorogation is governed by only one recognised convention, namely that the Queen should act on the advice of her ministers. No conventions exist governing the Prime Minister’s exercise of his de facto power to advise, a clear lacuna in the constitution’s political control of the executive. Despite this, it seems likely that Lord Sumption, by claiming that ‘Proroguing Parliament was a way of circumventing the political process’, is referring to the convention of ministerial responsibility, the political rule whereby the executive is under a duty to make itself accountable to Parliament.

Fundamental to the Supreme Court’s decision was the constitutional principle of parliamentary accountability, a notion which seems to mirror that of ministerial responsibility. As the Court noted (at para. 48):

[T]he longer Parliament stands prorogued, the greater the risk that responsible government may be replaced by unaccountable government: the antithesis of the democratic model.

Some may read this as the courts having to intervene in order to uphold the convention of ministerial responsibility, thus perhaps hardening convention into law as Lord Sumption appears to suggest. As the Court noted, ‘the effect of prorogation is to prevent the operation of ministerial accountability to Parliament during the period when Parliament stands prorogued’ (para.33).

Whilst acknowledging the appearance of this, Mark Elliott has rightly argued elsewhere against this interpretation of the decision.  As he notes:

Although Elliott is correct in saying that the convention of ministerial responsibility has not been replaced by law, it is argued that the significance of the Court’s recognition of the principle of parliamentary accountability reveals more about the nature of the UK Constitution than Elliott suggests. Rather, it is argued that a third reading advanced here should be preferred.

Holding government to account is clearly a function of Parliament by virtue, if nothing else, of the nature of Westminster systems and the dependency of the executive on the legislature. The convention of ministerial responsibility, however, is a specific duty on the government to make itself accountable to Parliament.  The Supreme Court’s decision, it is submitted, is best understood as referring to the former rather than the latter (see para. 50). The government may, therefore, be in breach of the convention of ministerial responsibility on the grounds that it avoided making itself accountable to Parliament by proroguing it. This could still be said to be the case even if the Court had held the prorogation to have been lawful. The effect of the Court’s decision, therefore, far from hardening convention into law, is to enable Parliament to exercise its function of holding the government politically to account for this breach of convention, something that it was otherwise prevented from doing due to prorogation.

Consequently, it is submitted that the Supreme Court’s decision should be seen as evidence of what I call ‘complementary constitutionalism’, where the courts, through the common law, have supported and reinforced Parliament’s ability to politically check government. Political accountability has thus been strengthened, rather than weakened, by the Court’s decision. Although this has necessitated the courts arguably extending their reach over the prerogative, this should in no way be seen as signalling a shift in the balance of power more towards the judges.

Firstly, as highlighted by the Supreme Court itself, the courts’ ability to check the exercise of executive powers has a long history. The decision, therefore, forms part of the continuity of the UK’s legal tradition rather than a break from it. Judicial review of prerogative powers has simply been extended to now include the power of prorogation, something that had traditionally been a political matter, in part due to the absence of any express legal limits as noted above. It is submitted, that the absence of any express legal limits does not, and should not, shield executive power from the supervisory jurisdiction of the court. Instead, the absence of any express limits rightly legitimises the courts, in performing its ordinary judicial function, to subject the exercise of prorogation to the requirements of legality as the Supreme Court did in this instance. The only circumstance whereby this might be prohibited, it is submitted, would be where the exercise of prorogation was regulated by constitutional convention rather than statute, as this would demarcate its exercise clearly as a matter for political rather than legal enforcement (see Miller (No. 1)). However, due to the absence, as noted above, of any conventions regulating the purpose and duration of any prorogation, there was nothing barring the courts from legitimately determining the matter. Even if there was, questions may nevertheless be raised over their legitimacy as a bar to judicial intervention on the basis that Parliament, being prorogued, is unable to enforce them.

Following the Supreme Court’s decision, the focus has now shifted from the legal arena to the political one, and it is up to Parliament to decide what happens next. One possible response, and one recommended here, would be for Parliament to enact legislation setting clearer legal limits on prorogation, including perhaps the requirement for any prorogation to be subject to approval by the House of Commons. This would, it is submitted, perhaps constitute an example of complementary constitutionalism coming full circle, with Parliament now strengthening legal accountability in the same way as the Supreme Court strengthened political accountability.

This post represents the views of the author and not those of the Brexit blog, nor  LSE. Image: University of Bristol (CC BY-SA 2.0)

Robert Brett Taylor is a Lecturer in Law at the University of Aberdeen. 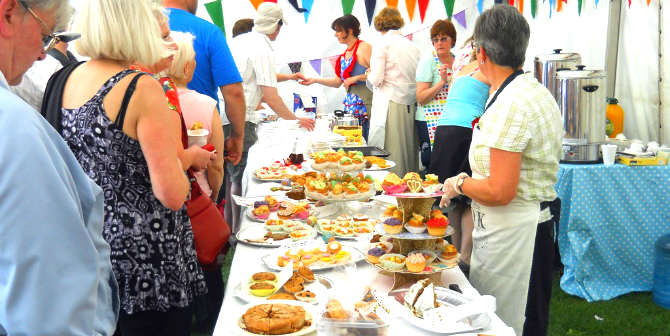 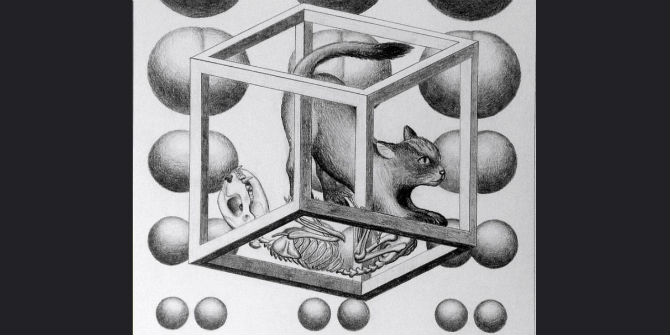 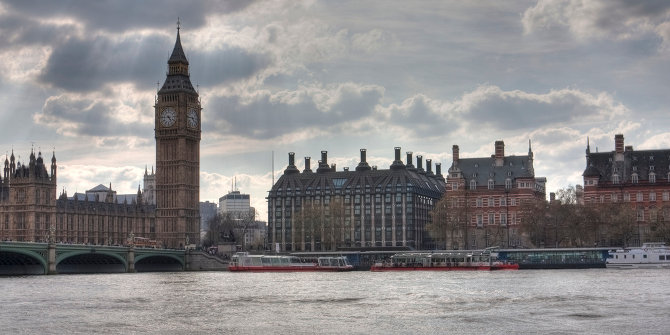