Since the 2008 financial crisis, European democracies have lurched decisively in a damaging direction. Democratic citizens have found themselves with less and less of a say in how their societies are being run, all while more and more severe measures have been enacted in their name, writes Benjamin Abrams (UCL SSEES).

There have been a number of different labels applied to this trajectory: a democratic ‘decline’, ‘downturn’, ‘retreat’, and so on. These are all worthy terms, but they ultimately lend something of a false sense of passivity to this process. Democracy is not merely in decline, it is being downgraded. Political office-holders are taking decisive steps to reconstitute their democracies as barebones, formal political systems rather than substantive political societies. The resulting states retain the formal skeleton of a democracy, but without the body politic.

When the political scientist Steve Heydemann (2007) sought to explain the peculiar persistence of authoritarian regimes in the 21st century, he noticed that successful authoritarians in the Middle East had engaged in a programme of “reconfiguring authoritarian governance to accommodate and manage changing political, economic, and social conditions,” and in so doing were able to “stabilise and preserve authoritarian rule in the context of ongoing demands for political change.” He called this process ‘Authoritarian Upgrading’. What I refer to as Democratic Downgrading is the inverse process: in which power-holders reconfigure democratic governance in order to curtail civil liberties, civic participation, and political rights by taking advantage of political, economic and social disarray.

The backdrop to this regressive transformation of European democracies is a period of triple crisis which struck European states and their electorates with quite decisive force. A financial crisis in 2008 was supplemented by a post-Arab Spring international security crisis in 2011 and a subsequent refugee crisis in 2012. The resulting sense of triple insecurity (economic, existential and cultural) was successfully leveraged by a litany of European power-holders to consolidate practices of heavy-handed governance in such uneven times: first, by conducting assaults on the substantive elements of democratic life; and second, by proclaiming as necessary the subsequent restructuring of democracy’s formal institutions.

The emergent financial vulnerability of civil society organisations after the 2008 financial crisis created a distinctive opportunity for elites to encircle and overrun such institutions. Newspapers were been bought out, bullied, or forcefully bankrupted, and individual journalists were persecuted into retirement or unemployment. Meanwhile, non-governmental organisations were denied access to international, independent funding and ultimately forced to close their doors. This trend has been most palpable in countries such as Hungary, Poland and Romania, but has also been seen in Lithuania and Czechia. Early echoes of this trend are also starting to take form in countries such as Bulgaria, Estonia, Latvia and Slovakia, with politicians and other elites attacking international NGOs and independent media organisations, damaging their perceived legitimacy in the eyes of the public.

In the wake of the 2011 Arab Spring and the subsequent upsurge of global radical protest and Syrian civil war, a growing sense of international regime insecurity laid the foundations for the stepping up of mass surveillance, censorship, and heavy-handed policing so as to exacerbate the already extensive state structures of social control instituted after the post-9/11 global terror scare. While police repression of protest has become common in plenty of the Eastern European countries discussed above, similar restrictions have also come into force in Western Europe. Indicative examples include bans on peaceful assembly, such as those recently placed on the UK’s Extinction Rebellion protest. More severe cases are exemplified by the de-facto continuation of France’s 2015-2017 State of Emergency by means of a raft of new bills in the subsequent years which sought to extend police powers and impose prohibitions on protest. Similar controls have been applied to Europe’s non-institutional public sphere: in countries such as Germany, France and the United Kingdom, left-wing websites have been shut down and individual citizens fined for making provocative or trouble-making statements online.

Other dimensions of European democracies’ substantive downgrades have been legitimated by a sense of cultural and ethnic insecurity cultivated by the anti-democrats among European political and government-affiliated elites. One such example is the litany of anti face-covering laws passed in the Netherlands, Austria, Bulgaria, Latvia and Spain which were legitimised with reference to Islamic veiling practices, but in fact applied to public protest and demonstrations. Other European countries have drawn on these ethno-cultural insecurities to exert dramatic control over educational institutions, such as the UK’s controversial ‘Prevent’ legislation, which has substantially raised the barriers for educators wishing to discuss subversive or radical texts in their classrooms, and placed an onus on them to report any students whose opinions or actions contravene a vague and ambivalent series of ‘British Values’.

By taking advantage of domestic instabilities such as those referred to above, those who have sought to damage substantive democracy in Europe have greatly bolstered the capacities of their fellow political elites. With every degradation of substantive democratic institutions and practices, it has become easier for power holders to pursue – unchecked – the radical reconfiguration of their countries’ formal democratic structures. Whether we turn our attention to the rampant gerrymandering of electoral boundaries, the rise of increasing executive overreach, constitutional reforms which hand greater power to politicians, new voting restrictions, or constraints placed on prospective candidates, it has become clear that the substantive downgrading of European democracies is allowing leaders to lay new material on European democracies’ bare bones: the cladding of authoritarianism on a democratic skeleton.

What hope is there for societies undergoing such democratic downgrades? When pro-democratic parties and institutions have dutifully refrained from acting until they encounter the formal opportunity presented by an election or referendum, they invariably lose a battle pitched on their opponents’ terms. By contrast, much more fruitful outcomes have arisen from the activities of grassroots organisations and civil society coalitions which have refused to adhere to the formality demanded by democratic downgraders. These more 20 promising efforts have often taken the form of social movements making representations to power holders, and democratic resistance movements reasserting citizens’ substantive rights or undermining leaders’ domestic agendas. From the anti-corruption movement in Romania to the ‘anti-coup’ protests in the United Kingdom and the anti ‘slave law’ protests in Hungary, the enduring lesson for European democrats is simple: substantive democracy requires substantive defence.

This article gives the views of the author, not the position of  LSE Brexit or the London School of Economics. “The future of European democracy” series is part of an on-going collaboration between the Visions of Europe project at the London School of Economics and the Europe’s Futures programme at the Institute of Human Sciences in Vienna. Image by Funk Dooby , Creative Commons Attribution-Share Alike 2.0 Generic license.

Benjamin Abrams (@bdmabrams) is a Leverhulme Early Career Fellow in the School of Slavonic and Eastern European Studies at University College London. He is Editor in Chief of Contention: The Multidisciplinary Journal of Social Protest. 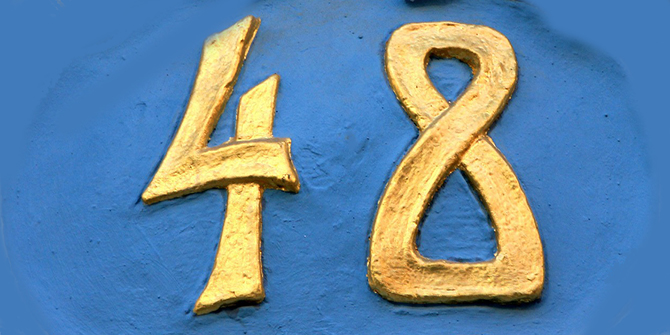 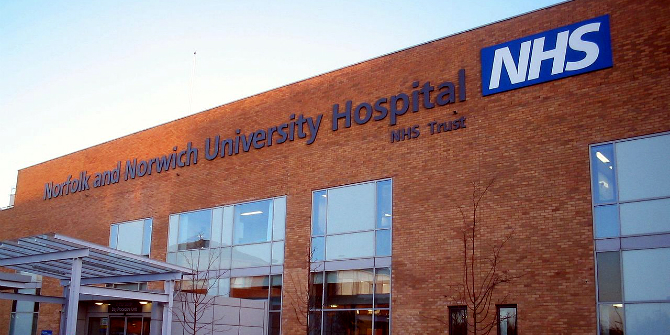