More than half of Leave voters distrust the opinions of economists, and men, older voters and the less educated are more likely to mistrust them. Nonetheless, more than half of all voters  say they want to find out more about the economic effects of leaving the EU. Alvin Birdi (University of Bristol), Ashley Lait (Economics Network) and Mark Cliffe (ING Group) warn that as the General Election approaches economists need to be extra careful to avoid accusations of political bias.

On the surface, it is encouraging that in the run up to an election which is bound to be dominated by Brexit, the ING-Economics Network Survey finds that there is a healthy interest in learning more about the economic effects of the UK leaving the EU. Over half of respondents expressed an interest in increasing their understanding of these effects. This desire is high across the sample but considerably higher among Remain voters (65%) than for Leave voters (49%). 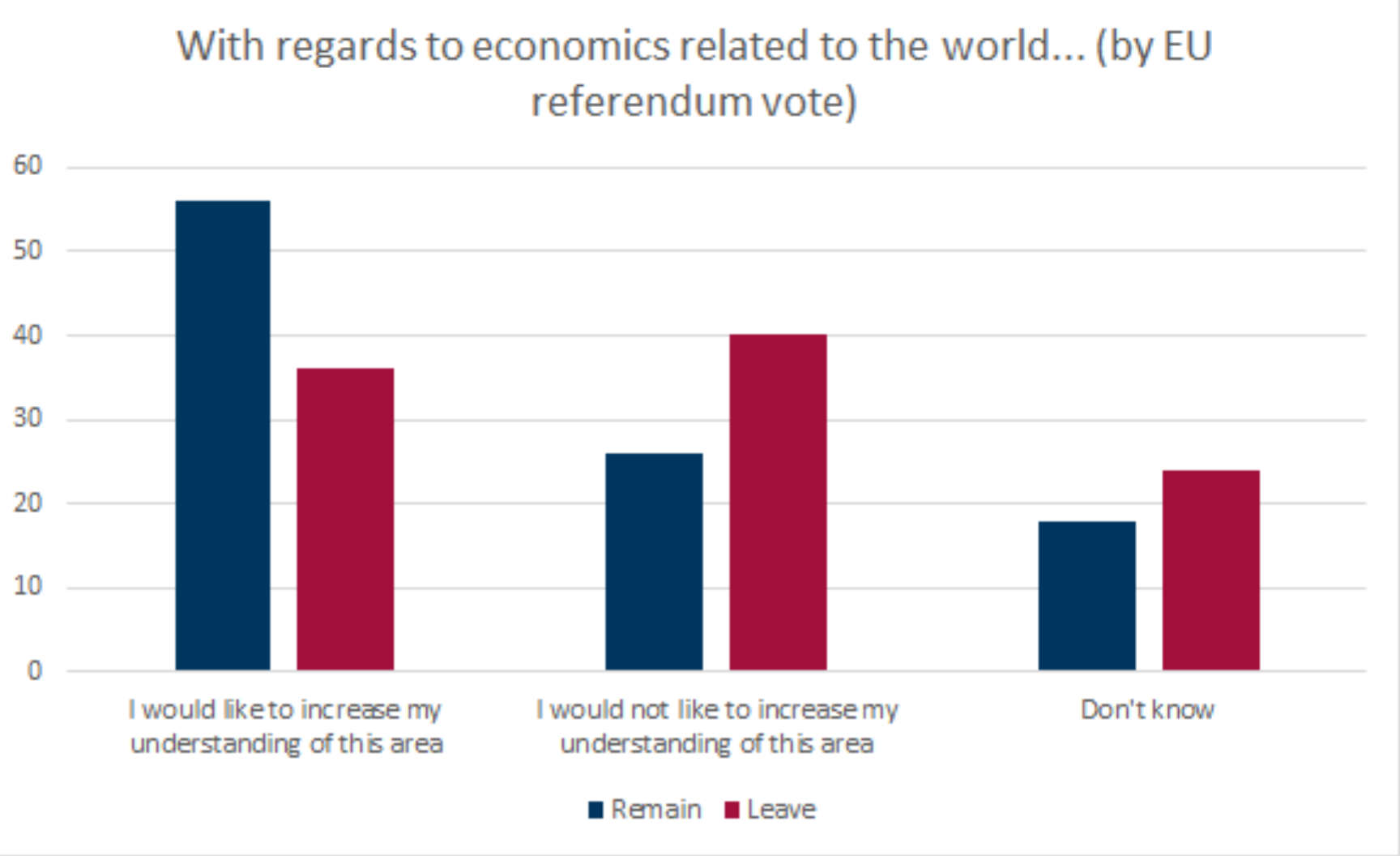 This desire to increase understanding is heartening, but it stems from a troubling lack of knowledge about the impact of Brexit. Indeed, 42% say they do not feel they have a grasp on the economic consequences of the UK leaving the EU, while just under half (49%) feel they did have a grasp of these issues. The lack of understanding seems to be worsening, with 40% of the survey reporting it is becoming harder over time to understand the economics relevant for informed voting in elections and referendums.

It should be said that a knowledgeable electorate is not the only marker of successful democratic participation and political agency. This is especially the case where any shortcomings in relevant knowledge can be rectified through informed and trusted expert opinion. But if trust in experts is lacking there is a risk of undermining this important democratic input.

Sadly, our survey shows a considerable lack of trust in professional economics opinion, particularly among Leave voters. Significantly higher numbers of Leave voters (51%) distrust the opinions of economists on the world economy compared with Remain voters (23%). Worse still, this scepticism has intensified since the EU referendum, even among Remain voters. 45% of Leave voters have become more sceptical, compared with 28% of Remain voters. Most of the rest express either no change in their scepticism or no opinion. 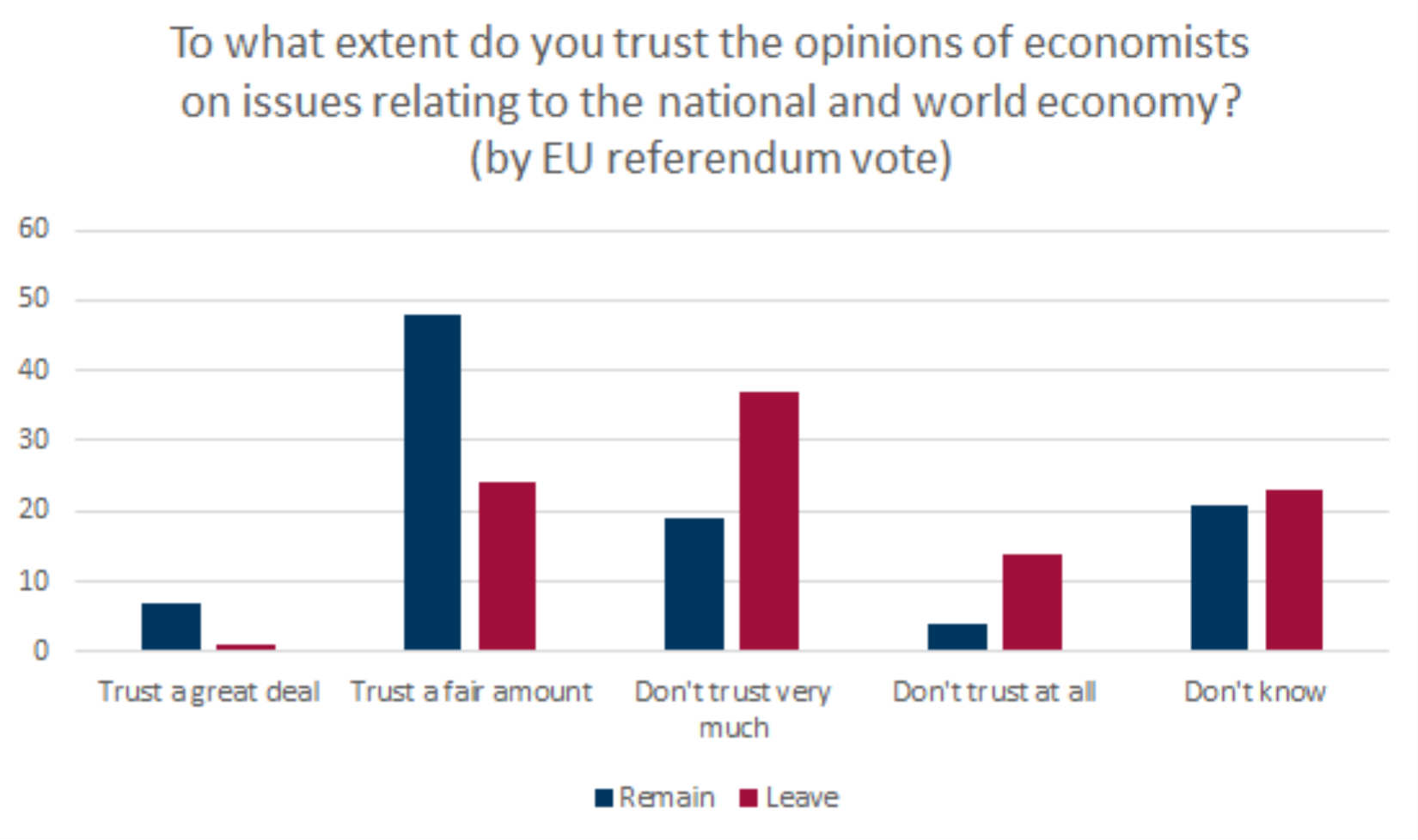 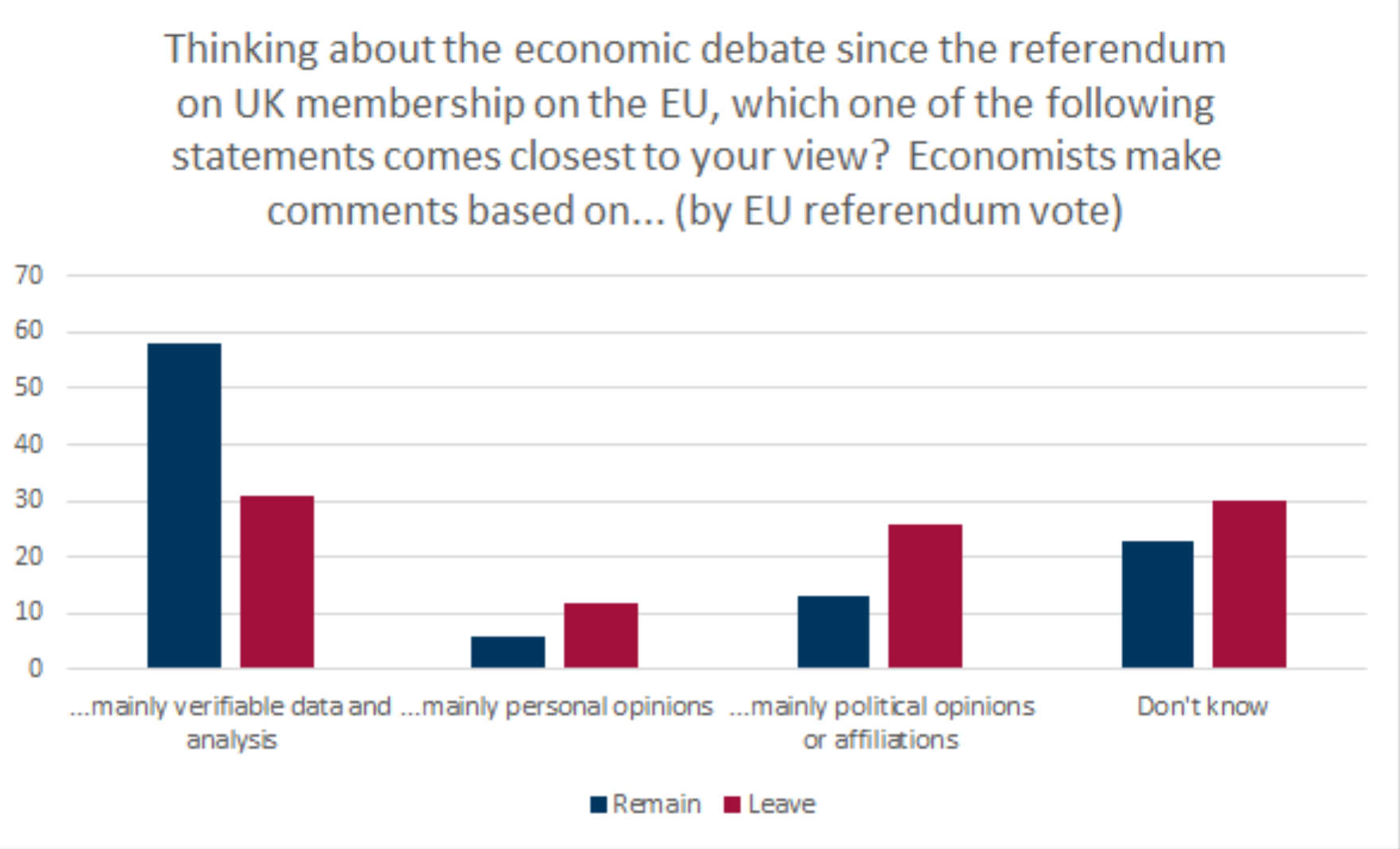 On the eve of an election, much of which will turn on economic issues, the mixture of a perceived lack of economic understanding, a desire to learn more economics and a distrust of those that can provide such understanding is a challenge for democratic participation. The fact that the lack of trust is skewed across political lines underscores both how divisive the EU referendum has been and how the consequences of that division present trust and communications challenges to economists. They need to be extra careful to avoid accusations of political bias in both the tone and substance of their analyses.

The ING-Economics 2019 Network Survey of The Public’s Understanding of Economics is based on an online poll of 1,641 respondents from across the country conducted by YouGov. A previous cohort was surveyed in 2017. The first of a series of reports from the survey concentrates on public understanding, trust in economists and differences between Leave and Remain voters.

Ashley Lait is Centre Manager of the Economics Network

'Hurricane Brexit' - or why economists should admit they can't always get it right March 2nd, 2017