Some commentators hoped that Boris Johnson, having secured a five-year mandate in the General Election, would embrace a softer Brexit than his rhetoric implied. They were mistaken. Johnson seeks power for power’s sake, writes Phil Syrpis (University of Bristol), and rejects scrutiny and constraint.

Last July, I argued that Boris Johnson’s aim was not to deliver Brexit by October 31, but rather ‘to establish a narrative to enable him to win a pre-Brexit general election’. Were he to win an overall majority ‘he would be able, in the new political context, to reconsider his Brexit options’. The argument was that his decision making then was motivated not so much by conviction (for example in relation to Brexit), but rather by the pursuit of power and the intoxicating possibilities of a five-year term in office.

In the intervening months he has confounded the predictions of many (myself included) by agreeing a new Withdrawal Agreement with the EU. But he did not make any serious attempt to pass the necessary domestic legislation through the last Parliament. Instead, he ‘reluctantly’ sought a General Election, and went on to win a comprehensive majority, and to pass the legislation. Brexit is done. He keeps reminding us of that. But the rather more significant task of building a new relationship with the EU and the wider world – on trade and beyond – remains.

Johnson now has a free hand to fashion that new relationship. The big decisions are his, and those of the advisors and Cabinet he has selected. Labour and the Liberal Democrats are unable to provide opposition worthy of the name. They are looking inwards, struggling to come to terms with the scale of their defeat. For now, Johnson enjoys huge support within his own party, though there are signs (witness the departure of Sajid Javid, and some rumblings from the ERG wing) that he might find it hard to maintain discipline.

In the aftermath of the general election, many commentators predicted that Johnson would soften his Brexit stance and seek to develop a ‘deep and special’ partnership with the EU. A range of factors seemed to lend credence to such a view. With Brexit done, and the referendum mandate (at least arguably) exhausted, would he not choose the least economically disruptive path, ensuring that he would have the ability to deliver on his pre-election spending promises? Does he not have to appeal to ‘red wall’ voters, and the new tranche of Conservative MPs who represent them in Parliament? Wasn’t he, and I’m not quite sure what people are reading into this one, rather more liberal than expected during his time as London mayor?

It now seems clear that he has no intention of softening his Brexit stance. His actions as Prime Minister can best be understood through the lens – again – of power.

He has sought, in a range of ways, to minimise Parliamentary scrutiny of his actions. He has plans for the judiciary, both in terms of its composition, and its ability to hold the government to account via judicial review. He attacks the BBC and the civil service. He treats the devolved governments with barely disguised contempt. Institutions which serve as ‘checks and balances’ against executive power are systematically undermined, because they might object to things he might want to do. It seems that we are dealing with a Prime Minister who is interested in power for power’s sake.

His impulse is to reject constraint. We see that in his repeated attempts to insist, in the face of the clear wording of the Withdrawal Agreement, that there will be no checks on goods crossing the Irish Sea (‘they’ can’t force ‘us’ to do what we don’t want to do). We see it also in the rejection of ‘level playing field’ conditions in any free trade agreement with the EU. He wants to be able to do things his way – and expects others to bow to his will. The simple fact that a deal with the EU will not be attainable, unless it is also perceived by the EU to be in the EU’s best interests, seems to escape him. As he knows, the EU is concerned about the integrity of its single market. It is not clear to me why it would accede to the UK’s request for its goods to have access to the EU markets, given the UK’s determination to have the freedom to diverge from EU standards, and its refusal to embrace institutional and governance arrangements to enforce any agreement (and here, of course, the refusal to abide by the commitments he has made in the Withdrawal Agreement sets a terrible precedent).

These trends are profoundly alarming. We have a Prime Minister who rejects scrutiny and constraint. He is showing himself to be reckless about the consequences of his actions, and uninterested in the people and business groups most affected by his policies. All the while, he is constructing a narrative that he is delivering ‘the will of the people’, standing up for ‘our’ interests in the face of the threats created by others. It appears to be working. He reacts opportunistically, seizing on missteps by the EU, immigrants, the BBC and the police to further his agenda. If his policies don’t work, he will ensure that failure is blamed not on him, but on ‘others’. Fringe ideas (for example in relation to eugenics and criminal justice reform) which seem calculated to deepen divisions between his base and his opponents, emerge with almost dizzying regularity. Some catch on, others do not – either way, the Overton window shifts. It is, as Fintan O’Toole reminds us, not an unfamiliar strategy.

For now, everything seems to be in his favour. The transition period, which ensures that EU law rights and obligations remain in place til the end of 2020, and which is insulating the UK from many of the effects of Brexit, is used as a pretext to pour scorn on ‘project fear’. But the transition period will soon end. And then we will begin to see how the policies which he has chosen, free from the strictures of the EU, perform. The early signs are not encouraging. He has to create new trade relationships with the EU and the wider world, a new migration policy, and much, much more – essentially, to find a productive use for the UK’s ‘newly rediscovered sovereignty’.

There is a temptation for the opposition to watch and wait for the Johnson project to implode. It may be that the opposition (and we need to think carefully about who that is, and how the various opposition voices can make common cause) is simply not capable of doing more. But it must. It must work to establish the connections between Johnson’s bad choices and the bad outcomes which those choices are creating. It must work to create a different narrative for the UK, in which the values of community, diversity, inclusivity and internationalism are celebrated. And it must work tirelessly to seek to change people’s minds, seeking to shift the focus to the things which unite us (rather than as Johnson does, to stoke division). 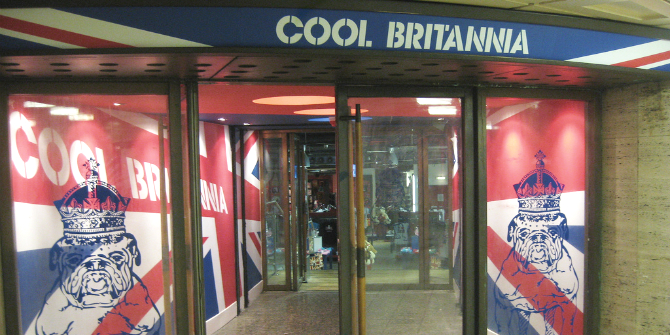 A not so awkward partner: the UK has been a champion of many causes in the EU