Across the world, there are big differences in the extent to which women are involved in the labour force compared with men. In 2005, for example, female labour force participation rates stood at 68% in the United States, 53% in Indonesia and less than 20% in Saudi Arabia. These differences have serious consequences: women enjoy substantial benefits when gainfully employed; and having more women in the labour force could have substantial growth implications. Understanding what influences different rates of female labour force participation is thus very important.

One potential explanation for the big differences is the presence of mineral resources (in particular oil) and the resulting economic structures that prevail in some countries. There are good reasons why the presence of a large oil sector might depress women’s labour market prospects. Labour markets often display some disparities by gender, with activities that involve sustained physical effort or risk (or are simply affected by gender prejudices) being heavily dominated by men.

Oil extraction is one such sector, employing considerably more men than women, and the same is true for many closely linked industries. As a result, growth in the oil sector may lead to greater demand and thus more jobs and higher wages available for men.

In addition, higher male wages might discourage female partners from entering the labour market as a couple can more easily ‘make do’ with just one salary. Indeed, previous empirical research has uncovered a significant negative correlation between oil production and female labour market involvement. But is this relationship causal – and what are the mechanisms at play?

To address these questions, we have analysed the effects of local oil booms in the Southwestern United States between 1900 and 1940, using data collected by our CEP colleague Guy Michaels (2011). During this time, large oilfields were discovered in many counties in Texas, Louisiana, Oklahoma and adjacent states. 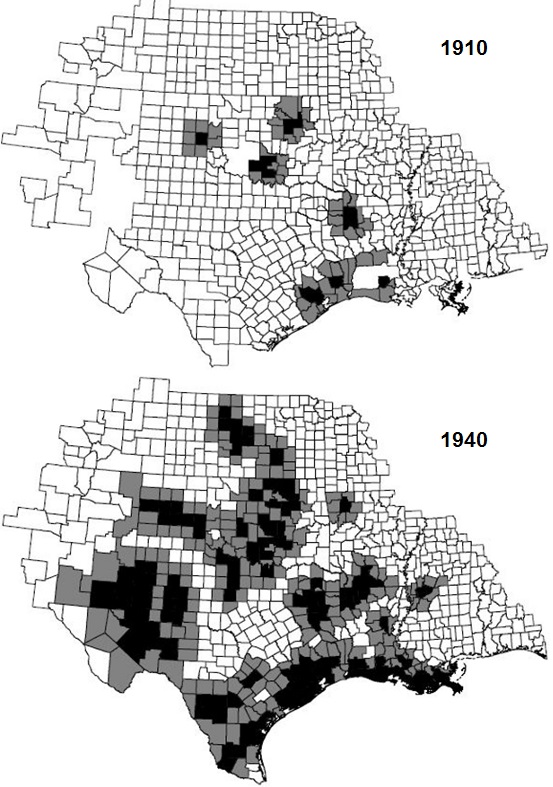 To estimate the effect of the resulting local oil booms on women’s labour market outcomes, we compare their evolution in counties with major oil deposits before and after these deposits were discovered with what happened in counties without oilfields. This ‘differences in differences’ strategy allows us to identify cleanly the effect of oil discoveries on our variables of interest. By focusing only on counties from one US region, we have the additional advantage of only comparing geographical units with similar legal frameworks and institutions, removing further sources of bias.

Perhaps surprisingly, we find no evidence of a negative effect of oil per se on women’s labour market prospects. Neither the female labour force participation rate nor the female employment rate change significantly in a county after the discovery of oil, and the same is true for the average numbers of hours that women work. What might explain this absence of an effect in spite of a boom in a male-biased industry? Our study finds two potential mechanisms.

First, the local boom that follows an oil discovery does not stop with oil extraction. The whole county starts to develop: as more workers are attracted, the population grows, becomes younger on average and increasingly moves to urban areas and out of agriculture. The oil industry supplies cheap oil and demands goods and services, which leads to growth in the manufacturing and service sectors.

The growth of services seems to be particularly consequential in this case, as the sector turns out to be an important employer of women. Thus, as men move from agriculture to work in oilfields and factories, women do not exit the labour force, but instead increasingly flock to newly created service jobs.

In fact, we find that the importance of the service sector for female workers grows by nearly as much as the importance of the oil sector grows for male workers. Thus, the initial growth induced by oil discoveries leads to further demand-side changes that are, if anything, female-biased and balance out, at least in part, the initial male-biased labour demand shock. The second mechanism is that some of the absence of a labour force participation effect might be explained by wage adjustments. While women do not lose ground in terms of labour force participation, we do find that the gender pay gap widens substantially in oil-rich counties. Average wages for both men and women increase, but much more for the former. So while oil does not crowd women out of the labour market, it does seem to have a negative impact on their position in the earnings distribution.

Overall, our study shows that oil abundance by itself is unlikely to be an explanation for the big cross country differences in female labour force participation. Even if the initial shock brought about by mineral resource discoveries is male-biased, if other sectors expand as a reaction to oil booms, women might not be driven out of the labour market at all. The presence of sectors that indirectly benefit from oil discoveries and are open to women is thus a crucial determinant of whether the initial male-biased shock associated with an oil boom actually ends up hurting women’s job prospects. But as our findings on wages show, this does not guarantee that women’s relative position in the labour market will be left unchanged in the wake of major oil discoveries.

This article was first published at Centrepiece, the magazine of LSE’s Centre for Economic Performance (CEP) and summarises ‘Fueling the Gender Gap? Oil and Women’s Labor and Marriage Market Outcomes’ by Stephan Maurer and Andrei Potlogea, CEP Discussion Paper No. 1280. It was also published in LSE USAPP – American Politics and Policy blog.

Stephan Maurer is a PhD student at the LSE and joined the CEP in 2013 as a member of the Productivity and Innovation Programme. His research interests include labour economics, urban and regional economics, and economic history.

Andrei Potlogea is a PhD student in Economics at the Universitat Pompeu Fabra in Barcelona, Spain. His research focuses on topics in economic geography, urban economics and international trade. 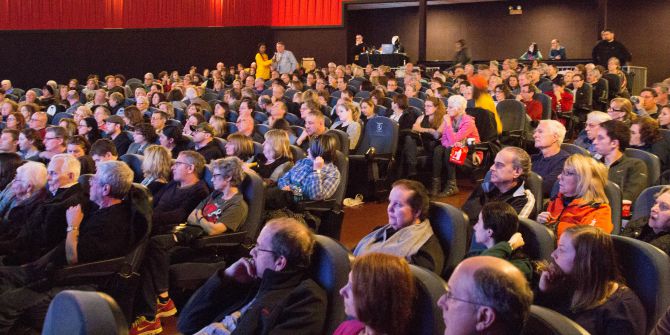