In 1973, when bright and ambitious Stanford University grads were laying the paving stones for Silicon Valley, Britain joined the European Economic Community, the precursor to today’s European Union. Back then, few if any investors or entrepreneurs had their eyes on Europe. The bright California sun was too dazzling, plentiful venture capital too exciting. Meanwhile Britain, the ‘sick man of Europe,’ weighed down by industrial strife and a stagnant economy, seemed an esoteric investment opportunity.

Fast forward forty years and Europe’s start-up sector is a dazzling light, burning around the world. Europe has founded 41 billion-dollar companies since the turn of the century, a quarter of which have come from the UK. And the UK’s pipeline is getting hotter and hotter – in the past year over 320 UK start-ups raised early-stage funding and over 80 raised a Series A, the first significant round of venture capital financing.

Most importantly, British inventions are fuelling some of man’s noblest achievements, such as the isolation of graphene at the University of Manchester — the world’s thinnest material, set to revolutionise almost every part of everyday life; or the European Space Agency’s Philae, the first comet lander. UK tech has literarily helped us reach for the stars, and is making the unknown known.

For decades Britain benefitted from the incubation effect of the single market. There are no borders online and technology companies in particular would like governments to work towards greater integration rather than building higher walls. The free movement of talent and the creation of a frictionless market in Europe were both essential catalysts of Britain’s start-up success. There is no question that those working in and around this industry were profoundly saddened by Britain’s decision to leave the European Union.

But they are not nostalgic. Unlike many other sectors, start-ups — particularly in technology — have the ability to weather the harshest storm. Most investors look for a great team pursuing a big market with an inspired product vision rather than watching stock market fluctuations. This resilience is both a blessing and a curse. A blessing in that it will help the sector survive the challenges ahead, a curse because it all too often leads start-ups and entrepreneurs to believe they are impervious to political and economic shock.

It is disgraceful that so much time and energy must yet again be spent dealing with regulatory and political risk. But, unfortunately, that is the position we now find ourselves in. The time to sit on the fence, let ‘business do business’ is over. The industry must now be muscular in asserting its values and priorities ensuring that our greatest achievements lie ahead and not behind us.

Six principles should guide the sector in the months ahead:

First, we must continue to allow European talent to enter the market. If the country does not join the European Economic Area (EEA) – the preferential option at this stage – many have floated the possibility of an ‘Australian style immigration system’, where immigration is capped and based on a pre-existing job within the host country. This system expects workers to already have a job lined up on entry to the country, which is severely limiting for the start-up sector. Jobs in this industry are typically informal and fluid. It is also imperative that the start-up talent pool is not limited to the technologically savvy classes, rather than through a crude test of job matching..

Second, UK businesses must be able to access the European Digital Single Market (EDSM) without extra regulatory checks. The breakdown in cumbersome regulation and differing national regimes is a powerful vision, which recognises that the digital sector has evolved far beyond national borders. Access to this market should include the ability for start-ups: to register a website without physical address, form a company within 24 hours, pay VAT on e-commerce within the EU and not need a national identity requirement when establishing a business.

Third, the Government must commit to maintain (even increase) investments currently made by the EU. The European Union has been one of the greatest investors and advocates for Britain’s scientific and research communities. In the start-up space, the European Investment Fund (EIF) committed $2.5 billion to 144 U.K. based venture firms between 2011 and 2015, around 37 per cent of all venture funding raised in that period.

Fourth, Europeans who have started companies in the UK, along with all Europeans currently based in the UK, must be guaranteed full and unambiguous citizenship with immediate effect. This should be comprehensive, absolute and non-negotiable. The tech community must be ready to withdraw significant investment should it not be met.

Fifth, we must ensure that it does not become harder and costlier for tech companies to protect intellectual property rights outside the UK. Ensuring that start-ups are confident that they can use the UK as a hub to scale up into Europe is essential. Disparate IP regimes will make this a much harder pitch.

Finally and symbolically, we must continue with our investments into manned and unmanned space exploration.

Although the European Space Agency is separate from the EU, many of its programmes are closely linked to EU cooperation. This includes The Copernicus project, a series of observation missions revealing extraordinary truths about our planet. If an ESA programme is funded by the EU, or partly funded, any contracts for that part can only be granted to companies from an EU country. Our government must match these lost contracts. Whilst funding space exploration may appear low priority for UK startups, it is critical if we are to continue as an exploring and pioneering nation with our eyes fixed on the horizon.

There are many reasons to be bullish. This year alone digital tech businesses have grown 32 per cent faster than the rest of the UK economy. There are 1.56 million jobs in the digital tech economy. The industry has strong government representation by way of Coadec, TechCity and TechUK, Sharing Economy UK and others.

But startups must be more assertive. Doers and creators must stand up and have their vision for the country heard. The time for allowing others — whose sight is fixed on the ground, for whom parochialism and tradition are the highest human goals — to dictate our future is over. 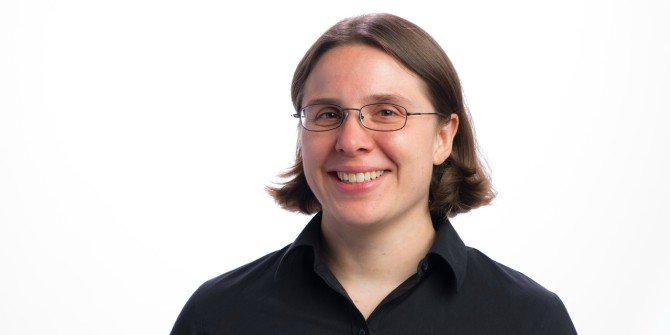 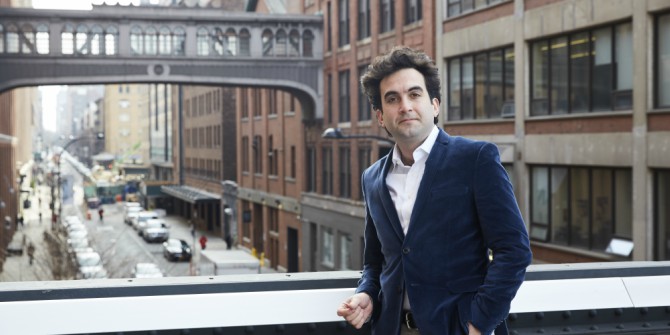