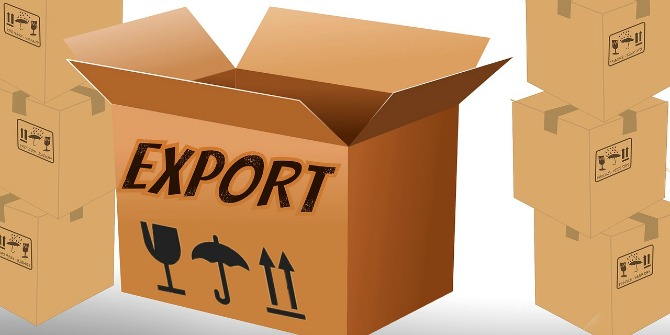 Cardboard box, by bykst, under a CC0 licence

Since 2011, the eBay Public Policy Lab and a team of economists at Sidley Austin LLP have together studied the exporting practices of firms using the online commerce platform. We have uncovered a fundamental transformation within global trade. Global trade has expanded beyond container shipments of one large company’s wares along predetermined trade corridors. Today it also includes commerce by very small Internet-enabled enterprises connecting directly with customers in almost every country of the world.

Our most recent study looks at the ability of small online commercial enterprises to adapt to macroeconomic changes. The analysis is based on the European Commission’s study of how companies of different sizes attempted to rebalance their export destinations in response to decrease in demand within the EU due to the recent economic and financial crisis. Our findings confirm what we have previously discovered; namely, that the online commerce platform empowers the very smallest of businesses to perform like large companies despite them lacking comparable in-house experience, expertise and resources. They become just as equipped as large firms to navigate the macro-economy and take advantage of changes.

The key macro-economic driver of growth for the EU during the recent economic and financial crisis was demand from outside the EU. During the period 2008 to 2013, domestic demand dropped by about 4 per cent across EU28 while extra-EU demand rose by about 7 per cent.

The chart below shows European firms’ ability to respond to this change in demand. Among the different firm size classes, large firms were most effective in shifting to extra-EU exports: the share of extra-EU exports in total exports by large European firms increased by about 26 per cent for the period 2009 to 2013. MSMEs (micro, small and medium enterprises) did not, to the same extent as large firms, adapt their operations to the macro-economic changes. Small enterprises saw the largest increase (14 per cent), followed by medium-sized enterprises (13 per cent) but still well below the increase of 26 per cent by large firms. 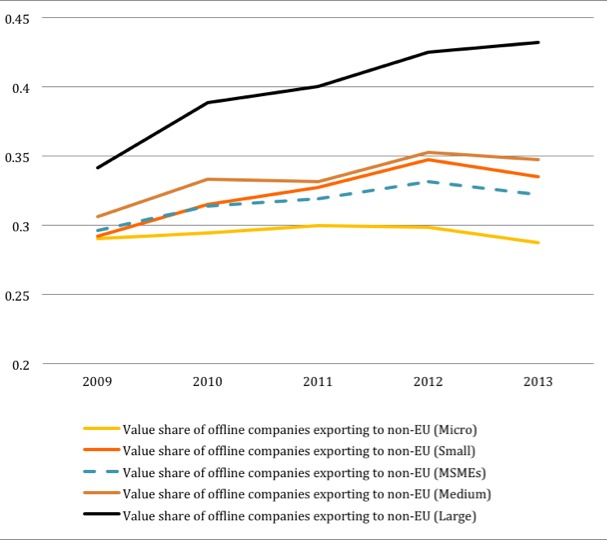 Source: Eurostat. The chart shows how the value share of extra-EU exports out of total exports changes for traditional firms in all company size classes over the period 2009 to 2013.

Overall, this suggests that European MSMEs were, in general, less able than large firms to take advantage of changes in the macro-economy. This relative inability of traditional small businesses to use export flexibility to adapt to changed circumstances seems particularly pronounced for micro enterprises, which only increased their share of extra-EU exports by 6 per cent.

We have replicated this analysis for “Commercial Sellers” in the EU. These are firms with at least US$ 10,000 in annual sales on the eBay platform; what’s more, they are predominately micro enterprises.

The charts below present the results. eBay Commercial Sellers showed the strongest rebalancing of export destinations, increasing their value share of extra-EU destinations by 52 per cent.

Figure 2. Percentage Change in Share of Exports to Extra-EU Destinations 2009 to 2013

Source: Eurostat and eBay. We have calculated the percentage change, from 2009 to 2013, in the value share of exports going to extra-EU destinations. For example, eBay based firms saw their share of extra-EU exports in total exports go from 23% in 2009 to 35% in 2013.

The performance by eBay Commercial Sellers replicates, even exceeds, that of large traditional firms. Arguably, the smallest online enterprises proved to be just as responsive, or more, to macro-economic change as large firms despite difference in resources, experience and expertise. 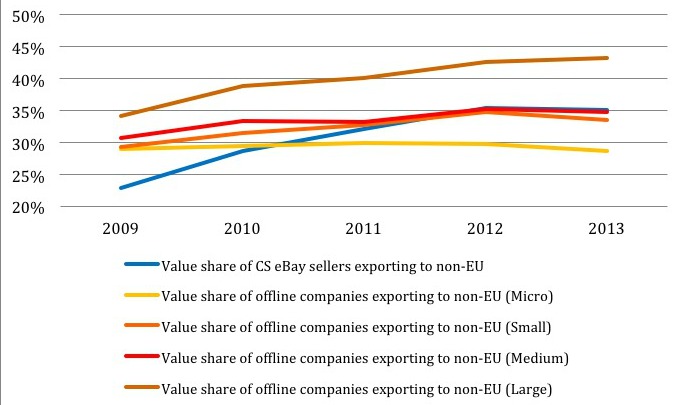 Source: Eurostat and eBay. The chart shows how the value share of extra-EU exports out of total exports changes for traditional firms in all company size classes and eBay Commercial Sellers over the period 2009 to 2013. 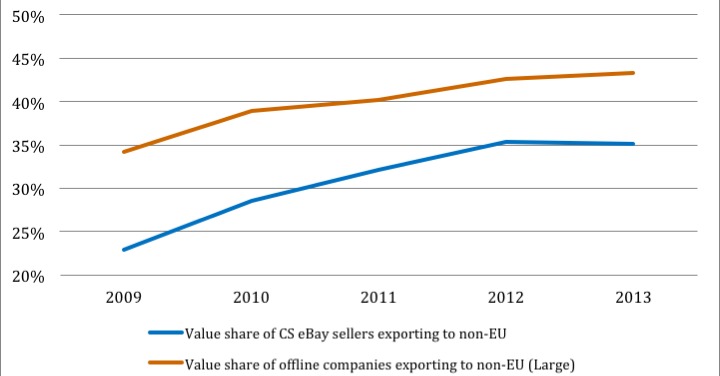 Source: Eurostat and eBay. The chart compares the change in value share of extra-EU exports in total exports for large traditional firms and eBay Commercial Sellers.

Platform-based exporting offers a complementary path to internationalisation, particularly suitable for micro and small enterprises. This is important as the traditional models of world trade have not worked for MSMEs.

Our research – presented in numerous reports over the last five years – suggests that platform-based exporting offers a workable solution to address low MSME export participation and overcome dependency on a few export destinations. Encouraging this type of independent internationalisation by MSMEs will also go to broadening the economic base of a country as most countries’ enterprise population is dominated by MSMEs.

There are a number of policy and regulatory barriers making trade more cumbersome for MSMEs. But there are also hurdles to making the very leap into exporting. Companies may be deterred from entering into exports because they perceive certain issues as problematic and/or they may overlook the opportunity. A 2015 Eurobarometer survey found that 74 per cent of MSMEs currently not exporting said they “will probably never export”; as few as 9 per cent said they were “considering it for the future”.

We propose that a program for close liaison between a city, town or region; its businesses; and an online commerce platform can make a successful foundation for export support and promotion. An example is the successful pilot project carried out between eBay and Mönchengladbach’s private sector development authority to help local merchants sell online. A welcomed side effect, the majority of the participating merchants started (platform-based) exporting and reached a total of 84 countries only during the nine-month pilot.

This type of structure introduces the workings of an online commerce platform to a group of merchants, thereby creating social ties between the participants; it connects them with similar businesses that are already engaging in platform-based exporting; and it effectively provides a network for sharing of knowledge about export opportunities and practicalities. We envisage that this three-legged structure would also be able to accurately identify external trading barriers.

Hanne Melin is Director of Global Public Policy at eBay’s Public Policy Lab for the EMEA region. The Lab explores issues that sit at the nexus of technology and commerce. Hanne is a member of the European Commission’s Strategic Policy Forum on Digital Entrepreneurship, and represents eBay in the Private Sector Consultative Group of the World Customs Organization. Before joining eBay, Hanne was an associate at the law firm Sidley Austin LLP based in Brussels, practising competition law for five years.  Hanne holds a Master’s in International Business Law from King’s College London, is a guest lecturer at the law faculty of Lund University (Sweden), and a frequent speaker and writer on the topic of how the internet and technology transform trade. 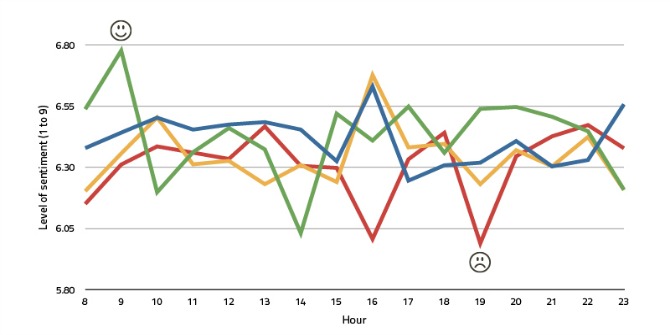 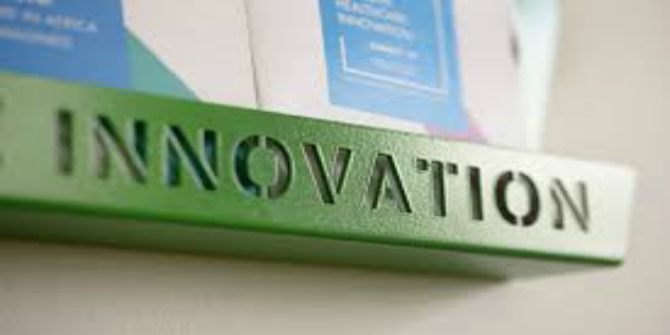 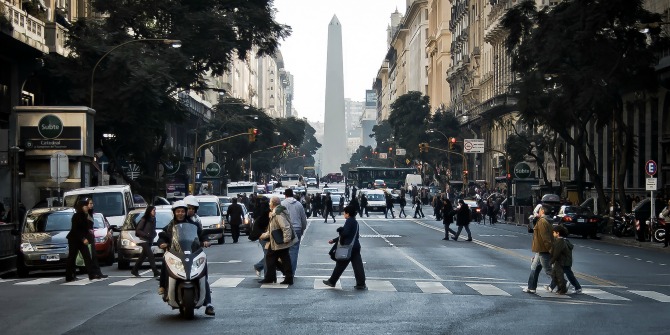