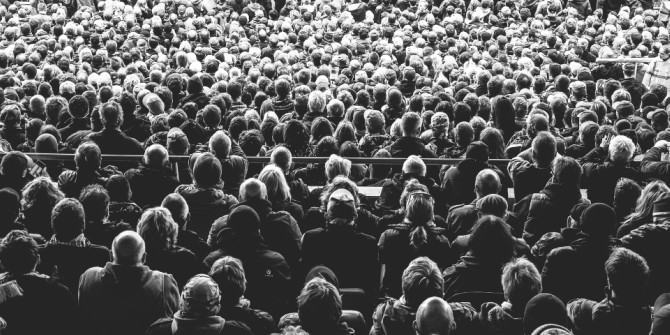 The LSE Growth Commission sets out a new blueprint for inclusive and sustainable growth that deals with the challenges facing the UK, old and new.

Based on the latest research, analysis and evidence from leading practitioners and scholars, the Commission – drawn from leading business, policy-making and academic figures – outlines the top priorities in four key areas.

In a world of rapidly changing technologies and labour markets, it is essential to develop systems of lifelong learning to promote greater security and adaptability for workers. It is crucial to help individuals and firms invest in skills through improvements in the education and training system, and the ability to finance it.

Yet Britain’s tax system and labour laws are biased in favour of self-employment and investing in buildings and machines, rather than people. Tax reforms for the self-employed and a skills and training tax credit system are recommended to support companies’ investment in people and to create opportunities for people to invest in themselves. Boosting skills and wages in this way is key to supporting inclusive growth.

The UK needs an industrial strategy – the government is right to focus here – but there are gaps between this vital area and monetary, fiscal and competition policy. Industrial strategy decisions should be based on a new British State Aid law, clear operational rules and competitive tendering, independent oversight, and statutory publication of the analysis supporting decisions.

The new industrial strategy should include an overarching plan on infrastructure, innovation and tackling shortages at all skill levels – including a focus on particular lagging groups and places. It is especially important to remedy basic skills deficiencies and to recognise the potential growth benefits from achieving gender parity in the workforce.

The UK must continue to engage strongly in international institutions for trade, investment, aid and public goods. Immigration policy and practice must ensure that the UK’s skills shortages do not intensify.

The UK is a world-leading financial centre – yet despite its strength there is a shortage of competition. The UK should launch a set of financial reforms based on promoting access, competition and long-termism in finance.

Reforms should focus on access to finance for businesses and innovation, including flexible regulation of challenger banks, increased support for the fintech sector, reform of equity markets, a boosted role for the British Business Bank and a new infrastructure bank.

The LSE Growth Commission began work on its second Report UK Growth: A New Chapter, in September 2016. It was set up in 2013 to provide authoritative and evidence-based policy recommendations that target sustainable and inclusive long-term growth in the UK. Some of its first set of recommendations in 2013, notably on infrastructure, were turned into concrete action by UK policy-makers.

A team of researchers at LSE’s Centre for Economic Performance (CEP) using the latest data and techniques available and led by Richard Davies, assisted the 12 Commissioners by assembling the evidence and analysis informing the report and the evidence sessions. The Commission was launched at LSE with a panel debate with Stephanie Flanders, Vince Cable, Alistair Darling and George Osborne.