Brits and Czechs are willing to pay to meet global climate targets, but only using the 'polluter pays' principle, write Milan Ščasný and Iva Zvěřinová 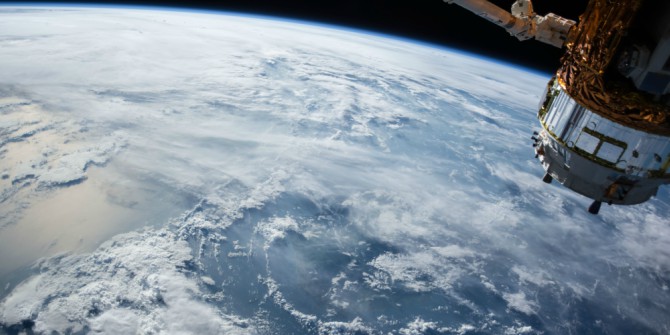 The general public is more likely to accept new climate policies if the ‘polluter pays’ principle is implemented and if assurances are given that convince them that the policies will be implemented both domestically and internationally. Our study examines the public acceptability of various climate mitigation policies in three countries (the UK, the Czech Republic and Poland) based on a survey of nationally representative samples of the population aged 18 to 69 years, conducted in autumn 2015.

Respondents were asked to choose from various climate policy strategies, which differed in terms of the EU emission reduction target they would meet, and in how they would distribute the costs among the citizens of each country and among the EU countries.

While most people are generally in favour of reducing greenhouse gas emissions (65 per cent of Czechs, 58 per cent of British and 55 per cent of Poles support the EU’s 40 per cent reduction target), the researchers set out to discover whether this remained the case if the monthly costs to their households were to increase due to the implementation of new policy measures. They found that most Czechs and British remained in favour, under certain conditions.

On average, British households would be willing to pay almost €145 a month and Czech households €62, for a policy whose costs are distributed according to the actual emissions released by citizens and countries – this is what is known as the ‘polluter pays principle’.

By contrast, UK households are willing to pay only €60 a month on average and Czech households €17 for a policy with even distribution of costs, proportionally linked to the number of people in the household or country. Notably, the Poles are on average unwilling to contribute financially to the implementation of either of the higher emission reduction policies.

The study identifies at least three groups among the respondents: those ‘against’ such policies, the more ‘modest’, and ‘green’ supporters. While respondents who are ‘against’ are not willing anything for stringent emission reductions, the ‘modest’ respondents are willing to pay modest amounts and the ‘greens’ are willing to pay considerably large amounts. Respondents who are ‘against’ both higher emission reduction policies form the dominant group in Poland (45 per cent), but 25 per cent are ‘green’ supporters. Overall, 55 per cent of Poles are willing to bear some costs of climate policies. In comparison to Poland, there were 44 per cent ‘greens’ and 18 per cent ‘modest’ supporters in the UK.

The polluter pays principle is strongly preferred by ‘greens’ in all three countries. The ‘modest’ group in the UK and in the Czech Republic shared preferences for cost distribution with the ‘greens’. The ‘against’ groups in Poland and the UK, however, were found to be indifferent with respect to the cost allocation rules, as they do not like the mitigation policy at all. The Czechs who were ‘against’ still prefer the allocation rule, which distributes the costs progressively based on personal income or the distribution directly based on GHG emissions. Less educated respondents were more likely to be ‘against’ the policy in each country, although the effect of education was not consistent across various levels of education.

The results of the study suggest that in order to increase public acceptability of policies designed to achieve the EU’s emission reduction targets, the polluter pays principle should be implemented in all three surveyed countries. Special attention should be paid to the way such climate change policies are presented to the Polish public and to those who are ‘against’ emissions reduction policies.

Milan Ščasný is a Senior Research Fellow and Head of Environmental Economics and Sociology Unit at Charles University Environment Centre, in Prague. He obtained his PhD in economic theory at Charles University. His research has focused on consumer behaviour and household demand analysis, the distributional aspects of environmental regulation, valuation of non-market goods, particularly of health risks, the external costs assessment, and energy and economic impact assessment. Since 2002, he has been involved in more than twenty research projects funded by the European Union Framework Programmes for Research and Innovation, and collaborated with the OECD on residential energy efficiency analysis (EPIC). Milan is also a Deputy Project Coordinator of two EC Marie Skłodowska-Curie actions projects (ECOCEP & GEMCLIME) on economic modelling of climate and energy. He has been a regular member of evaluation committees since the European Union FP6 Programme. He conducts regular courses on Environmental Economics and Consumer Behaviour at Charles University, Institute of Economic Studies, and Energy and Environmental Economics at CERGE-EI.

Iva Zvěřinová is a Research Fellow at Charles University Environment Centre and a PhD candidate in sociology at Charles University, Prague. She conducts socio-economic research on the acceptability of climate change mitigation policies, adaptation measures, and health benefit valuation. Her research focuses on factors influencing environmentally significant behaviour, such as energy use in households, consumption of organics, or e-mobility. She was involved in several research projects funded by the European Union Framework Programmes for Research and Innovation (PURGE, CECILIA2050, ECONADAPT, INHERIT, DEFINE). She conducts regular courses on Environmental Sociology & Environmental Risks at Charles University’s Department of Sociology.