Gig economy: Disruption can bring benefits for workers and consumers

We should be wary of the narrative that flexible jobs are predominantly low wage and low quality, writes Seamus Nevin

Gig economy: Disruption can bring benefits for workers and consumers 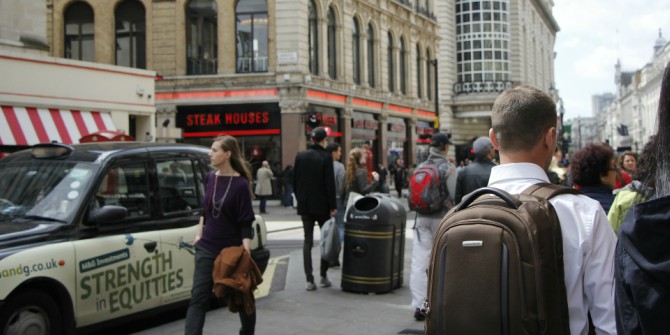 The world of work is being transformed, driven by rapid developments in technology, globalisation, and demographic change. Now, the concept of ‘employment’ itself seems to be increasingly past its sell-by date. A proliferation of new, online platforms has made access to paid work easier and more efficient than ever before by instantaneously connecting people who have work they need to be done with others willing to do the task.

The ‘gig’ economy has made it easy for workers to control when, where and how much they choose to work. In addition, the flexible nature of gig work offers benefits to employers, as they only pay when work is done, and don’t incur staff costs when customer demand is not there. These disruptive changes offer the potential to boost growth and deliver more opportunities for both workers and consumers. However, they also have the potential to increase insecurity at work for some.

Figures from the Labour Force Survey (LFS) and the ONS suggest that easier routes into self-employment have led to rising participation in the labour force for those who have historically struggled to get into work; notably single parents, disabled individuals, and the long-term unemployed. Over half the part-time self-employed workforce is female and the number of women in self-employment has grown at around twice the rate as men over recent years.

Older people, too, are increasingly choosing self-employment. Around one in three of those who work in their late 60s are going it alone, a figure that rises to almost half for the growing number of people working past the age of 70. Self-employment is also becoming a more important source of work for young people, the number of under-25s going into conventional employment instead of self-employment has actually fallen since 2000. Political parties of all persuasions have supported this trend.

We should also be wary of the narrative that these jobs are predominantly of the low-wage, low-quality caricature; a picture often painted by their detractors. According to the Resolution Foundation, a left-leaning think tank, the gig jobs that have seen the highest rate of growth over the last decade are in typically high wage sectors, including a 90 per cent increase in public administration positions, a 60 per cent increase in banking jobs, and a 100 per cent increase in advertising roles. Meanwhile, growth of self-employment in the taxi profession – one of the most widely scrutinised types of gig work – has been a relatively low 7 per cent.

Nevertheless, of the nearly 3 million people who have found a new job since 2008, around 45 per cent have been classed as self-employed such that one in seven workers in the UK is now working for his/her-self. Consequently, HM Revenue and Customs are becoming increasingly concerned about the growing impact on the public finances, because self-employment is taxed at a lower rate than traditional employment. The Office for Budget Responsibility (OBR) has estimated that, on current trends, by 2020-21 the increase in self-employment will have cost the Treasury £3.5 billion. At a time of ongoing national belt-tightening, this growing hole in the tax take is becoming increasingly hard for politicians to ignore.

The rise of self-employment, together with the public profile of new companies in the gig economy, has focused debate about whether employment regulations and practices are keeping pace with the changing world of work. While relatively new gig economy firms have been the focus of much recent public and media attention, gig type work itself is nothing new. Internet-based platforms have simply altered the manner in which some people source gig work. Indeed, the majority of the increase in self-employment since 2008 has actually been in historically conventional types of work including administrative and support service activities; information and communication; and health and social work. As such, the challenges thrown up at the boundary between self-employment and employment are not new.

While much of the focus has been on the use of online technologies, the trend towards increased levels of self-employment is what really matters. Viewed in this context, new platforms and innovative new business practices have the ability to expand routes into work and provide a lifeline to those that find themselves displaced in a shifting economic environment.

This arbitrage highlights the other challenge that arises from the murky divide between the established definitions of employment and self-employment: individuals, who may have many of the characteristics of being employed, nevertheless lack the rights and protections of employed workers. We must recognise that self-employment is not without its perils and pitfalls. Statutory sick pay, statutory maternity pay, training support and employer pension contributions are some of the occupational benefits individuals forgo when they become technically self-employed. The self-employment landscape in the UK is in clear need of simplification and clarity.

Evidence suggests that a lack of clarity and certainty is resulting in confusion for both businesses and workers. The Government’s own Dean Review found evidence that a lack of clarity is resulting in confusion for both businesses and workers. Indeed, data from HMRC suggests that more than 5.5 million people report income from self-employment; but that almost 1.8 million of those people also report income from employment. In other words, approximately one-third of people who believe themselves to be self-employed are actually, or also, in contracted employment. A consequence is that, in certain circumstances, firms can be reluctant to do more to help self-employed individuals understand their rights and entitlements because doing so risks their relationship appearing like an employer-employee relationship should they be subject to an employment status challenge in court.

There is a strong case for improving people’s understanding of their employment status, as well as the rights, responsibilities and trade-offs that come with working in different types of employment. Improving the rights and protections of vulnerable workers in a sustainable way without damaging the availability of work opportunities or economic growth is a difficult but important objective.