When the referrer is a higher-up, employees are likely to find it unethical to hire the job candidate, write Rellie Derfler-Rozin, Bradford Baker and Francesca Gino 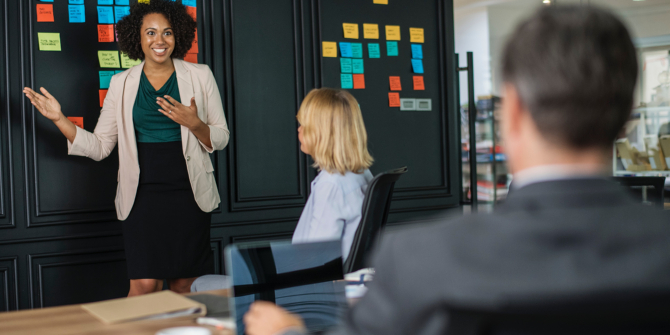 Increasingly, organizations are turning to referral-based methods to hire new employees (i.e. “recommend a friend/acquaintance”). In fact, these practices are estimated to account for up to 50 per cent of new hires and some organizations pay up to $20,000 to people referring someone they know for a job. The practice itself is relatively simple – it consists of a hiring manager making selection decisions after receiving a recommendation concerning a particular candidate from a referrer (usually a fellow employee).

Research has shown that referral practices are cost-effective and often result in more positive consequences for both the new recruit and the hiring organisation. Employees recruited through referrals have longer organisational tenure, better performance at work, and higher levels of job satisfaction. It occurred to us, though, that referral practices have rarely been examined using an ethical lens, even though anecdotal evidence suggests that it is a practice that potentially represents morally murky territory in which special interests and the exchange of favours can dominate, above and beyond the merit of a candidate.

We identified a major and non-obvious factor to explain organisational members’ reactions to referral-based hiring decisions: the relative power of the referrer to the hiring manager who accepts the referral. Though lay wisdom would suggest that referrals from high-power individuals carry more weight than those from low-power individuals, and this approach makes sense from the job candidate’s perspective, accepting a referral from a high-power employee potentially opens up the hiring managers to being perceived as engaging in immoral activities.

For example, a 2015 investigation by the U.S. Securities and Exchange Commission into the investment bank J. P. Morgan revealed that powerful employees at the bank, such as senior executives, were referring the sons and daughters of Chinese businessmen and businesswomen for coveted jobs. This established ongoing system led the bank’s current employees to feel resentful – especially during the 2008 financial crises, when banks were laying off employees but continuing to retain some of those who received high-power referrals. It is possible that if the referrals had come from less powerful employees at J. P. Morgan, they would not have elicited the same reaction.

We theorised that when hiring managers act on a referral from within the organisation, a situation is set up where they are potentially doing a favour for the employee who made the referral, who becomes obligated and indebted to them. When they accept a referral from a powerful employee, an observer is more likely to believe that they are attempting to increase how indebted that employee is to them, ultimately opening the door for future benefits (such as better job assignments, higher performance evaluations, higher raises). This will result in a harsher moral judgment of the hiring managers and less support for their hiring decisions. By definition, hiring managers have less to gain, personally, when a low-power employee is indebted (relative to a high-power employee), making attributions of power-related ulterior motives less likely.

In one of them, we recruited full-time employees and told them that they would be helping us pilot-test a virtual hiring committee process. Employees were told that they would be working with a four-person hiring committee but that their collective decision would affect a real hiring decision. In reality, participants were connected virtually through a chat platform to a research assistant who played the role of other committee members using different screens.

We asked participants to review the resumes of four applicants and to select their top candidate. After making their decision, they were presented with information that the hiring manager in the committee had decided to hire a candidate they did not select, following the referral from either a low or high power person on the committee. Previously, during the chat, the referrer, played by the research assistant, had pretended to incidentally know one of the candidates, who told them they were applying for that specific job. We manipulated power by telling participants that one of the referrers was simply a “note taker” (low power), while another referrer had the ability to determine additional rewards for everyone on the committee once the study was concluded (high power).

For another study, we targeted employees who had witnessed referral-based hiring decisions within their organisations. We asked them to recount this experience and rate how much power the referrer had compared to the hiring manager. Following this, we assessed how self-interested they viewed the hiring manager, immoral judgments of the decision, and how much they supported the decision.

Given the documented benefits of referral-based hiring, we obviously are not advocating that organisations or managers do away with these practices. However, given these findings, we do believe that it is important for those involved in hiring to be aware of these dynamics and carefully manage the referral process.

One possible solution for organisations to consider would be to set up systems with temporary anonymity of referrers, while simultaneously providing enhanced transparency regarding the reasons for the referral, thereby shifting the focus from characteristic of the referrer to the referral himself/herself and how information about them provides a valid cue with regard to their fit and potential performance in the organisation. A second implication is that high power referrers should be cognisant that their referrals might receive relatively more scrutiny and they should therefore use this practice cautiously and sporadically.

Rellie Derfler-Rozin is an assistant professor of management and organisation at the Robert H. Smith School of Business at the University of Maryland. She received her PhD in organisational behaviour from the London Business School. She studies how the social context impacts employees’ decision-making. She examines situations in which people in organisational settings behave in ways that end up counter to their own goals, because of innate social needs, such as the need to belong or the need for social status. As such, she applies psychological theories to critical organisational challenges (e.g., how organisations should design their selection practices or structure employees’ jobs) to seek solutions that improve employees’ lives in the workplace and organisations’ success. Most of her research revolves around two specific areas: behavioural ethics, and selection decisions and biases.

Bradford Baker is a PhD candidate in organisational behaviour/human resource management at the University of Maryland’s Robert H. Smith School of Business. His research focuses on two areas. First, he examines individual and team proactive behaviours, such as speaking up and taking charge, and shows when and how these behaviours can either benefit or harm individual and team performance. Second, he also explores the impact of pro-other unethical behaviours, such as engaging in unethical acts to help ones’ co-workers and organisation. Prior to pursuing his Ph.D., he worked in international development, primarily in sub-Saharan Africa.

Francesca Gino is the Tandon Family Professor of Business Administration in the Negotiation, Organizations & Markets Unit at Harvard Business School. She is also formally affiliated with the university’s Program on Negotiation,  Mind, Brain, Behavior Initiative, and Behavioral Insight Group. Her research focuses on judgment and decision-making, negotiation, ethics, motivation, productivity, and creativity. Her work has been published in leading academic journals and featured in the news media. Her latest book is Rebel Talent – Why it pays to break the rules at work and in life, Day Street Books, May 2018.