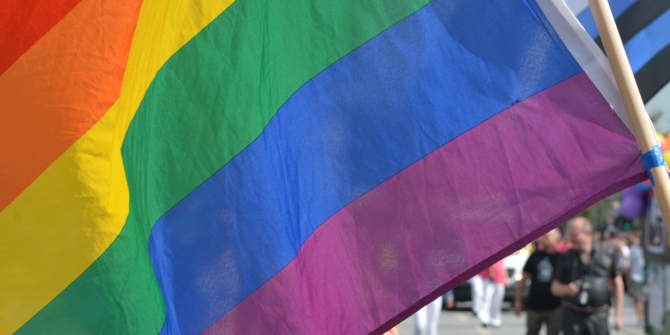 In contrast to earnings and income, little known about sexual orientation gaps in access to managerial autonomy and authority:

Why does workplace authority matter?

Managerial authority at the workplace is important for three reasons given by Wright et al. (1995). First, workplace authority is one of the main determinants of labor market earnings. Second, these jobs are desirable in their own right, since they typically have relatively high occupational prestige and recognition. Third, inequalities in authority across gender or ethnic groups may be key mechanisms that generate and sustain inequalities in workplace outcomes. Having more female senior managers, for example, may lead to more equitable treatment of women throughout the organisation (Cohen and Huffman 2004). The presence of high-status female managers has a large impact on mitigating gender wage differentials (e.g.,Bell 2005, and Kunze and Miller 2014). Finally, positions of authority in the workplace may allow individuals from underrepresented groups to sidestep personal discrimination and potential harassment.

In Aksoy et al. (2018), we analyse the responses of more than 645,000 working age adults (more than 6,000 self-identified sexual minorities) to the annual U.K. Integrated Household Survey from 2009 to 2014, which asked individuals directly about their sexual orientation, as well as containing a raft of individual, household and workplace questions.

Measures of Managerial Authority in the Workplace

There are two independent avenues by which we can examine workplace authority. We use direct questions on whether or not individuals have managerial and/or supervisory authority in the workplace. A different question also asks about the occupation held by the individual and codes this by the National Statistics Socio-economic Classification” (NS-SEC). Importantly, the NS-SEC occupations include ‘managers and professionals’.  We use both the direct questions and the occupation codes in our analysis, and we find that our results are robust to the measure. The NS-SEC measure has the advantage that it differentiates between higher-level managers (which have more prestige and higher pay) and lower-level managers (which have less responsibility and authority). This allows us to investigate the existence of possible glass ceiling effects (Cotter et al. 2001).

What the data say?

Our analysis yields clear and surprising findings for gay men. Specifically, we provide the literature’s first evidence that gay men are significantly more likely than otherwise similar heterosexual men to report managerial authority and/or supervisory responsibilities in the workplace. Using the NS-SEC measure (i.e. occupation measure), we also find that they are significantly more likely to have a managerial/professional post. However, we find strong evidence from the NS-SEC that there are glass ceilings: the managerial advantage experienced by gay men stems entirely from the fact that they are more likely than heterosexual men to be low-level managers. In fact, gay men are significantly less likely than otherwise similar heterosexual men to attain the highest level managerial positions that come with increased status and pay.

We perform decomposition analyses to understand the sources of the gay male disadvantage with respect to workplace authority and find that the majority of the difference is due to differential returns to observed characteristics and skills (such as education) as opposed to differential endowments. That is, the evidence is most consistent with discrimination explaining differential access to top managerial positions. Furthermore, we document evidence of intersectionality: the ‘gay glass ceiling’ effect whereby gay men have significantly lower access to top managerial posts is much stronger for racial minorities than for whites.

Access to managerial authority, and particularly high-level managerial posts, is not just about the individual. Those holding these posts are the exemplars, the mentors and the decision-makers on who will be the next generation of senior leaders. Bringing more sexual minorities, women and non-whites into managerial posts potentially increases the access for those further down the managerial/supervisory ladder – with similar characteristics – to be promoted. As with representation of women and minority groups on Corporate Boards, there is the potential to shift to a more representative outcome more broadly within the organisation.

Cevat Giray Aksoy is a principal economist in the Office of the Chief Economist at the European Bank for Reconstruction and Development in London, and a research associate at IZA Institute of Labor Economics and at LSE’s Institute of Global Affairs. His main research interests are inequalities in the labor market, female labour supply and economics of fertility. He tweets at @cevatgirayaksoy.

Christopher S. Carpenter is a professor of economics, law, education, medicine, health and society, and health policy at Vanderbilt University. He is an empirical labour and health economist by training and has published widely on the effects of public policies on health outcomes and on labour market outcomes for sexual minorities in the United States, Australia, Canada and United Kingdom. He is associate editor at the Journal of the European Economic Association and the Journal of Health Economics and sits on the editorial boards of the Journal of Policy Analysis and Management, American Journal of Health Economics, and Industrial Relations. He holds a PhD in economics from UC Berkeley and a BA in mathematics, economics, and public service from Albion College (MI). His research has been supported by the American Cancer Society, the National Institutes of Health, and the Robert Wood Johnson Foundation.

Matt L. Huffman is a professor and chair in the department of sociology at the University of California, Irvine. He also hold a joint appointment in the Paul Merage School of Business. His research interests centre on patterns of gender and racial inequality within and across organisations and labour markets. Among other things, his current research addresses changes in women’s access to managerial positions and the implications of those changes for gender inequality. His recent work also examines how the changing nature of public sector employment has affected racial inequality.