An analysis of the promotion gap between men and women among French academic economists - by Clément Bosquet, Pierre-Philippe Combes and Cecilia García-Peñalosa 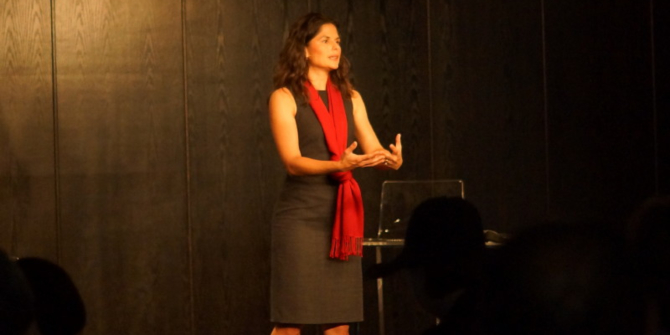 A related recent post (Who stays longer, male or female CEOs?) documents that women account for 5 per cent of CEOs of major North American firms as of January 2018 (Catalyst). According to Bertrand and Hallock (2001), they represented 2.5 per cent of top executives in US firms in the 1990s. Even if these two figures are not perfectly comparable, they are interesting in two regards: first, it seems that there has been some progress in terms of female representation at the top over the last decades. Second, despite the rapid increase in women’s educational attainment, which is now higher than that of men on average, gender gaps in labour markets are still large in terms of wages, promotions and seniority.

Our study analyses the promotion gap between men and women among French academic economists. Women account for 26 per cent of academic economists but for only 13 per cent of full professors, and we try to understand the reasons behind this gap. In France, promotions to senior positions in academia take place through national contests rather than being a decision of individual departments. As a result, data were available on who applied for promotion and who was promoted, as well as on the whole pool of junior economists in France who were potential candidates for promotion. Using data for two types of contests over the period 1992 and 2008, we decompose the gender gap in promotions between the likelihood to apply for promotion and the likelihood to be promoted conditional on applying in order to examine how differences at the two stages affected the observed overall promotion gap. This type of data is usually not available on standard – typically private – labour markets, which is why it is normally difficult to do such decomposition.

The data include individual characteristics such as age, gender, department, type of position held, and, crucially, academic productivity measured by the quantity and quality of publications. Female potential candidates have fewer publications than men, but the two groups do not differ in terms of the quality of their research output.

We find that in any given year, women are less likely to be a candidate in the promotion contests, with the application probability being 50 per cent lower for women than for men. This gap is only partially explained by differences in academic productivity, implying than women apply less often than men even with similar academic CVs. Women are also less likely to be promoted conditional on being a candidate, although this gap is small and not statistically significant.

Overall, the promotion rate of women is driven by differences in research quantity and a lower propensity to apply on the part of female economists, with the latter accounting for between 50 per cent and 76 per cent of the promotion gap, depending on the contest.

We exploit the fact that we have data on two types of contests which have different requirements, both in terms of what is involved during the contest and upon promotion, to examine possible explanations for their results. We do not find any evidence that the application gap is due to a higher cost of promotion for women nor to women having a different trade-off between wages and department prestige than men.

We conclude that the expectation of discrimination – though we were not able to find statistical evidence for that – and a dislike for entering competitions (possibly due to a lack of self-confidence) are the remaining possible explanations.

We argue “that women’s lower propensity to take part in contests is observed in actual labour markets and that it can have important consequences for observed outcomes.” We note that “building confidence and changing aspirations is a difficult process and probably starts in early childhood, but changes in the way in which deciding whether to enter a competition occurs could facilitate women’s probabilities of climbing up the rank ladder.” We hence propose “a system of mentoring whereby junior faculties are assigned a mentor that ‘proposes’ them as candidates for promotion” or “a system in which the default is that an individual will be considered for promotion after x years and the individual has to opt out instead of opting in” as policies that can be implemented in the short-run in order to try to close the promotion gap.

Clément Bosquet is assistant professor of economics at the University of Cergy-Pontoise and a research associate at the Aix-Marseille School of Economics and at LSE’s Centre for Economic Performance (CEP). His research lies in the fields of economic geography, urban and labour economics and economics of science and innovation. He is particularly interested in spatial sorting, agglomeration economies, intergenerational transmissions and the measurement and determinants of academic productivity.

Pierre-Philippe Combes is CNRS research professor at the University of Lyon and part-time professor at Sciences Po Paris. He is doing research in economic geography and urban economics with a special emphasis on the role of urban housing and labour markets on spatial inequality and applications to France but also China recently.