More people went to university in places where Catholics settled in 1911, and these districts today are more prosperous, write Amparo Castelló-Climent, Latika Chaudhary and Abhiroop Mukhopadhyay 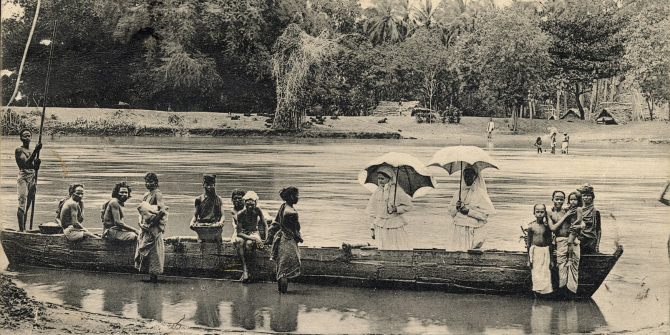 Why are some places richer than others? Economists offer many answers to this question ranging from better institutions to favourable geography to more education. Much of this research looks at differences across countries in the hope of identifying specific conditions that are present in rich countries but absent in poor countries.

But countries differ along many dimensions such as culture, geography, institutions and income. How do we separate the effect of, say, institutions from culture and geography, which may also affect development?

To get around this problem, we look at the effect of education on economic prosperity across districts of India. Unlike cross-country comparisons, the focus on districts offers a tight comparison, as these sub-national units share common governance and national policies (that is, institutions).

Controlling for differences in geography, we find that districts with higher education, not primary education, are more developed. Since there are few measures of income per capita at the district level, the study measures development using the amount of light density at night in a district (luminosity). Figure 1 shows the relationship between the share of people with higher education and light density in India. 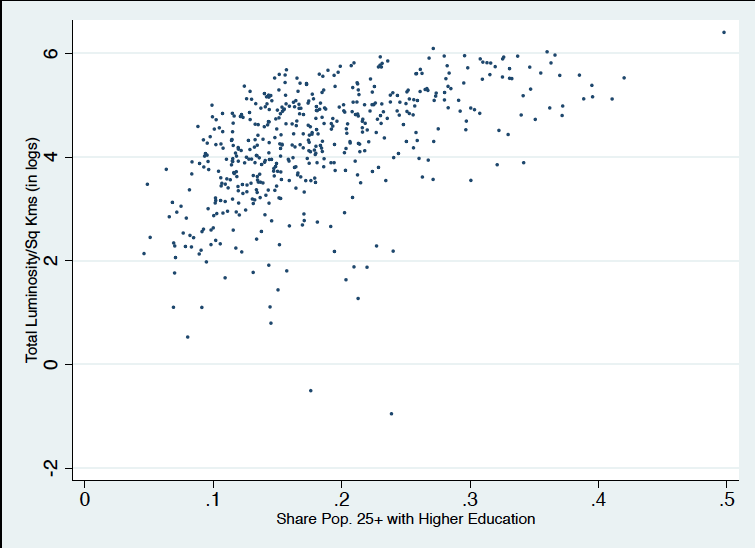 Furthermore, there is no significant relationship between the location of Catholic missionaries in 1911 and measures of development such as the historical provision of education or income tax revenues. Rather, the mechanism from Catholic missionaries to current higher education is via Catholic colleges that were established after Indian independence in 1947.

Our results are robust to alternative measures of development. We also rule out other non-education channels by which Catholic missionaries could affect current income. In particular, we rule out factors such as health, infrastructure and openness to foreign ideas. Such factors may be correlated with Catholic missionary presence and subsequent development. But, we find the effect of higher education on light density is robust to including these non-education channels.

While higher education leads to development, a population being stuck in lower levels of education such as primary-middle schooling do not contribute to Indian growth. Thus focusing merely on primary education (through policies and aid) is a necessary but insufficient condition to foster prosperity. In particular, it may be important also to focus on the higher levels of education that generate economic prosperity.

Amparo Castelló-Climent is a senior researcher at the Institute for International Economics at the University of Valencia. She holds a PhD in Economics from University of Valencia and a MSc in Economics from University College London. Her research interests include the quality and distribution of human capital, the distribution of income and their influence on economic growth, and the interplay between human capital and political institutions. She was previously an associate professor at Universidad Carlos III in Madrid and a researcher at LSE’s Centre for Economic Performance (CEP).

Latika Chaudhary is an associate professor at the Naval Postgraduate School’s Graduate School of Business and Public Policy. Latika does research in economic history, development economics and public finance.

Abhiroop Mukhopadhyay is a professor at the economics and planning unit of the Indian Statistical Institute. He has a PhD in economics from Pennsylvania State University. His areas of interest are microeconometrics, international trade and development economics.