Only another referendum can put an end to the uncertainty that is plaguing investment and markets, writes Costas Milas

Each day brings with it new drama in UK politics and the course of Brexit – and it’s playing havoc with the UK economy. The following four graphs show the extent that the UK is at risk of a recession – and I conclude that the only way to put an end to all the uncertainty that is plaguing investment and markets is to have another referendum. 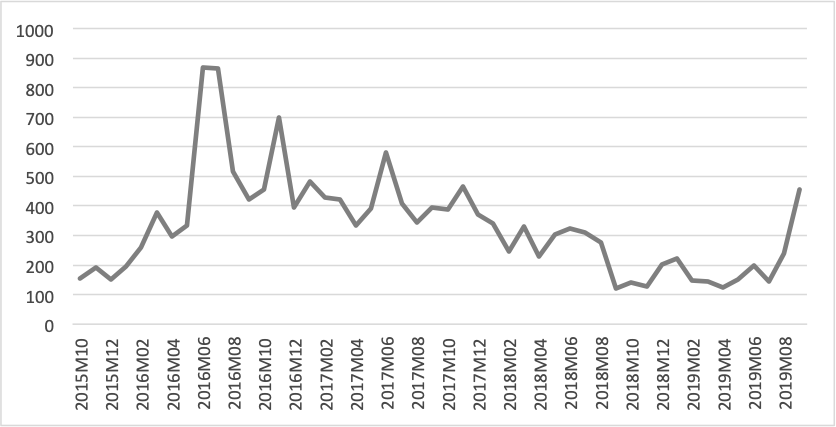 2. Fall in the pound

The weaker pound makes imports more expensive, which pushes up the prices of a number of consumer goods, causing inflation. In its July report, the Bank of England had predicted inflation to drop from 2.1 per cent in July 2019 to 1.56 per cent by the end of the year and remain below the 2 per cent inflation target until the third quarter of 2020. But, following recent events, the bank’s governor, Mark Carney, has revised his inflation estimates, saying it could more than double to 5.5 per cent.

This puts the Bank of England in a tricky situation. It will have to decide whether to raise interest rates to tackle inflation or cut them to stimulate economic growth.

Government data suggests that the UK economy contracted by 0.2 per cent in the second quarter of 2019. A recession occurs when there are two successive quarters of negative GDP growth. Early evidence suggests that the economy might already be heading this way because money growth, a reliable predictor of UK GDP growth, has weakened significantly.

The next chart plots together real money growth, using the Divisia money index, and GDP growth. The Divisia index weighs different forms of money according to their likelihood of being spent – notes and coins have a higher weight than money held in mutual funds, for example. My research shows this measure of money has strong predictive power for the UK economy, and the latest growth rates of money are at a seven-year low. 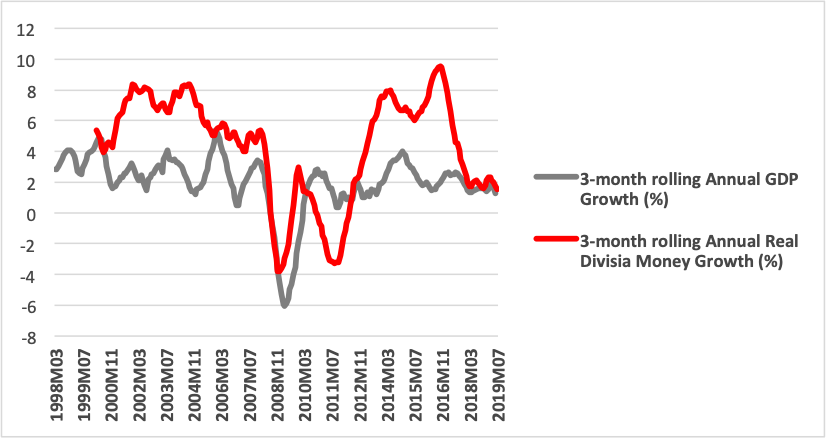 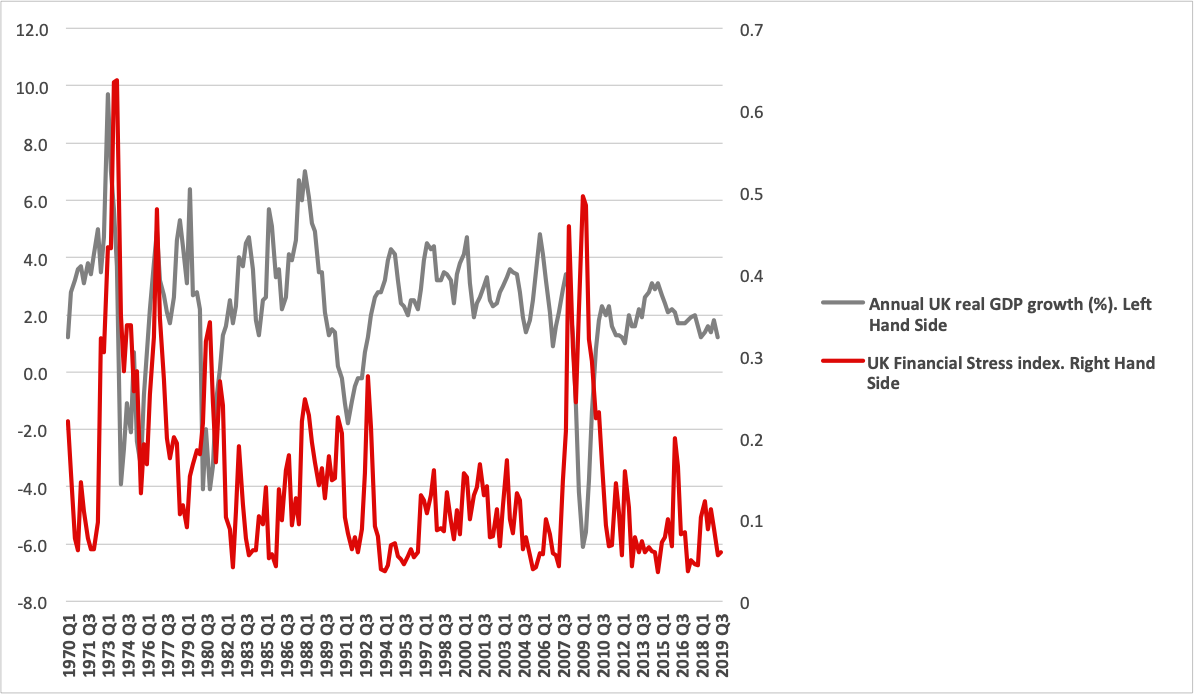 From a historical point of view, a rise in financial stress signals a slowdown in UK growth between one and three quarters prior to UK growth turning negative. Notice, however, that the latest financial stress data is pretty subdued – which does not point to a forthcoming UK recession. This is largely because market participants expect the Bank of England to step in by cutting interest rates and authorising additional quantitative easing to counteract the rise in financial stress caused by a possible no-deal Brexit.

What the UK needs

If there is a snap election, policy uncertainty will remain high. The latest polls suggest another hung parliament and this will solve nothing.

What the UK really needs is another referendum. There have been suggestions of a three-way referendum where people vote to remain in the EU or leave with the deal that Theresa May negotiated or a no-deal Brexit. Financial Times journalist James Blitz suggests a remain versus no-deal Brexit referendum to end the deadlock.

But I think the referendum should be solely between Theresa May’s deal (which is still on offer) versus a no-deal Brexit. Though I am myself a committed “Remainer”, I believe this is the only way to respect the previous referendum vote. It is also the best way to end the uncertainty that is plaguing business and investor confidence in the UK economy.

The best outcome will be to accept May’s withdrawal agreement (or a last minute slightly “tweaked” version of it) and move on. The Bank of England, and rightly in my view, forecasts that a no-deal Brexit will be very damaging.

I have argued further that the UK’s banking sector might struggle to absorb a potentially huge drop in bank deposits as customers will be looking for alternative returns outside a sinking (at least in the short-term) UK economy. So those in favour of no-deal should be brave and detailed enough to tell the rest of us why no-deal will not be damaging.

Costas Milas is professor of finance at the University of Liverpool. Email: costas.milas@liverpool.ac.uk