In the classroom I simply refer to him as “Weitzman”, in the same way people simply refer to Keynes, Arrow, Solow, or Hicks. Such widely understood abbreviations reflect their high standing and unique contributions. Students recognised the importance of Weitzman’s contributions to economic theory too. After a year-long lecture series, one of my students proposed a t-shirt with “What would Weitzman say?” writ-large across the chest. Of course, among his friends and collaborators it was simply “Marty”.

For instance, back in the 60s, a thriving part of economic research focussed on economic systems. In those days the jury was steadfastly out on which type of economy, planned versus decentralised and market based, would lead to greater prosperity. Put simply, would prices provide the correct signals for the allocation resources, or should we rather focus on managing, allocating and fixing quantities? This was the backdrop for Marty’s seminal contribution, “Prices versus Quantities”, (Review of Economic Studies, 1974) in which this question was investigated in the context of uncertainty. Marty showed that the economist’s proclivity for price regulation could easily be erroneous, and in some important cases quantity regulation would be better for society. Importantly for the field of environmental economics, Marty used the example of pollution control to make his point where the logic of the results was most powerful. In essence, when there is uncertainty about marginal pollution abatement costs and pollution damages, where small changes in pollution cause rapidly increasing damages, quantity restrictions better limit any pollution overshoot, and minimise social costs when policies are set imperfectly beforehand. Otherwise, price regulation (pollution taxes) are better. Since then this logic has been applied to guide the policy choice between tradable permit schemes and Pigouvian taxes in the regulation of acid rain, climate change, water pollution, inter alia. The pure economic logic found its home and chief applications in environmental policy. 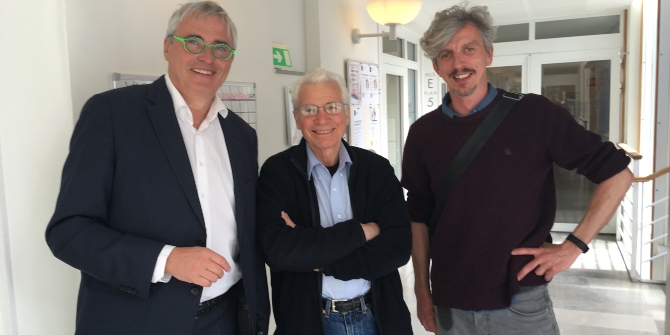 The author, Ben Groom (right), with Martin Weitzman and Christian Gollier (left) in Gothenburg (May 2019)

Environmental economists also claimed as their own Marty’s 1976 contribution to the theory of economic growth and national accounting, “On the welfare significance of national product in a dynamic economy” (Quarterly Journal of Economics). Here Marty showed that GDP, which typically appears in national statistics as a measure of economic performance, is unrelated to long-run societal well-being. Nevertheless, an adjusted measure of Net National Product, which subtracts depreciation of national capital, can be thought of as a snapshot of future well-being — the yield, if you like, on national wealth. Interpreting capital broadly to include natural resources and the environment, and ensuring depreciation includes the depreciation of this ‘natural capital’, and NNP can be thought of as Green Net National Product. This finding has obvious implications for the measurement of sustainable growth and development, which have been studied at length in environmental economics, not least by Marty himself. Indeed, these insights provide some of the key principles underpinning the strategy of the UK government’s Natural Capital Committee, and the World Bank’s WAVES project which advocate accounting for comprehensive (including environmental stocks) measures of wealth as a means of measuring economic performance. Once again, pure theory found its chief application in environmental economics.

Notwithstanding contributions to other major areas of economics, including a solution to the long-standing equity premium puzzle, several contributions to mathematical economics, and macro (his work on profit-sharing and the ownership economy fed into the Thatcher government’s economic policy for a time in the 80s), a number of seminal contributions in the 90s and 2000s were more squarely in the environmental domain. “On Diversity” (1992, Quarterly Journal of Economics) developed a new measure of biodiversity based on genetic distance. “The Noah’s Ark Problem” (1998, Econometrica) embedded this measure in an economic framework that imagines Noah making the prototypical conservation decision to maximise expected biodiversity given a budget constraint: select which animals should enter the Ark. Again, perhaps counter-intuitively, this work concluded that there are important circumstances when maximising diversity does not necessarily mean allocating resources to endangered species, as is common in the world of conservation. From the perspective of maximising overall expected genetic diversity, this would be like throwing good money after bad. If nothing else, this perspective showed how our view of biodiversity is potentially tainted with value judgements when decisions are made in favour of conserving, say, mammals and reptiles, or particular familiar land-uses, over micro-organisms, bacterial diversity and soils. There may be more information in the latter.

Then, “Why the far-distant future should be discounted at the lowest possible rate” (1998, Journal of Environmental Economics and Management) began to address his “uneasy intuitive feeling that something is wrong, somewhere” with compound discounting and its deleterious effect on the weight placed on future generations well-being. Marty viewed this as a particular problem when evaluating long-term policy issues such as climate change and sustainability. This view, that something is wrong with conventional social discounting, persisted, with several articles to this effect. (His solution to the Weitzman-Gollier puzzle won the biannual Erik Kempe Award with collaborator Christian Gollier, see picture). In recent exchanges with him, he reiterated this view, to the extent that one expected something new to emerge soon on the matter.

As if these contributions were not enough to be getting on with, and the list is by no means exhaustive, Marty will probably be best remembered for his work on the economics of climate change. In particular, how to gauge policy responses under the deep uncertainty that this global environmental problem presents. A chief critic of the 2006 Stern Review, he concluded that Stern was “right, but for the wrong reasons”. His “dismal theorem” showed that stringent mitigation policies are justified not by philosophical arguments concerning inter-generational fairness a la Stern, but by the “fat-tailed” uncertainty associated with climate damages. These fat tails stem from deep uncertainty about the underlying physical (climate) and economic (emissions and damages) processes. They make extreme, catastrophic outcomes weigh more heavily in the welfare calculation than the vanishingly small probabilities that, say, a normal probability distribution would apply to extreme events.  His book “Climate Shock”, with Gernot Wagner, spelled out the policy agenda for climate change that these insights necessarily lead to: we ought to strongly mitigate climate change as an insurance policy against catastrophic risks. Overall, the “dismal theorem”, as he called it, focused the discipline on catastrophic risks, and away from the gradual, over centuries, increases in temperature that hitherto made the social discount rate the natural battleground in climate change economics.

In a world in which economists and economic theory are being heavily criticised, Marty’s approach to economic theory was always, it still seems to me, the appropriate one. He used theory to strip back superfluous details, to focus on the essence of the problem at hand, paint a lucid picture or tell a compelling story, while being careful to be up-front about, and justify, often colourfully, any assumptions. Marty’s seminal contributions did just that, in his usual and enviable writing style. Section 2 of his 1976 paper on NNP begins “We abstract heroically in more ways than one”. In another moment in “On Diversity”, after many lines of set theory he offers only an outline of a proof explaining that “the interested reader should not have much trouble filling in the details, although…they are time- and space-consuming”. His papers have many entertaining moments. The Noah’s Ark paper, for instance, references the bible for the precise measurement of the budget constraint, in cubits cubed. At one point he footnotes, “Note that the presumed smallness of [the change in survival probability] goes somewhat against the spirit of the biblical version of Noah’s Ark, for which a fair interpretation might be [that it equals 1]. If so, I plead literary license to justify using the extended metaphor here, because it is so pretty”. Also, for anyone wanting to understand the difficulties of choosing the discount rate for climate change analysis, the introduction to “Gamma Discounting”(2001, American Economic Review) provides the most eloquent description of the contortions required, before stripping them back to some very, very essential basics.

So, Marty’s contributions addressed pure economic problems, and had compelling applications in environmental economics. Of course like many seminal contributions, they stir mixed reactions. His conclusions were often controversial, and many disagreed with his assumptions and assertions, and hence his conclusions, no matter how compelling he made them sound. Yet, seminal contributions, I suppose, can be recognised in part by the volume of responses, extensions and criticisms that ensue, creating literatures of their own. This is precisely what Marty’s papers produced, in many areas of economics.

In “Gamma Discounting”, he described deciding on the social discount rate as “one of the most critical problems in all of economics”. Reading Marty’s papers, one gets the feeling that whatever Marty was focussing on at a given time, he felt it was the most critical problem in economics. Economic systems, growth, biodiversity and climate change have all received the Weitzman treatment, and economics as a whole is richer for this attention. Indeed, many of us will continue to ask, “what would Weitzman say?”.

Ben Groom is a professor of environment and development economics at LSE, and head of the environmental economics and policy cluster in the department of geography and environment. He has worked extensively on the theory and empirics of social discounting and its applicability to long-term environmental problems such as climate change. Ben has also served as a consultant for numerous international organisations, including the World Bank, the Asian Development Bank, the Organisation for Economic Cooperation and Development and the World Wide Fund for Nature (WWF). He has also advised government in the USA, UK, The Netherlands, Norway, China and Pakistan on various aspects of environmental and economic policy. b.groom@lse.ac.uk

Ben Groom is a professor of environment and development economics at LSE, and head of the environmental economics and policy cluster in the department of geography and environment. He has worked extensively on the theory and empirics of social discounting and its applicability to long-term environmental problems such as climate change. Ben has also served as a consultant for numerous international organisations, including the World Bank, the Asian Development Bank, the Organisation for Economic Cooperation and Development and the World Wide Fund for Nature (WWF). He has also advised government in the USA, UK, The Netherlands, Norway, China and Pakistan on various aspects of environmental and economic policy. b.groom@lse.ac.uk 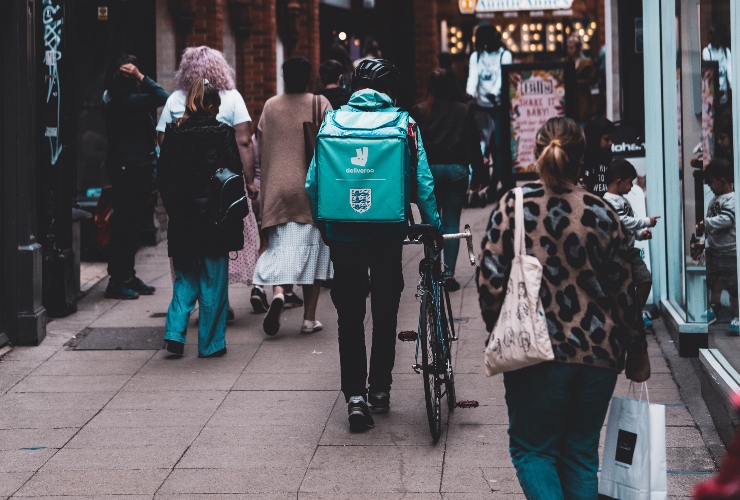 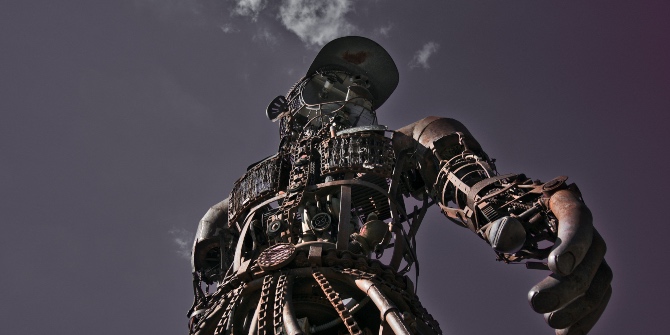