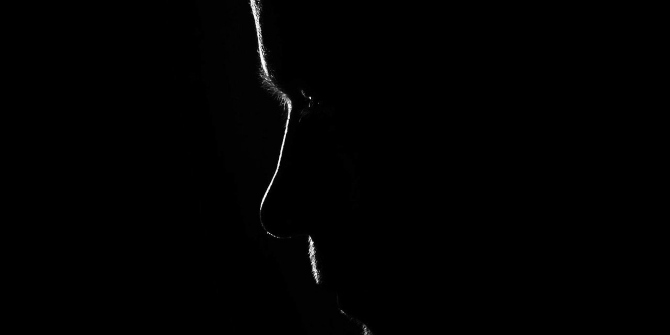 The potential psychological effects of atypical and precarious employment arrangements are attracting increasing attention among academic and policy researchers. The UK economy is approaching ‘full employment’ and the jobless rate has dropped below pre-recession levels. Yet, for many workers these employment levels have not meant high quality jobs. More employees now find themselves underemployed than before the recession and many more are on zero-hour contracts. Furthermore, when considered together, the total number of underemployed and zero hours workers has remained remarkably stable since the recession in contrast to the improving picture of employment rates more generally.

Underemployment (or hours-underemployment specifically) is an intrinsically undesirable state, defined as working part-time while preferring to work more hours. In a recent study, we examined whether this persistent employment hardship could have detrimental mental health consequences. It is not difficult to imagine why this may be the case. Hours-underemployment is linked to uncertainty, reduced control over working hours, in-work poverty and reduced well-being. We argue that understanding the psychological harms of underemployment is crucial for motivating the design of policies aiming to protect workers and prevent labour force detachment and poverty.

To examine the contribution of hours-underemployment to psychological distress, we operationalised the International Labour Organization (1998) definition of underemployment, defining underemployment as working below 30 hours per week in the UK context and preferring to work more hours. Distress was assessed with a well-validated measure (the 12-item General Health Questionnaire) and we took two important steps to consider self-selection biases and reverse causality.

First, drawing on the very rich information collected as part of the National Child Development Study, we compared part-time workers preferring to work more hours with full-time workers. Using propensity score matching, we constructed two comparable samples of underemployed and full-time employed workers that had similar probabilities to end up in hours-underemployment based on a broad set of demographic, cognitive, psychosocial, and economic background factors. We found that being in hours-underemployment predicts substantially higher levels of psychological distress compared to working full-time (β = .22-.25).

Next, we drew on the British Household Panel Survey to explore the psychological impact of moving between underemployment and full-time employment. As previously, we used analytical techniques to account for unobserved differences among workers that might explain transitioning between different types of employment as well as their psychological well-being. We found that moving from full-time employment to underemployment was associated with increased distress levels across 18 years of observations.

We also tested alternative combinations of working part-time and working time preferences to distinguish between the contribution of employment type and individual preferences to the observed impact. Our sensitivity analysis revealed that the combination of working less than 30 hours per week and preferring to work more hours was associated with the greatest and most consistent increases in psychological distress.

There is a stark divide in the United Kingdom between those employed on secure full-time contracts and those working on precarious employment contracts. Underemployment has outstripped unemployment in prevalence over the past decade and may have similar psychological implications. Our research suggests that the divide between full time workers and the underemployed is not only associated with financial inequality, it may be generating mental health inequalities.

In the UK, the effectiveness of the policies implemented to prevent unfavourable treatment of part-time workers and improve quality of part-time jobs has been criticised. For example, Bell argues that the Part-Time Workers (Prevention of Less Favourable Treatment) Regulations 2000 was not successful in removing discrimination against part-time workers or in supporting transitions into full-time employment especially in low-skill, low-wage sectors with high female presence. The findings of our research suggest that policy makers should monitor the implementation of current regulation more closely and consider the design of interventions aiming to improve the working conditions and psychological well-being of underemployed workers. The work of Bell and Blanchflower documenting high rates of underemployment in the UK and throughout the OECD underscore the importance of these issues internationally.

Victoria Mousteri is senior economist at Alma Economics and a member of the Stirling Behavioural Science Centre. She has strong skills in data analysis and microeconomic modelling. She also has academic and applied experience in economic impact analysis, policy evaluation and forecasting.

Liam Delaney is a professor of economics at University College Dublin (UCD) and a visiting professor of economics at Stirling University. He is particularly interested in the measurement foundations of behavioural welfare economics and has built several interdisciplinary projects examining how to measure real-world economic preferences. He is currently developing a major new centre for behavioural science and public policy at UCD Geary Institute.