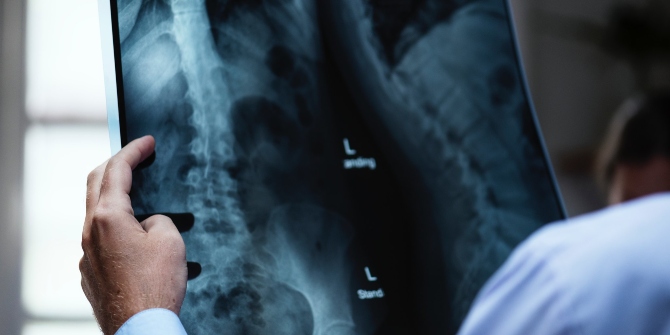 Aiming to improve healthcare efficiency and quality, countries around the globe, including Singapore, the UK, Japan and the US, are implementing nationwide electronic health records (EHRs). Recent studies suggest that when EHRs are shared across different healthcare providers they can facilitate better care and with the use of aggregated data analytics improve healthcare management and research. However, their implementations face myriad challenges, not least diverse stakeholders with often conflicting interests. This prompted us to examine stakeholder interactions and the pressures they exerted in two contrasting national EHR implementations – a successful one in Singapore and a failed one in England. Both examples provide useful insights for policymakers and practitioners.

In Singapore, EHR was successfully adopted across 280 healthcare institutions and 14,000 clinicians. In England, the National Programme for IT resulted in limited adoption of EHR in secondary care. On comparison, Singapore and England exhibited both similarities and differences in their healthcare structures, systems, and EHR initiatives. In both countries, coordinating public agencies responsible for healthcare assets and national EHR programmes were enforcing a “top-down” implementation strategy. In both, most secondary healthcare was provided by public hospitals who were key stakeholders in EHR implementation.

To apply the “top-down” implementation strategy, coercive pressures were exercised from national healthcare administrators on agencies responsible for the delivery of EHRs. In turn, these agencies exerted pressures on commercial IT providers and healthcare provider organisations. The pressures were both “soft” e.g., financial incentives for early EHR adopter sites, free systems for all public providers, and “hard,” e.g., legislation. This gave rise to bottom-up pressures by healthcare professionals on healthcare integrators and commercial IT providers. However, the bottom-up pressures varied in type and strength, and the way stakeholders interacted differed in the two countries. Ultimately, the pressures shaped the results of the two EHR implementation efforts in different ways.

Singapore is much smaller than England and its healthcare system is characterised by a flatter hierarchy, smaller number of public health organisations, and relatively few legacy IT systems. Key to its relative success in implementing EHR were a centralised public agency responsible for managing healthcare resources and the implementation support agency working with private IT providers. In contrast, England’s healthcare system was characterised by heterogeneous and powerful stakeholders, i.e., healthcare professionals and their representative bodies, semi-autonomous organisations with significant variations in practices, and many different legacy systems. These presented challenging conditions for EHR implementation.

Although both countries employed top-down approach to EHR implementation, there were significant differences. In England, “ruthless standardisation” through “rip and replace” was promoted. There was a mismatch between the trend towards decentralisation of healthcare structures and the top-down nature of national EHR implementation. In Singapore, existing IT systems were allowed to co-exist with the national EHR, which was designed to “ride on top of them”. Also, the healthcare structure was more suited to a top-down strategy.

England is now embarking on a less centralised, regional approach to EHR implementation, having learned from past mistakes. Our study provides important insights on how national EHR implementations can be carried out effectively.

Ela Klecun is an assistant professor of information systems at LSE. Her main research interest is the application of IT in healthcare and its consequences for the way services are organised, delivered, and consumed. Her research has been funded by various UK research councils and published in major journals.

Ya Zhou is an assistant professor in information systems at the Nottingham University Business School, China. Her interests include health online communities, health information systems, and marketing in social media. Her work has appeared in leading academic journals and conferences.

Atreyi Kankanhalli is a professor and deputy head of the department of information systems and analytics at the National University of Singapore. Her research interests are in online communities and digital collaboration, digital transformation and innovation in service sectors such as government and healthcare. Her work has been published in premium journals and has won a number of research awards.

Ralph Hibberd is a research officer at LSE. His research interests are in understanding and developing the processes for information systems that demonstrate both utility and usability. Recently, he has worked on the research councils UK–funded Delivering Digital Drugs project.