The Planning for the Future white paper tackles one costly feature of the British planning system: its peculiar reliance on case by case, essentially political, decision making for all significant development (see here). Tall office towers are significant developments, so whether or not to permit them is subject to this political process. In Chicago it is straightforward. There are rules. Developers can build as high as they want so long as the location and design are within the rules. Because in London every proposed new office block requires a political decision, getting permission is transformed into a game: an expensive game. Would-be developers can use all their wiles to persuade local and national politicians that their project is desirable.

My recently published research with Gerard Dericks shows that one of the most effective ways to dazzle the planning committee is to employ an architect with an international reputation. The history of London’s tallest building, The Shard, perfectly illustrates how this works. Its promoter, Irvine Sellar, had no experience of large scale development. He had only got into real estate development out of the garment business in the 1970s as he discovered building shops was more interesting than fashion.

He bought the old PWC HQ near London Bridge Station in 1998 purely as an investment. Then the government announced it would encourage higher density development near transport hubs. Opportunistically he thought he’d develop a 400-metre tall building with 8-times the internal space of the existing 1960s block. He consulted the head planner at the Borough of Southwark and was told that ‘it would need a signature architecture to win approval’. Renzo Piano had recently won his second international award, the Pritzker Prize, so Sellar flew directly to Berlin to recruit him. Although denounced by English Heritage, who inadvertently coined the name by which it is known, claiming it would “tear through historic London like a shard of glass” the project ultimately gained permission. The decision went right up to the then Secretary of State John (now Lord) Prescott. He may not have been an architectural connoisseur but surely helped by Renzo Piano’s recent award was persuaded of the building’s ‘highest architectural quality’, and so gave permission. When asked if he would do a tall building in London again, given the immense difficulties, Sellar answered he would ‘because it is very profitable’.

This might be just an interesting but illustrative anecdote but our recent paper has quantified the power of trophy architects (defined as architects who have won one of the three major international awards for lifetime achievement) to impress planning committees to permit taller offices buildings. It is expensive for both developers and, in a more subtle way, for our economy, but its profitability derives from the restriction on quality office space, especially in tall and more productive offices London’s planning system imposes. Because of the resulting shortage, getting more space on a given site adds value.

There are extra costs of using trophy architects (TA) – higher fees and an estimated 15 per cent extra building costs for their designs – but their reputation gets an extra 14 floors on a given site. So even factoring in the extra visible costs, a TA boosts the value of a typical site in central London by 152%, apparently capturing ‘economic rents’ of £148 million.

But this is not likely to be a windfall gain for developers. If it was, then they would all be doing it: but they don’t. Really it reflects the extra hidden costs that are spent competing for height exemptions: there are invisible but real resource costs of more risk, more financing costs, more legal representation and the longer time taken to get permission, and on average a longer time to rent out the space. The risk is big: even after spending the extra money and going through the various phases of seeking planning permission – maybe ending up with an appeal to the Secretary of State as in the case of The Shard – the developer may fail. So if one makes the normal assumption of competitive markets – and the evidence is that development is a competitive business – this £148m ‘gain’ for a representative site is a measure of these deadweight costs: the cost of having both a shortage of space and discretionary system where decisions can be gamed.

Given how tight London’s supply of office space is, we found the most profitable height for a new building designed by a cheaper, regular, architect would be 117 floors. This compares with the eight floors they are able to build on average. Even the Shard is only 87 storeys. The scarcity of quality office space creates incentives to take risks and throw resources at finding ways to secure permission for buildings that would ordinarily be turned down.

These conclusions are based on analysing data for 2,739 office buildings sold between 1998 and 2018. Over most of central London there can be no gaming of decisions because there are totally inflexible height restrictions. Three quarters of the City of Westminster, for example, is a Conservation Area: so no one can build tall on any site there. There are eight protected sight corridors of St Pauls – one of 16 kms to Richmond Park. There is a protected view line from an oak tree on Parliament Hill to the Palace of Westminster. Along these corridors no building is allowed to be tall enough to block the view. But we found that so long as a site was located where height was not absolutely restricted, TA buildings were likely to be 14 floors taller than those designed by a regular architect on similar sites.

That it was a TA’s reputation that was being deployed to ‘game’ the planning system rests on both negative and positive evidence. It was certainly not that they had unique abilities to build tall buildings. In other cities with less restrictive, or clear-cut, planning rules, most skyscrapers – in the case of Brussels, all – were designed by regular architects. More positive evidence comes from Chicago. There, height restrictions were abolished in 1923. Chicago also has a clear, rule-governed, planning system. Analysing all buildings in Chicago designed by an architect who at some point in their life graduated to TA status by winning one of the three main life-time achievement awards, showed that their buildings had no tendency to “grow” after the conferment of the award. But in London, getting such a prize immediately allowed the architect’s future buildings to grow to ‘trophy’ height.

These findings are not just relevant as they reveal yet another hidden cost of Britain’s dysfunctional planning system but they are also one of the very few examples of research putting credible numbers on the costs of deadweight losses from what are called ‘rent seeking’ activities: expenditures aimed at capturing the value of price distortions resulting from quantitative restrictions on the output of goods or trade.

Paul Cheshire is an emeritus professor of economic geography at LSE’s department of geography and environment.

Paul Cheshire is an emeritus professor of economic geography at LSE's department of geography and environment. 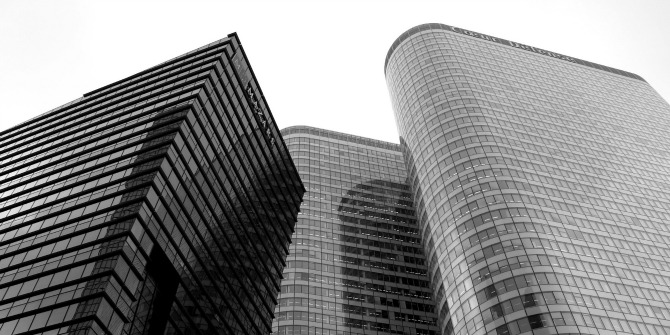 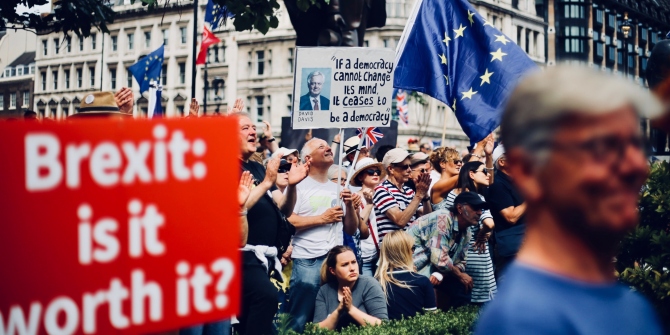 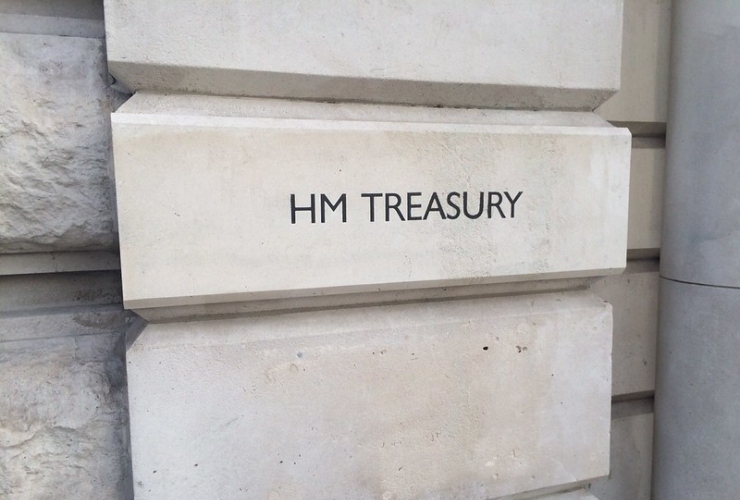