The growth of self-employment has been one of the key features of the UK labour market for the past two decades. At the end of 2019, there were more than 5 million self-employed people in the UK, representing 15.3% of total employment. Together with Stephen Machin, we are running a series of surveys to capture how these workers fare throughout the COVID-19 crisis. Here we summarise some of our findings and discuss other recent research.

Incomes and hours are down and show little signs of recovery

In our first survey, early in the crisis, we showed that the self-employed saw greater drops in their earnings and hours of work than other types of workers. Following this, in our September survey, we document a sluggish recovery in hours and incomes over the summer. While the share of workers that report working fewer than 10 hours each week fell from 40% in April to 32% in August, the figure is significantly higher than it was in February, prior to the first lockdown. This pattern is shown in Figure 1 below. Similarly, the share of workers earning under £1,000 in August (50%) is barely lower than in April (52%). This share was under a third (33%) in February. 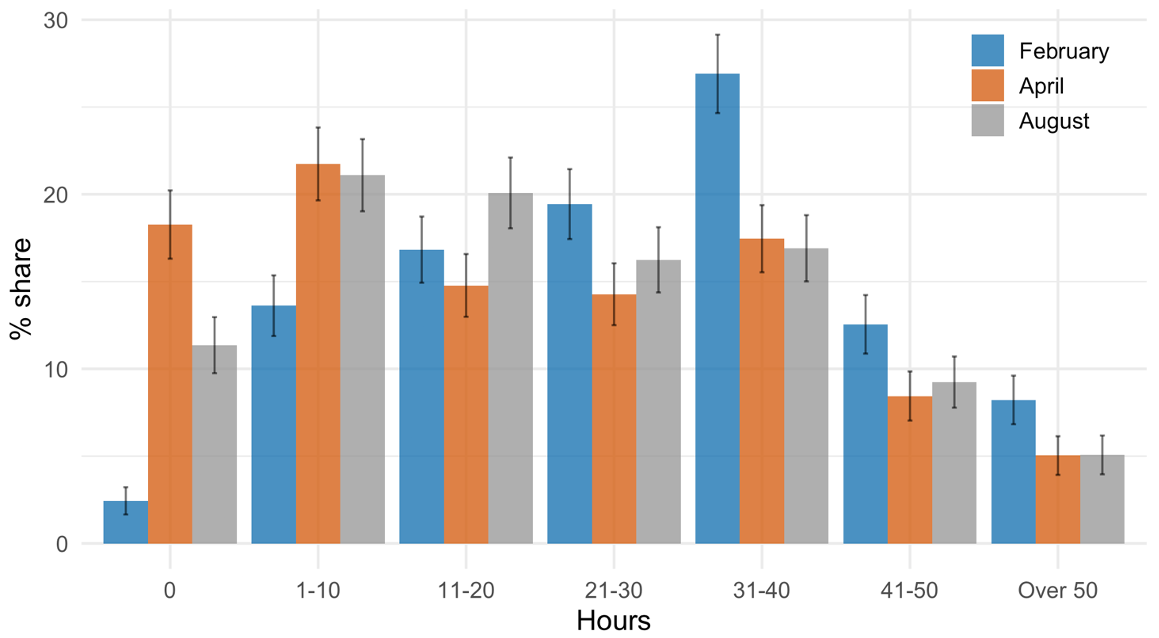 This slow recovery is echoed in work by the Resolution Foundation, who also demonstrate that workers with lower qualifications are the most likely to experience prolonged earnings losses. One well-documented feature of the current crisis is the disproportionate negative labour market impact on women. Once we account for the fact that self-employed women are more likely to be able to work from home, we also find that they are more negatively affected in terms of hours and incomes.

Different concerns arise when looking at the situation of workers in the “gig economy”. We find that a third of workers finding work through apps report actually having more work than usual. On the other hand, they also are more likely to report feeling like their health is at risk while working. Three out of every four (78 per cent) app-worker respondents perceived their health to be at risk during work throughout the crisis. Among other self-employed workers, the figure is 23 per cent.

Government support: good for those who can get it

Excluded from the furlough scheme, the flagship government support scheme for self-employed workers is the Self-Employment Income Support Scheme (SEISS). The first grant under this scheme, with a generosity of 80% of past profits up to £2,500 per month, was made available in May. The second, made available in July, came with a slightly reduced generosity. Following the schemes extension, two more grants will follow, with the third at a further reduced generosity and the fourth yet to be determined.

Since the start of the crisis, commentators have highlighted the poor targeting of SEISS. To be eligible, the main conditions are that workers’ self-employment must provide over half of their taxable income, a tax return must have been submitted in 2018-19, and profits must have been under £50,000 for that year. It has been estimated that around two fifths of workers with some self-employment income are ineligible for this support.

With eligibility unchanging, the extension of SEISS well into next year widens the gap between those who are eligible for SEISS and those excluded. To help plug the gap, in Scotland and Wales additional grants have been made available to newly self-employed. However, these are small in value and affect a minority of ineligible workers. Ineligibility matters: we find that those who did not receive support are more than twice as likely as other self-employed workers to report financial difficulties. Reflecting this, self-employment has played a prominent role in campaign groups such as ExcludedUK.

Eligibility conditions, particularly the exclusion of those without a 2018-19 tax return, demonstrate the challenge of designing equitable transfers for the self-employed. This is also evident in the loose conditions on claims among the eligible. Unlike furloughed employees, the self-employed are allowed to continue working while receiving the grant, and grant levels are fully independent of financial loss.

Recent research using novel bank account data has shown that on average, among those getting the SEISS grant, net income has declined by just 4%. On average then, SEISS is very successful in smoothing the income shock caused by COVID-19. However, this masks substantial variation, with some workers seeing large positive or negative changes in net income. This echoes another survey’s finding that one in six claimants saw no loss in pay.

From boom to bust

After two decades of growth, this year has seen the sharpest decline in self-employment since records began, with the latest ONS data showing 8% fewer self-employed workers this summer compared to last summer. This is in stark contrast to the experience of wage employees, as shown in Figure 2.

Notes: Cumulative % growth in number of employees and number of self-employed workers. Source: “Employment in the UK: October 2020”, ONS

In our survey we found that one in five current self-employed workers think it likely they’ll leave self-employment. This is higher among younger, higher income workers and those with a greater risk tolerance. Coming out of the crisis then, self-employment will not only be smaller but will also consist of different types of workers.

Looking further ahead, the chancellor has indicated tax reforms that are likely to involve an increase in self-employed workers’ National Insurance Contributions (NICs). This would please many commentators who have criticised the inequity and distortionary incentives of the current system. The ONS estimates that almost 300,000 workers changed their status from self-employed to employee between the second and the third quarter this year, the highest number since 2005. Removing some of the tax incentives to become self-employed would push more workers towards wage employment, compounding the disproportionate effects of the crisis on self-employed workers.

Jack Blundell is a PhD economics candidate at Stanford University and an occasional research assistant at CEP.  j.r.blundell@lse.ac.uk

Maria Ventura is a PhD student at LSE and a research assistant at CEP.  M.Ventura@lse.ac.uk 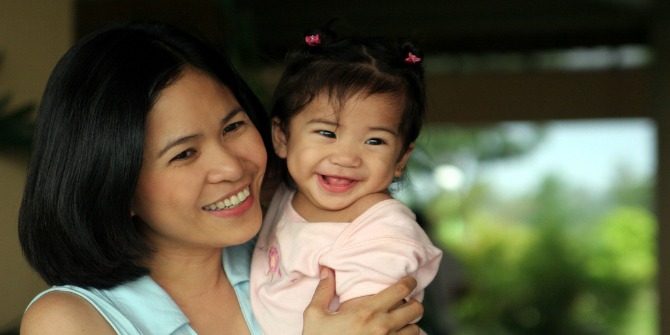 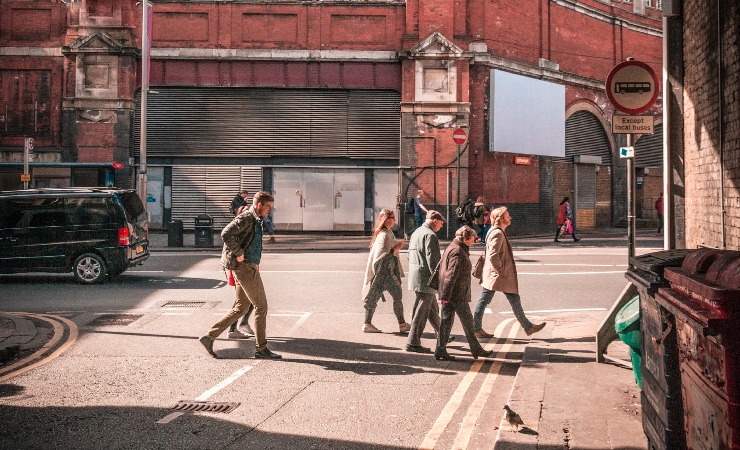