To maximise revenue from an auction, an important question is how to design it. A combinatorial auction is one where bids are allowed not only on individual items, but on combinations of items, called packages, as well. The auctioneer aims to accept the bids that together maximise revenue. This is called the winner determination problem — a mathematical problem. As the number of items in an auction increases, the number of steps required to design the optimal combination increases exponentially, and so does the time required to solve the puzzle. Together with his colleague Frank Kelly, Richard Steinberg developed a combinatorial auction procedure called PAUSE (Progressive Adaptive User Selection Environment) in which the auctioneer never faces the winner determination problem.

In many auctions, an item’s value to a bidder increases if another item, or group of items, is also won by that bidder. For example, six chairs and a table offered individually at auction might fetch £100 for each chair and £200 for the table, yielding £800 in revenue:

However, these seven items might fetch more, perhaps £1000, if offered as a complete set:

Figure B. Items offered as a complete set at auction

Therefore, auctioneers have an incentive to allow bids on combinations of items, resulting in more bidding and higher bids, and thus higher revenue, and no bidder will get stuck paying for an incomplete set of items. A combinatorial auction is one where bids are allowed not only on individual items, but on combinations of items—called packages—as well.

The “standard approach” to running a combinatorial auction is to ask bidders in each round to submit their individual bids and package bids. The auctioneer then accepts those bids that together maximise his revenue. This winner determination problem is, unfortunately, in a class of mathematical problems called NP-hard. This means that, as the size of the problem (e.g., number of items in an auction) increases, the number of steps required to solve the problem increases exponentially, and thus the time required to solve the problem increases enormously.

Cambridge professor Frank Kelly and I developed a combinatorial auction procedure called PAUSE (Progressive Adaptive User Selection Environment) where the auctioneer never faces the winner determination problem. PAUSE proceeds in stages. In stage 1, bidders submit bids on individual items only. In stage 2, bidders can submit package bids that contain two items. However, each bidder must submit his package bid as part of a composite bid, which is a set of non-overlapping bids that cover all the items in the auction. Of course, a bidder is unlikely to be interested in all the items in the auction; however, he can fill out his composite bid with previously submitted bids by any of the bidders. In stage 3, bidders can submit package bids with up to three items; in stage 4, up to four items, and so forth, as long as the bids are submitted as part of a composite bid. Each stage can have several rounds of bidding.

The PAUSE procedure is illustrated below. Figure 1 shows six items to be auctioned—think of them as six adjoining parcels of land—and four bidders: blue, red, yellow, and green.

Figure 1. The six items and the four bidders

Figure 3 shows the composite bids submitted in stage 2, round 1. 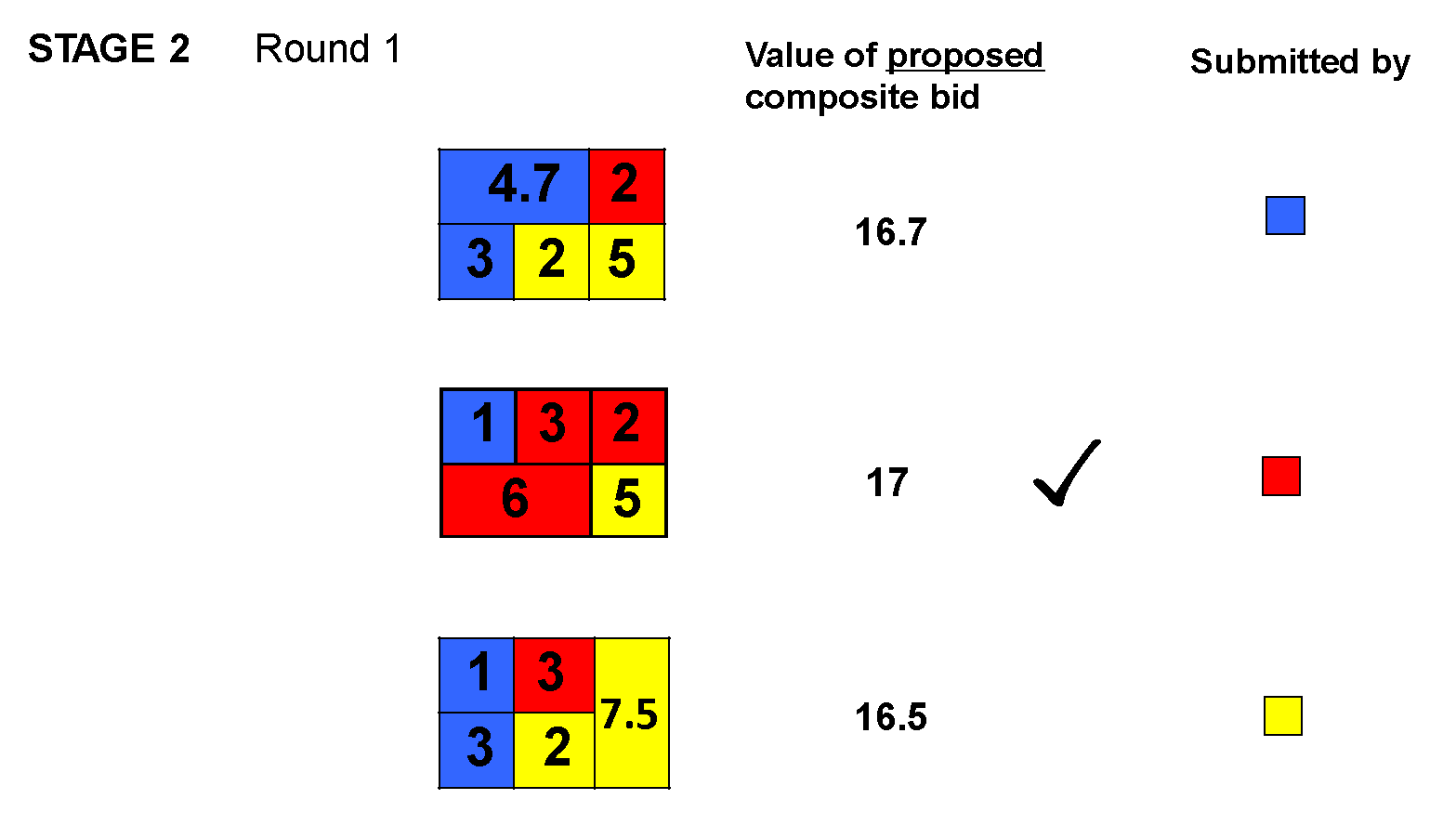 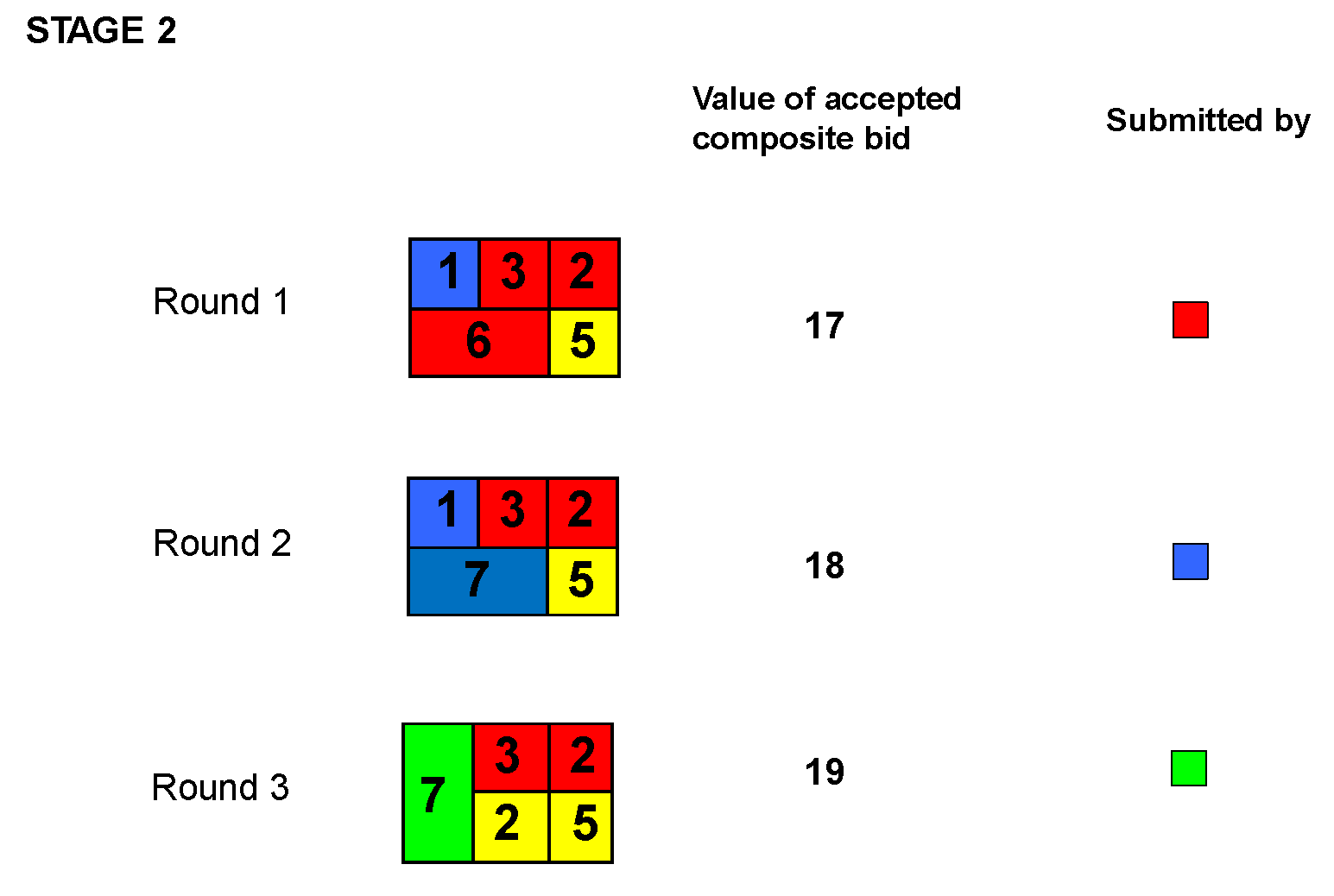 Richard Steinberg is chair in operations research at LSE's Department of Management. He holds a PhD in combinatorics and optimisation. Professor Steinberg has consulted on auction design to the UK National Audit Office, the UK Department of Energy and Climate Change, the directorate-general for climate action of the European Commission, the US Federal Communications Commission, and Innovation, Science and Economic Development, Canada. 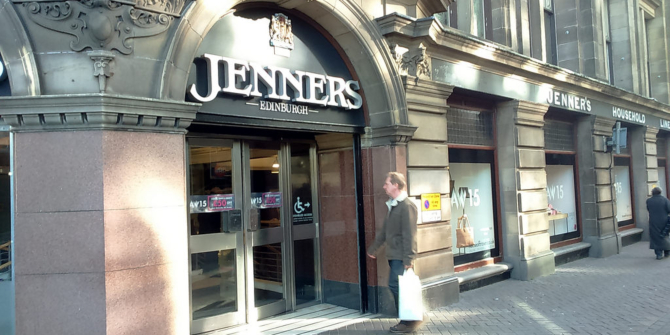 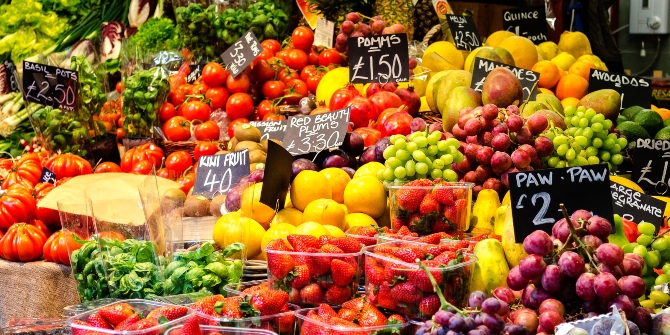 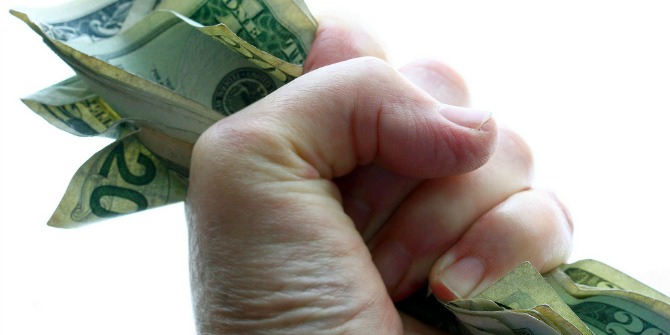