By joining the Global Compact agreement, corporations have committed to adopt the United Nation’s humanitarian framework. However, the Compact’s agenda setting power is not sufficiently strong to overcome its lack of a rigid, comprehensive enforcement system. Gordon Alexander Schlicht writes that the ideological, material, and structural failures of the Compact extend corporate soft power at the expense of the United Nations and its members.

The Global Compact is a non-binding agreement to encourage multinational firms to adopt the UN’s humanitarian framework and make regular public filings with respect to their environmental, social, and governance practices. On the day of its anniversary, 26 July, it boasts the commitment of 16,000+ CEOs across 161 countries. I believe this is no cause for celebration. Instead, we ought to use this moment to reflect on the moral bankruptcy of the Davos approach to state-market relationships.

When the UN Global Compact was unveiled by Secretary General Kofi Annan at the 1999 World Economic Forum, it was marketed as a multilateral face on the corporate marketplace – structured around the UN Development Programme’s (UNDP) broader objectives in human, labour, and environmental rights (UN, 2006). Two decades onward, it not only fails to socialise consensus around such vague promise, but relies overly on voluntary self-compliance to promote effective governance within the “new global public domain” (Ruggie, 2004: 499).

In practice, the Global Compact served to put a palatable, social-democratic façade on neo-liberal corporatism, while upholding the institutional interests of multinational corporations (MNCs) in three key categories: material, ideational, and structural outcomes. Explicitly, it fails to address the expansion of corporate rights and economic liberalisation externalities. Second, it permits corporate “blue-washing” – ideological masking around corporate social responsibility (CSR) initiatives. Finally, it is a meek communicative, rather than legally-binding, framework.

There is perhaps no better introduction to the ideological facet of corporate power than Foucault’s prescient lens on modernisation. While the Compact may constrain the autonomy of MNCs on paper, to pursue profit-maximisation without regard for negative social externalities, it also gives them a seat at the table of “power relations” (Foucault, 1980). By granting participation rights, the institution gives the participant the ability to shape, or enhance to their advantage, the very definition of externalities. MNCs are able to intrude and, eventually, subvert the discourse around the fundamental objectives of the sovereign states that make up the UN. Applying Foucault’s terminology, the Compact may avert corporate “domination” in the unilateral, coercive sense, but it also grants “power” as a product of social contingency. The Global Compact may socialise its goals upon the corporate community; however, socialisation is a two-way street. MNCs can frame the problem and the language used to address it. For instance, CSR: In lieu of capital-R “Requirement”, “Responsibility” averts causal liability for social and environmental side effects of MNCs’ economic activity, without a normative obligation to assume remedy costs. In fact, MNCs can use the UN as a forum to advocate for private sector solutions to the very problems they demonstrably cause. They inject a heavy dose of neo-liberal “market knows best” orthodoxy into multilateral discourse.

An endorsement of the Compact’s labour rights carries only into avoidance behaviour, but seldom proactive countermeasures. While MNCs are routinely caught in violations, they maintain their stance on “avoidance” in the public domain. However, “avoiding” forced labour, anti-unionisation, or discrimination is not the same as “prohibiting” it. Power defines language. Language defines action – or in this case, a lack thereof.

Under the Compact framework, MNCs disguise themselves in the blue flag of the UN to signal compliance and raise their public image, while limiting the downside of breaches. When corporate CEOs join UN functionaries at the podium, they are given a forum to project a joint venture mentality to their global audience. The UNDP guidelines warn that “a mutual image transfer inevitably takes place” when UN agencies coalesce with non-state enterprises (UN, 1999). The UN’s positive image, imbued by post-war multilateralism and humanitarian values, is diluted with corporate entanglement. Participant corporations recast their UN collaboration as endorsement. On stage, Disney and Royal Dutch Shell socialise family values and ecological stewardship, to mirror the anti-child labour (No. 5) and environmentalism (No. 7 – 9) principles (UN, 2006), respectively. Meanwhile, their shareholder reports continue to emphasise labour margin reduction and crude oil demand growth (Disney, 2022; Shell plc, 2022). Such ideological hypocrisy boosts MNC branding and hurts the credibility of UN organisations.

Where it fails as a glorified promotional campaign, the Compact also grants member corporations free reign in economic enterprise. Instead of policing cross-border investment, it concedes authority to non-UN bodies – namely, the WTO. The WTO is a suitable venue to enact legal constraints on MNCs’ home and host governments. However, it has no such authority on firms, and in fact, proliferated an unprecedented wave of corporate rights expansion in the name of free trade over the 1990s and 2000s. For example, it instituted “national treatment” (i.e., equivalent rights/responsibilities to local firms) and “most-favoured nation” (i.e., ibid. to most favourably-treated country) guarantees to firms operating abroad (Hoad, 2002) – to the inordinate privilege of U.S.-based enterprises. In turn, the Global Compact’s self-anointed role as corporate watchdog allows the WTO, a venue with more meaningful “sticks and carrots,” to defer ownership over social, ecological, and moral side-effects of its neo-liberal trade regime.

Lastly, the Compact is encumbered by structural fragility, falling to the common critique that the UN has no legal bite. Its guidelines meekly suggest that participant corporations must self-monitor that activities or products are compatible with UNDP image and ideals, without any reference to legal enforcement mechanisms (UN, 1998). It lacks an oversight apparatus which holds signatories accountable in a consistent, measurable, and responsive way (Simons, 2004: 101). The Compact ought to innovate an instrument that ties its CSR objectives to the fiduciary duties of corporations driven by competition and profit. Compliance violations are not only arbitrary in terms of language, they also do not reverberate to the bottom line in a meaningfully punitive way.

A critical counterargument here is that “socialisation” also extends to the consumer and capital market participants. In theory, companies that routinely violate the trust endowed by the Global Compact should be punished in earnings. There is robust evidence to suggest that ESG indices outperform peer equity benchmarks. Moreover, the notion that capital access “disciplines” corporates has been demonstrated empirically (MacNeil et al., 2006) – but long-term magnitude and directionality of this effect remain unproven. Likewise, consumer tastes are notoriously fickle. CSR initiatives swiftly fell out-of-favour when global conflict threatens access to food, energy, and commodities – as we witnessed recently, upon Russia’s invasion of Ukraine. Meanwhile, profit-reducing CSR initiatives are increasingly perceived as a luxury rather than an obligation with impending recessionary fears. The Compact’s agenda setting power is not sufficiently strong to overcome its lack of a rigid, comprehensive enforcement system.

In sum, the ideological, material, and structural failures of the Compact extend corporate soft power at the expense of the UN and its members.

Gordon Alexander Schlicht is a PhD student in the Department of Politics and International Relations (DPIR) at the University of Oxford. Previously, he was an MSc student the Department of International Relations at LSE. He studies political outcomes in connection with interdisciplinary explanatory variables, chiefly in the realm of macroeconomics and global finance. Website: gordon.bio Twitter: @flasch__gordon 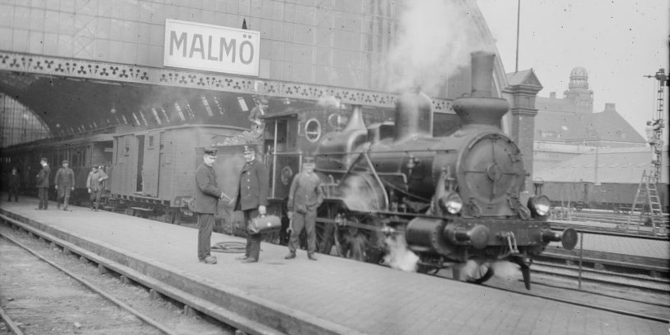 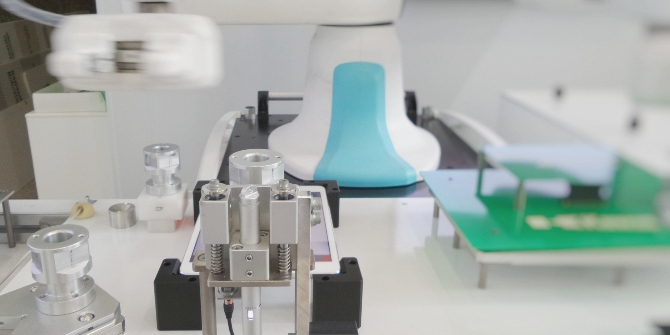 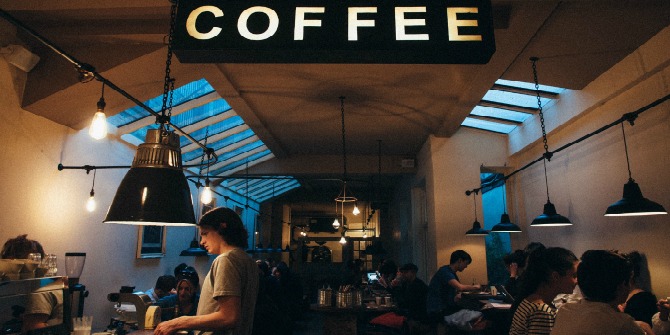