Guest Blog by Amy Cheung: Volunteering with Just Like Us

Guest Blog by Amy Cheung: Volunteering with Just Like Us

In October 2020, I decided to start volunteering as an LGBT+ ambassador for Just Like Us. The role mainly consists of delivering school talks about growing up LGBT+ to improve the environment for LGBT+ young people. However, there were also other activities that I was involved in. For example, I took part in the filming of a Just Like Us promotion video for Black Pride where I spoke about the impact of Chinese LGBT+ representation in the movie ‘The Half of It’ and I have also been part of the Welcome project for 2021, to help organise events for the induction of new ambassadors.

At first, I was anxious about volunteering for Just Like Us. As someone who was in the closet for most of her life, I questioned whether I would be capable of educating future generations about being LGBT+. I had barely interacted with others who were LGBT+, so being part of the Just Like Us community would come with its own challenges. Adding onto these fears, my public speaking skills were not particularly great – honestly this was probably a recipe for a disaster!

However, my strong belief in the charity’s mission motivated me to join as they aim to “empower young people to champion LGBT+ equality.” Being LGBT+ in school is still difficult, with reports highlighting alarming statistics such as how 85% of LGBT+ young people hear homophobic remarks regularly. Knowing that LGBT+ students were missing school because of their sexuality or gender identity – something they had no control over, showed me that much more still had to be done. 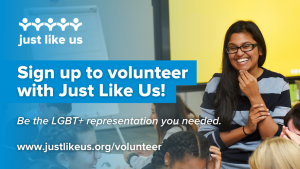 Just Like Us is a storytelling charity. Therefore, the central part of each talk is the personal stories ambassadors share with the students about their own experiences of growing up LGBT+. By telling my own story as a Chinese lesbian, I could be the representation that I never had so that students knew that they were not alone, and they could also learn how to become good allies. This helped me to realise that I did not need to be an expert in all things LGBT+ to help LGBT+ young people, instead I just needed to be willing to tell my story.

Despite almost all my volunteering being online, the atmosphere surrounding the Just Like Us community was highly welcoming and inclusive. I have (virtually) met many people of a variety gender identities and sexualities, allowing me to form connections with those who had similar struggles and with others who had completely different experiences. I’m constantly learning more about the LGBT+ community and Just Like Us has helped me on this journey.

Before I started to deliver to the school talks, I received comprehensive virtual training with my peers throughout October. This included how to form my ‘Growing up LGBT+’ story, how to interact with others in the community and how to become a better public speaker, with the help of some charity partners including BlackRock. Hence, my interpersonal and communication skills have strongly improved.

After some practice talks and a mock practice where I was judged on whether I was ready, I started to deliver virtual school talks with other ‘school-ready’ ambassadors. Virtual talks allow flexibility for your schedule, but soon in-person talks will also resume. I have now delivered talks to almost 600 young people, where schools range from mixed academies to private all-girls boarding schools. It is very rewarding to know that giving these talks could have helped even just one young person in understanding their identity.

To volunteer as an LGBT+ ambassador, you don’t have to be out, nor do you have to be 100% sure of your gender identity or sexuality. If you are 18-25 years old and identify as LGBT+, consider signing up to the ambassador programme now to help increase LGBT+ equality for future generations! 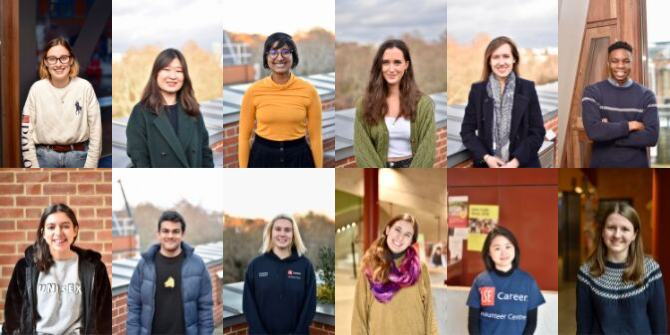 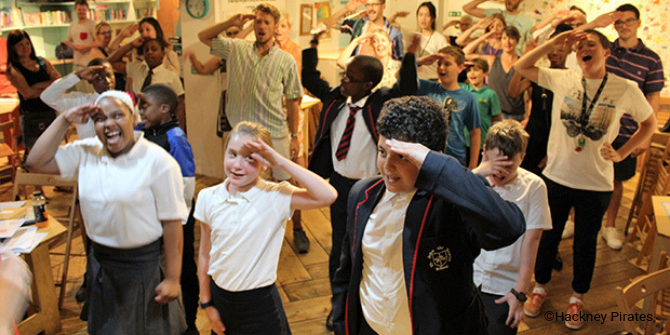 Guest blog by Beth Wilson: Volunteering at the Literacy Pirates

Alternatives to careers in consultancy – some ideas

Five tips for launching a “tech for good” startup

Bad Behavior has blocked 1381 access attempts in the last 7 days.