The relationship between China and some Western countries has dropped to a low point in recent years around various issues, such as Huawei, Xinjiang, Hong Kong and Taiwan; and China’s flagship international language and culture promotion organisation – the Confucius Institute (CI) – has become the latest victim in this politicised, deteriorating relationship.

The number of CIs in the USA has dropped from more than 100 to less than 20 in five years, following the Trump administration’s strong anti-China stance and, specifically, the passing of an amendment to the National Defence Authorisation Act for 2019 forcing US universities and colleges to choose between Chinese and federal funding. Although there have been many allegations about the CIs’ relationship with the Chinese government and the institutes’ alleged meddling in US academic freedom, multiple investigations into the CIs, including by the US Government Accountability Office (2019), the US Senate Committee on Homeland Security and Governmental Affairs (2019), the US National Association of Scholars (2017) and the Hoover Institute (2018), have found no strong evidence to support these claims. Critical academic analysis of the role of the CIs by Jamie Horsley and Edward McCord have further contributed to a measured understanding of the CIs in the US.

This crucial amendment to the Higher Education Bill is being made on the basis of no critical review of the contribution of the CIs to Chinese language and culture provision under the oversight of a series of academically independent British universities.

However, it seems that evidence is no longer important now in the UK. What is more important is that a climate of questioning, and potentially closing, the CIs has been created. Unlike Japan where, following the wave of CI closures in the US, the Japanese Ministry of Education has launched a review of the CIs in Japan regarding their funding, number of students and whether they intervene in university research, allegations against the role of the 30 CIs in the UK are on the rise.

A lobby group of some 20 MPs of the UK Parliament, linked to the China Research Group (CRG) and the Inter-Parliamentary Alliance on China (IPAC), have passed an amendment to the Government’s current Higher Education (Freedom of Speech) Bill to require universities to monitor the overseas funding of higher education providers. The Bill has now to go to the House of Lords, but the accompanying debate on the 13th June in the Commons focused much attention on the CIs in the UK, and made the usual allegations about their being ‘an arm of the Chinese state’, ‘spying’ on other Chinese students, ‘their strangulation of free speech’, and even their ‘undermining our national security’ through their role in UK higher education. The universities could be required to provide a non-CI equivalent or even to close the Confucius Institutes altogether. It can be easily found that the main points alleged in these lobby groups’ claims echo the very ones discussed and dismissed in the US, but with at least one factual error, i.e., the CIs are no longer directly supervised by the Chinese Ministry of Education. Since June 2020, the CIs have been under the supervision of the Chinese International Education Foundation – a non-profit charitable social organisation.

There is little doubt that an artificial controversy has been very recently created by these lobby groups around the role of the CIs in providing access to Mandarin language and Chinese culture in the UK since 2005. Unlike the US where serious analysis has been undertaken on the role of the CIs, as mentioned above, in the UK this crucial amendment to the Higher Education Bill is being made on the basis of no critical review of the contribution of the CIs to Chinese language and culture provision under the oversight of a series of academically independent British universities.

The old joke goes that when a traveller asked for directions, an Irishman answered, ‘Well, I would not start from here.’ Indeed. It was a bad decision ever to allow Confucius Institutes (CIs) into our universities.

In effect CIs come under the Chinese ministry of education, and education is a sector controlled very tightly by the Chinese Communist Party (CCP). Its General Secretary Xi Jinping believes strongly that he can ‘forge the souls’ of the young. And as the martyr to human rights, Liu Xiaobo, remarked, it would be perverse to expect that the behaviour which the CCP demonstrates within China would not be replicated outside China.

In the internal Party document no 9 of April 2013, the CCP made clear its hostility to the ‘universal values’ espoused by liberal democracies. Among these are academic freedoms, not least in the prohibition against ‘historical nihilism’, or the denial of the Party’s version of history, a crime which has the effect of banning academic search for the truth. Most CIs will not include in their teaching material or talks any reference to the ‘three Ts’ (Tibet, Taiwan, Tiananmen), except in the distorted narrative of the CCP. As a matter of principle, should UK universities be supporting a CCP controlled organisation whose institutes to varying degrees oppose our values?

It was a bad decision ever to allow Confucius Institutes into our universities.

The close integration of CIs with our universities also helps some of the less palatable programmes of the CCP, such as access to the data of those who come into its fold. This may help the CCP to identify our scientists, whom it might inveigle into advancing its programmes, many of which fuse military and civil uses. Or the data of others who may go into government work. I know of one senior academic in our universities with a Ministry of State Security background. There are likely to be others.

The degree of UK support for CIs varies. Some receive UK government money designated for Mandarin language learning. Most, if not all, benefit from premises on university campuses for which they do not pay (it is true that in return our universities do not pay fully for the tuition provided). But should we be subsidising an organisation which is in effect a department of a hostile foreign government?

Still, to return to the wisdom of the Irish, we are where we are. Should we ban CIs? I would answer, no, but with four tight conditions. There must be:

Infringement of the above should lead to closure.

There remains perhaps a bigger question: to what degree should we allow into our universities staff who are CCP members? Let’s be clear: membership of the CCP is not the same as membership of Labour, the Liberals or the Conservatives, parties which are not self-declared opponents of our systems and values. A glance at the Party oath underlines the difference. The oath ends with a promise of fealty: ‘….[to] be loyal to the Party, work hard, fight for communism throughout my life, be ready at all times to sacrifice my all for the Party and the people, and never betray the Party.’

Surely CCP members should be banned from certain faculties, in particular those doing important science and technology research which could have relevance to our security and economic prosperity. In other faculties, such as Chinese politics, it may be an advantage to have a CCP member on the staff. He or she will have valuable insights. But such membership should be declared, with dismissal the reward of those who dissemble.

We have a long way to travel and we don’t need to ask an Irishman for directions. They are clear.

Kenneth King was Director of the Centre of African Studies and Professor of International and Comparative Education at Edinburgh University for many years and is now Emeritus Professor in its Schools of Education and of Social and Political Studies. His research focuses on international education, aid policy, and skills development.

Charles Parton is an associate fellow of the Council on Geostrategy, RUSI and Merics. He was a British and EU diplomat for 37 years.

Posted In: Ask the Experts | Security

Behind Huawei: The Battle for Communication Networks 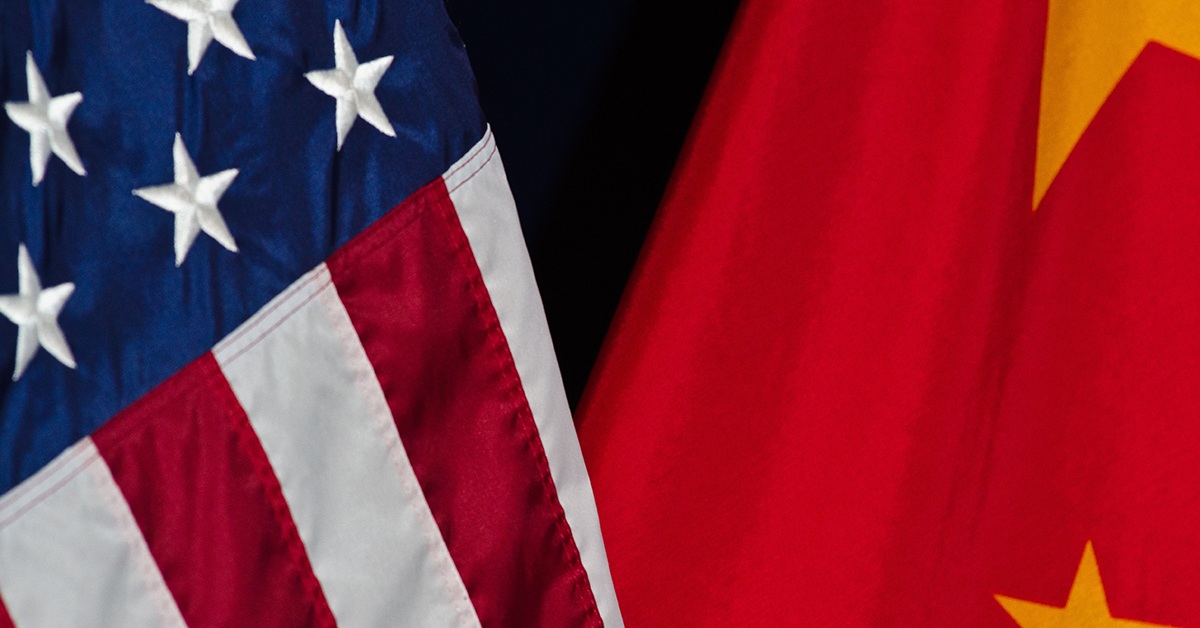