We regret to announce the death of Dr John Lane, who passed away in Singapore earlier this year. 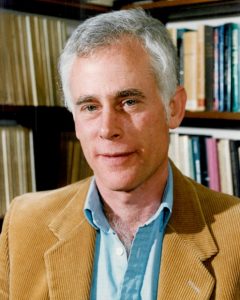 John gained his PhD at Stanford University, and joined the LSE Department of Economics as a lecturer in 1971. He also held visiting appointments at Wisconsin University, Yale University, the State University of New York, the University of California at San Diego, Queen’s University Canada, and the New Economic School in Moscow.

John taught mathematical economics, econometrics, and general equilibrium theory. His early research interests were in the areas of technological change, optimal growth theory and the economics of exhaustible resources. Later, he worked on health economics, particularly the economics of uncertainty as applied to medical decision making. His work was published in the International Economic Review, the Review of Economic Studies and Econometrica, amongst others.

John retired from the LSE in September 2008, and relocated to Singapore, where he joined the Nanyang Technological University, teaching economic analysis, taxation and fiscal reform, labour and education policy, and applied mathematical economics in the School of Humanities and Social Sciences. More recently, he taught on the Global Master of Finance Degree at Singapore Management University.

He continued to be engaged in the London University external (international) programme with particular reference to South East Asia, regularly returning to London to act as an external examiner.

In response to the sad news, Professor John Sutton said: “John was a wonderful colleague, invariably cheerful, with a keen sense of humour and never without a story to tell…it was always a joy to see him on his continuing summer visits, and all his old friends in the department will greatly miss seeing him approach along the corridor with that inimitable smile of recognition.”