In memory of Richard Goeltz 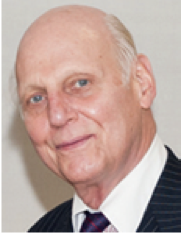 The LSE community is saddened by the loss of Honorary Fellow and Distinguished Alumni Leadership Award Recipient Richard Goeltz who passed away on March 23, 2020.

Richard attended LSE as a General Course student in 1962-63 and received his BA with honours in Economics from Brown University in 1964. He earned his MBA from Columbia Business School in 1966.

Richard had a distinguished career in corporate finance, serving most recently as Vice Chair and Chief Financial Officer of American Express from 1996 until his retirement in 2000. From 1992 to 1996, he served as Group Chief Financial Officer and a member of the Board of Directors of NatWest Group, the parent of National Westminster Bank, PLC.  Prior thereto, he was Executive Vice President and Chief Financial Officer at The Seagram Company Ltd.  He joined Seagram in 1970 as a financial analyst, was promoted to Treasurer in 1973 and to vice President, Finance, in 1976.  Before joining Seagram, he spent four years at Exxon as a financial analyst in the Treasury Department. In retirement, Richard served on several corporate boards including Aviva plc, Delta Airlines, the Federal Home Loan Mortgage Corp. (Freddie Mac) and Warnaco. He was also a director of the European Equity, New Germany and Central Europe, Russia and Turkey Funds.

In addition to his corporate work, he was a trustee of the American Academy in Berlin, a director of the London Philharmonic Orchestra Trust, the English Chamber Orchestra and the Opera Orchestra of New York and member of American Friends of Covent Garden and the Board of Overseers of Columbia Business School.

Richard believed that of all activities in retirement, his work with LSE was the most rewarding both intellectually and personally. He was a tireless supporter of the School who provided enormously generous and sage counsel. He was a long-time member of the Court of Governors and served for more than a decade on Council and many of its standing and ad hoc committees, including pre-Council Chairman’s meetings under Lord Grabiner and Peter Sutherland. He was a member of the Finance Committee and chaired the Business Modelling Group which was essential in strengthening the School’s financial planning process.

The fact that Richard and his wife Mary Ellen split their time between London and New York gave him a unique perspective on LSE, allowing him to be deeply involved with School governance while also serving as a key alumni supporter and advisor in North America. He was an inaugural member of the North American Advisory Board which has advised LSE’s Directors and raised funds for the School since its founding at the behest of Howard Davies in 2007, and served on the Board of the LSE Centennial Fund, now known as American Fund for LSE.  Richard and Mary Ellen warmly and generously hosted numerous events for LSE faculty, alumni and supporters at their homes on both sides of the Atlantic.

Richard was a significant, generous donor to LSE for many years and was listed on the Benefactors’ Board in 2013. He has supported numerous projects, including undergraduate and postgraduate scholarships, the Library, the New Academic Building and the Annual Fund. The Richard Karl Goeltz Scholarship Fund and the Adeline and Karl Goeltz Scholarship Fund (named for his parents), support PhD students in the Department of Economics. When asked about his enthusiastic commitment to LSE, he said: “The School makes an investment in students that yields substantial returns for them and society. There is a supreme moral obligation for those who have benefited to help perpetuate a fine institution and enable successors to have the same opportunities and advantages. I hasten to add reciprocity does not mean only money. Time, talent, wisdom and work are equally valuable.”

For his enormous service and devotion to the School, Richard was made an Honorary Fellow in 2015. He also received the inaugural Distinguished Alumni Leadership Award at the LSE Alumni Forum in New York in May of that same year.

Permeating all of Richard’s dealings with the School was his personal warmth, leading to friendships with many members of the wider School community on both sides of the Atlantic. In many cases his counsel to Chairs and Deputy Chairs of the Court and to successive Directors grew into friendship; and his friendships with academic colleagues, often through lunches whenever he was in London, were wide and deep. He wanted to talk about the School but was equally interested in discussing the research and policy work of individual academics. Those who were lucky enough to know him that way talk of a continuing dialogue punctuated by letters from Richard (mostly handwritten) accompanied by newspaper cuttings or book recommendations. The School has lost a great servant; many members of the School community also feel a deep personal loss.

Richard is survived by his wife of 31 years, Mary Ellen Johnson.

1 Response to In memory of Richard Goeltz