TV bulletins have reported on the extra dangers ethnic minority health workers have faced during the pandemic, but are less interested in how the hostile environment affects BAME and migrant workers. Analysis by Marina Morani and Lizzy Willmington (Cardiff University) also finds that BAME people are almost entirely absent from human interest stories.

Ethnic minority communities are particularly badly affected by the COVID-19 pandemic. Even when the country is united in the face of a global health crisis, stigmatising attitudes towards black and ethnic minority people in Britain still prevail. From the stereotyping of certain nationalities falsely identified as causing the spread of the virus to conspiracy theories targeting faith groups, a wide variety of disinformation has targeted ethnic minorities, religious groups and national communities.

Balanced, informative and inclusive media narratives that reflect the lives, concerns and interests of diverse audiences are crucial for news reporting. During the pandemic, the public has relied on broadcast media for trusted information. One of the main aims of public service broadcasting is to address and represent diverse audiences, but a recent Ofcom report on diversity found that viewers from ethnic minority backgrounds did not see their viewpoints reflected in TV bulletins.

Our study of UK television news coverage of COVID-19 show that broadcasters have regularly reported on healthcare and key workers from ethnic minority and migrant backgrounds, reporting growing concern for their disproportionate mortality rate while emphasising their crucial contribution as essential workers. At the same time, our analysis highlights a lack of scrutiny of domestic immigration policies. It also points out that human interest stories under-represent the interests, concerns, and charitable activities of the different resident communities.

Our content analysis of over 600 items between 14-25 April 2020 from the main UK evening TV news bulletins (BBC News at Ten, ITV News at Ten, Sky News at Ten, Channel 5 at 5pm and Channel 4 News) found that just 31 stories (5%) focused on issues concerning ethnic minorities or migration in the context of the health crisis.

The dominant story in our sample was the increasing concern about the vulnerability of Black, Asian and ethnic minority (BAME) frontline workers. Although tributes to victims of the virus routinely featured in all broadcasts, it was only after the British Medical Association called for an investigation that the ‘ethnic minority’ background of victims became ‘newsworthy’ and part of a much bigger story investigating the disproportionate impact of the virus on minorities.

One such story in our sample pertained to the British doctor of Sikh heritage Manjeet Singh Riyat, whose death was prominently featured on 21 April across all broadcasters. As well as highlighting his professional commitment and dedication through tributes from colleagues and family,  the stories emphasised the need for an investigation to fully understand the risk factors for BAME communities in the UK.

A climate of rediscovered appreciation for the contribution and sacrifices of frontline workers, including from the Prime Minister himself, raises the question of whether attitudes towards ethnic minority and migrant workers have become less hostile. Channel 5 ran a story with a Spanish nurse speaking about his experiences in the NHS, recalling that previously his work was not highly valued and public attitudes towards foreign-born health staff were not so appreciative:

“I think this coronavirus has made Britain a bit more human… In the last two weeks I have gone from being a low skilled worker to being a key worker. It has given me a bit of hope that the government have realised – and the people also have realised – how important migrants are to help society function”.

However, long-standing restrictive measures such as the immigration health surcharge remain in place, particularly for migrant workers. ITV was the only broadcaster in our sample to report the NHS surcharge increase from October for non-EEA nationals, and a particular story on 23 April of an NHS nurse facing the £624 surcharge fee six times over for her and her family. In the interview, she calls for the government to scrap the charge, which penalises international staff working in the NHS.

Overall, domestic immigration policy as it affects the lives of migrant workers remains in the background of the majority of the stories, if it is present at all. Despite three stories reporting on Britain’s reliance on seasonal migrant workers – with farmers highlighting the experience and efficiency of returning Eastern European workers – the points-based UK immigration bill which passed its second reading just a few weeks later proposing further restrictions to overseas and ‘low skilled’ workers was not discussed, scrutinised, or even referenced in any coverage.

Beyond the worries healthcare workers have about their immigration status and fear of catching the virus, the issue of racism was hardly covered in our sample. While two pieces – on Channel 5 and ITV – reported that they were the target of violence and abuse, these did not feature members of ethnic minorities affected or discuss racially motivated abuse despite recent cases targeting healthcare and key workers. However, Channel 5 briefly reported on a viral video featuring migrant, black and minority ethnic key workers reciting an anti-racist poem.

Other stories representing the different resident communities in Britain were limited in range. The Muslim community preparing for Ramadan in lockdown received some in-depth coverage, while ITV reported on a video appeal by British Asian celebrities aimed at promoting safety measures within that community. In the only international report concerned with ethnic minorities in our sample, Sky News reported on the African American community in Louisiana, filming in a poor neighbourhood in New Orleans severely hit by the crisis.

Furthermore, we found that human interest stories of solidarity about individual campaigners or charity groups tend to be overwhelmingly ‘white’ and dominated by Captain Tom Moore’s fundraising efforts, or the Clap for Our Carers event routinely reported at the end of the bulletins. Only one story out of 49 human interest stories in our total sample focused on a person from a BAME background – a feature on 73-year-old Rajinder Singh releasing fitness videos to help alleviate loneliness in the Sikh community and raise money for the NHS.

Meet the 73-year-old who's becoming known as the Skipping Sikh.

When the lockdown began, Rajinder Singh was worried that the closure of Sikh temples would leave some in the community feeling isolated.

Well, using his initiative, he's now an unlikely fitness coach to many. pic.twitter.com/49AAyjrgvS

The potential for a renewed narrative on migration

Our analysis shows that Black, Asian and ethnic minorities’ health concerns are being reported along with their sacrifices and commitments. This means there is significant potential for a renewed debate on migration and cultural diversity about inequalities in Britain. At the same time, inclusive and informative reporting in the context of a global health crisis requires in-depth scrutiny of domestic immigration policy and the long-standing resistance to ending the hostile environment for migrant workers and minorities. BAME communities also need to feature prominently in feature stories.

Lizzy Willmington is a Research Assistant and Cardiff University School of Journalism, Media and Culture, and PhD researcher at Cardiff Law School.

The ‘hospectacle’ of reporting from ICUs: what does the public want to see? May 29th, 2020 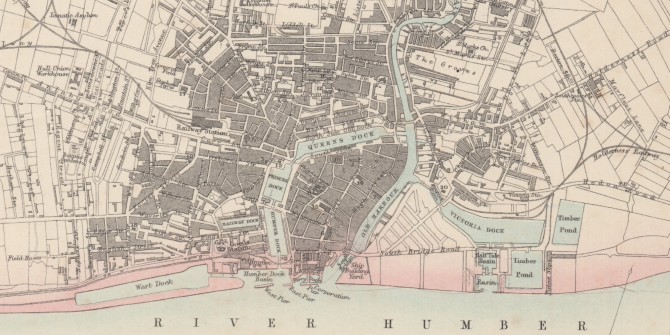 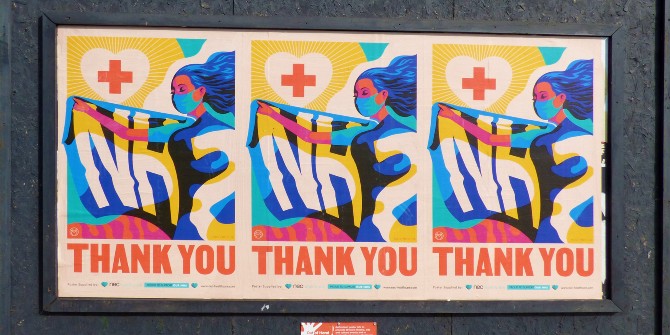