The majority of women in Mexican cities depend on public transport to get to their jobs. Yet sprawling urban development and a lack of safe, well-connected transport infrastructure means they are denied mobility and the opportunities that come with it. Catarina Heeckt (LSE) and Anamaría Martínez (WRI Cities) say the government must look at transport through a gender lens as Mexico emerges from the pandemic.

Mexico’s urban sprawl, car dependency and wildly disparate access to opportunities have deepened the impact of COVID-19 on marginalised communities. The pandemic has also underlined the need to focus not just on mobility (how efficiently people can move around a city) but also on urban accessibility – whether they can readily access jobs, services, goods and other key resources.

This is a particular challenge in the rapidly growing peripheries of Mexican cities, where dispersed and disconnected housing development is outpacing the delivery of formal public services. This has serious implications for women in particular, who are much more likely to rely on public transport than men. Not giving women equal access to urban opportunities through well connected and safe public and active transport infrastructure has serious economic and social consequences. It will make it harder for Mexico to recover from the pandemic.

In Mexico City, 90% of women report having experienced some form of violence on their daily commute

We know that gender shapes mobility behaviour – affecting everything from mode choice to travel times, preferred routes and even clothing. Women on the whole tend to have more complex and varied travel patterns than men, often travelling at off-peak times and engaging in many smaller trips, an activity known as ‘trip-chaining’. Yet the gendered dimension of urban accessibility continues to be largely ignored in policy-making, and transport planning in particular.

While a minority of wealthier women may have been able to shift to home working or commuting in the safety of their private vehicles, the majority of Mexican women continue to depend heavily on public transport during the pandemic. In Mexico City, where 74% of all trips are completed on collective transport, 90% of women report having experienced some form of violence on their daily commute. The pandemic has made these arduous and unsafe journeys worse, forcing women to navigate difficult trade-offs between paid and unpaid work or between their own safety and their caring responsibilities for children and the elderly – all while faced with limited and sub-optimal mobility options, and unpredictable and lengthy commute times.

Deeply ingrained cultural norms and gender roles in Mexico have played a part in exacerbating the effects of the pandemic. There has been a worrying increase in domestic violence and femicide in Mexico, adding to an already troubling situation when it comes to violence against women. Despite low female labour force participation rates of only 41.7% (compared to 73.5% for men), many essential jobs, including more than 70% of paid care work, are done by women. This work increases women’s exposure to the virus, compounded by the fact that they also shoulder more than 75% of unpaid care and housework. They are also more likely to take precarious jobs in the informal economy, which have increased for women during the pandemic.

Even though the pandemic has clearly had a negative impact on female mobility in Mexico, this does not have to be a permanent legacy of the current health crisis. There is a real opportunity to transform Mexico’s urban land use and transport systems to give women more access to a wide range of urban opportunities, beyond the private sphere of the home. Designing urban mobility systems with the needs of women (or children, the disabled, and the elderly) in mind leads to higher quality, safer and more efficient transport for all urban residents. Mobility for all is an essential precondition to reactivate the economy, and ensure that Mexico can recover quickly from the huge economic and social shock of the crisis.

An increasing number of cities are confronting the challenges head on. Under the leadership of Mayor Claudia Sheinbaum, Mexico City introduced a Gender and Mobility Plan 2019-2024, which addresses women’s different mobility needs and tackles issues such as harassment and unequal participation. This mirrors efforts in other Latin American cities such as Bogotá and Medellín.

Despite these important city-level efforts and the fierce advocacy of feminist activists and civil society groups, national government action still lacks a thorough gender lens to understand Mexico’s deeper problems. The current administration, which came to power in 2018 promising to fight for the most vulnerable Mexicans, has embarked on an unprecedented austerity drive. This has been used to justify cuts to a number of programmes that directly or indirectly benefited women, including a 75% reduction in the budget of several federal entities such as the National Institute of Women, a near total stop to any national support for urban mobility projects through the elimination of the Metropolitan Fund, and the future of the National Infrastructure Fund (FONADIN) in doubt. Without clear leadership at the national level, many smaller cities with fewer resources and less capacity to tackle this challenge risk being left behind. This is why a national urban mobility and land use strategy that explicitly incorporates a gender perspective is so essential.

More money will be spent on the recovery from COVID than in generations. It will not only shape the future of urban development in Mexico, but determine whether or not women benefit. A couple of fairly obvious ‘win win’ solutions would begin to address the issue of gender equality in transport and build resilience in Mexican cities.

Mainstream gender equality across all areas of urban policy-making

Gender mainstreaming means integrating a gender equality perspective into all stages and levels of policies, programmes and projects. This would require the adoption of a national urban policy (which Mexico does not have) that explicitly recognises the importance of eliminating gender biases in urban planning. That policy should set out clearly defined roles, a mechanism to coordinate planning and collaboration across sectors and levels of government, and provide an overarching vision to ensure policy coherence and incentives for more sustainable and equitable urban practices.

Include women in decision-making and collect gender-disaggregated data

The Mexican government should invest in programmes to ensure there are more women in leadership positions across all levels of government. Since policy is only ever as good as the data that informs it, expanding gender-disaggregated data collection and evaluation of projects will also play an important role in ensuring that women’s needs are at the centre of future transport and accessibility initiatives.

Gender-responsive budgets can help to improve the effectiveness, efficiency, accountability and transparency of government policy. At present, less than 10% of federal transport funding nationwide is spent on public transport, even though more than 50% of all trips are completed that way. This does not necessarily require an increase in the overall transport budget, but rather a re-prioritisation towards investments that reflect the mobility needs of women by focusing on public and active travel. Funding new infrastructure is essential, but it will need to be accompanied by ongoing investments in operations and maintenance to ensure the experience of using these modes is safe, pleasant and efficient for women.

This post builds on new research by LSE Cities, OECD and WRI Mexico for the Coalition for Urban Transitions that identifies what the Mexican government can do to support more compact, connected, clean and inclusive cities, and how such reforms could fundamentally transform the urban experience in the post-COVID era.

Anamaría Martínez works as a research coordinator for WRI Mexico where she works on urban mobility projects that incorporate a gender and social equity perspective.

Not pedestrian enough: the need for walking infrastructure in the COVID era November 5th, 2020 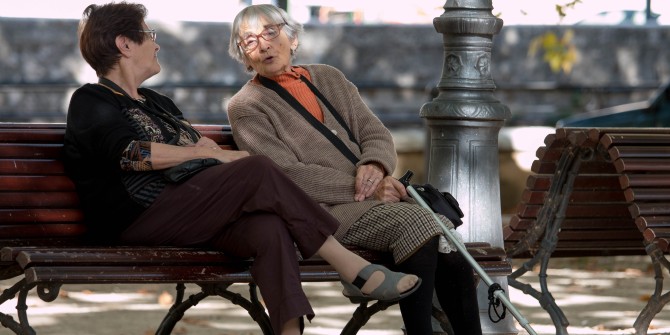 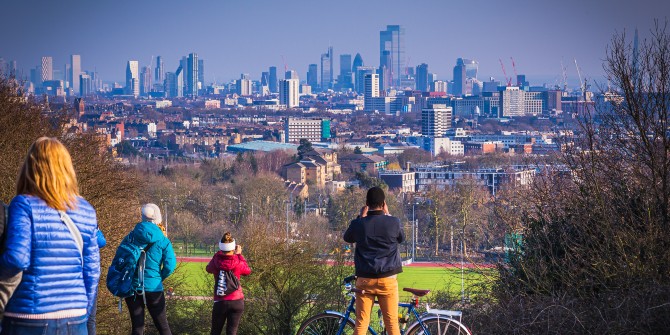 How many people will carry on working from home? The answer will determine the future of central London