With half its population back in lockdown, Australia’s strategy of COVID elimination is looking increasingly untenable. A new National Plan aims to open the country up in stages – but it depends on far higher vaccination rates. Asha Niall (LSE) warns that better coordination between states and the federal government will also be crucial.

Once the poster child for managing the COVID-19 pandemic, Australia’s focus on elimination and control is increasingly untenable. Seven cities are either in lockdown or under restrictions, the highest number since national arrangements were introduced in March 2020. This is partly a result of poor coordination and responsiveness between state and federal governments.

Australia is in an unusual position. As a well-resourced, prosperous island country, it can control the spread of COVID by closing its international border. Significantly, it also has a three-tier system of government with strong state powers. This has been useful, as it allows for both international and domestic border closures to contain the virus. However, coordinating a national COVID strategy between states, and then with the federal government, is complex.

The federal government controls the international border and accompanying biosecurity and quarantine arrangements. Australia’s international border remains closed, with all arrivals – including Australian citizens and permanent residents – capped at 6,070 each week until 14 July, when the quota will be halved. International arrivals must spend 14 days in supervised quarantine. While there is a dedicated quarantine facility in the Northern Territory, most people spend this time in repurposed hotels in Australia’s major cities. Hotel quarantine is a massive logistical task, managed by the states on behalf of the federal government. This has been mostly effective, but outbreaks have leaked into the community.

Each time there is an outbreak, states further restrict their capacity, rather than redesigning the mandatory quarantine process. While states are responsible for the implementation and administration of mandatory hotel quarantine, because international biosecurity is a federal responsibility, they have limited recourse to change the arrangements.

Responsibility for redesign lies with the federal government. But it is often one step removed from the immediate feedback of implementation. This means it is generally not best placed to design initiatives it is not responsible for implementing. Supervised mandatory quarantine is no exception. Despite repeated requests from multiple states to build more dedicated mandatory supervised quarantine facilities only one, with an initial capacity of 500, has been approved in Victoria.

Essentially, this squeezes the states: they are responsible for administering a quarantine system over which they have limited control. At the same time, states are responsible for the operational delivery of health care and public health services, including contact tracing, for their residents. Contact tracing is extremely resource intensive even if there are relatively few cases. Where there are 100 new cases a day, tracers may need to be in touch with 1,000 to 2,000 contacts within 24 hours. State capacity can quickly become overwhelmed as a result. This is partly why, 18 months into the pandemic, Australia is again experiencing widespread restrictions.

There are considerable economic, moral and cultural costs to long term border closures. The longer Australia focuses on elimination as a strategy, the less socially and economically sustainable it becomes. Following an emergency National Cabinet meeting on 2 July, the Prime Minister announced a shift in approach to managing COVID in Australia. The National Plan, agreed in principle by each state and territory, seeks to move the aim from suppression of community transmission to prevention of serious illness. However, some states maintain that hotel quarantine puts too much pressure on their governments to achieve this and have successfully lobbied the federal government to halve the hotel quarantine cap to 3,035 places.

Until vaccination rates rise, Australia will be stuck in its current loop

The federal government is responsible for coordinating the pathway away from ‘enhanced’ measures and towards business-as-usual arrangements. Coordination between state and federal governments will be central to the success of the National Plan.

The Plan sets out four stages, each stage demarcated by vaccination thresholds. However, the vaccine rollout – another federal government responsibility – has been slow. As of 5 July, just over 7% of Australians have been fully vaccinated. This is a result of a combination of limited supply, poor public messaging and low take-up due to a perceived lack of urgency. Australia will not be fully vaccinated until mid-March 2022 if it continues at its current rate.

Coordinating a cohesive approach is the easy part. Facilitating institutional learning between and across multiple jurisdictions in real time is less straightforward

The federal government seeks to manage this by asking the states to opt in to trial a range of alternative mandatory quarantine pilot programmes, including for student and economic visa holders. This will help to develop, test and implement arrangements to reopen the border in a responsible way. However, each state has its own bureaucracy, rules, and politics that must interact with the others, as well as with the federal government. This creates coordination challenges at multiple levels.

The Plan must also aim to address some of the coordination failures between various levels of government. Coordinating a cohesive approach is the easy part. Facilitating institutional learning between and across multiple jurisdictions in real time is less straightforward. Aiming for the eventual reopening of Australia’s international borders by testing the efficacy and scalability of alternative mandatory quarantine models is a strong first step, but the federal government should commit to more than just pilot projects.

However, this must be done with the explicit aim of coordinating information and advice. The National Plan relies on high vaccination rates. Until they rise, Australia will be stuck in its current loop.

Asha Niall is a Master of Public Policy student at the School of Public Policy, LSE and has worked extensively in emergency management for the Victoria government in Australia.

A roadmap to reopening Australia May 19th, 2021 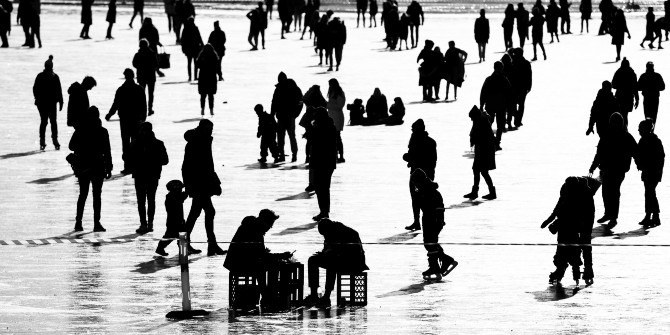